HomeMusicA man and his van: Dave Grohl on the romance and stank...
Music

A man and his van: Dave Grohl on the romance and stank of life on the road 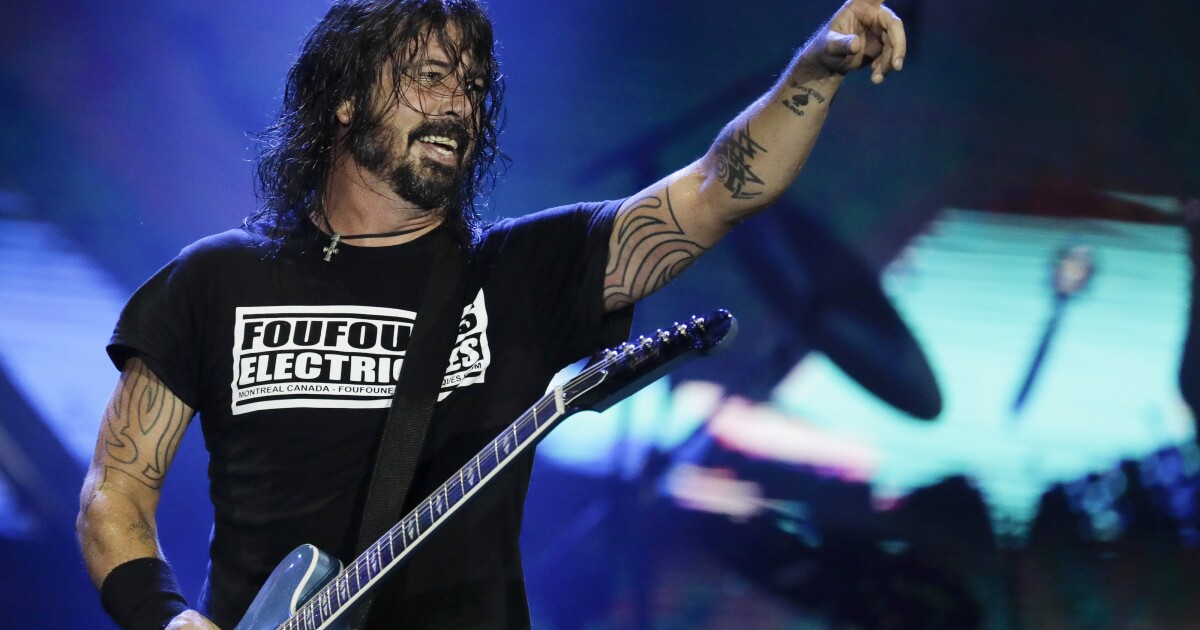 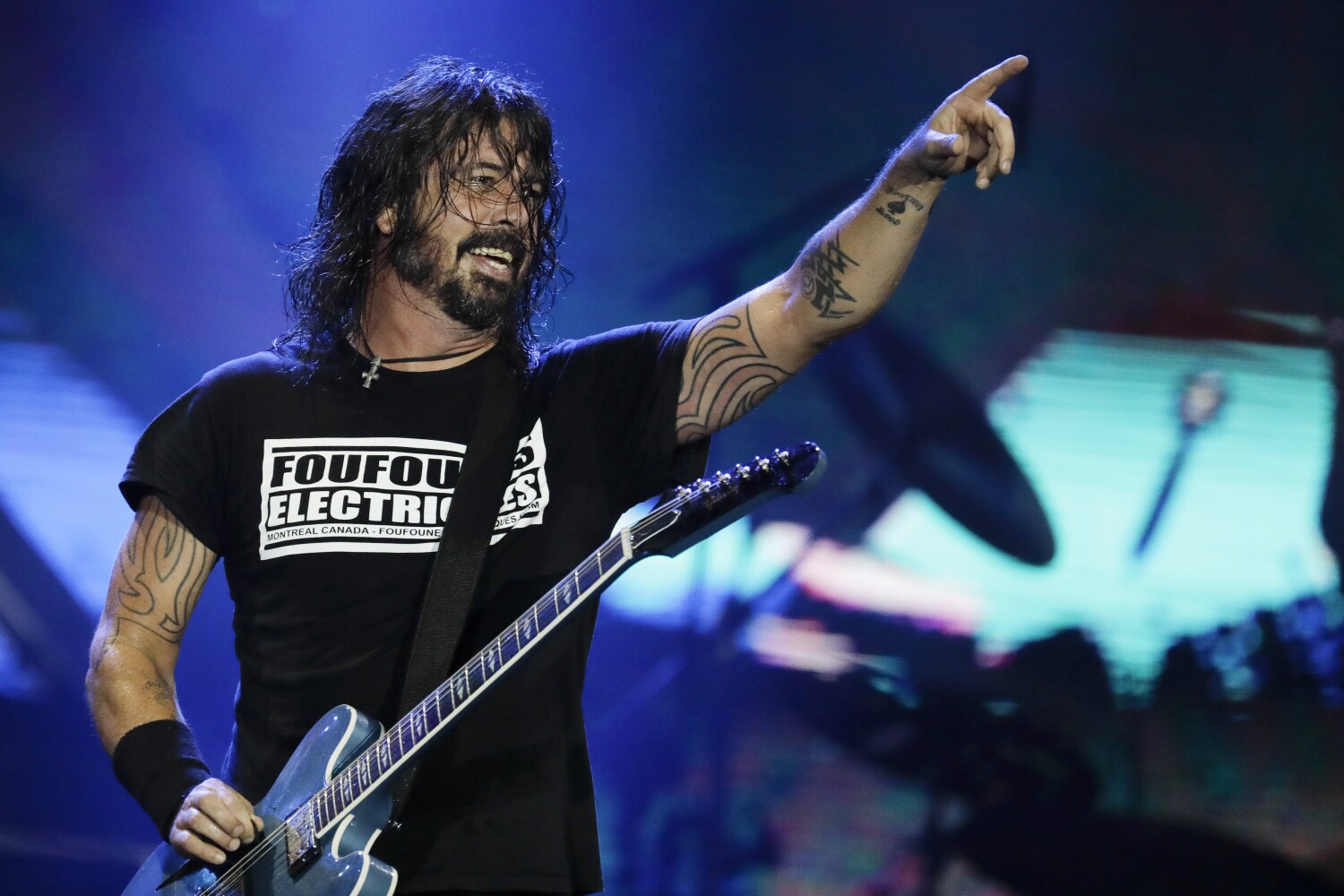 “All that stuff is too hard to carry when you have to move,” the Foo Fighters frontman says. “But there are a few objects I hold very dear” — so dear, in fact, that he’s made movies about each of them.

In 2013, Grohl built “Sound City,” his directorial debut, around the vintage mixing console used to record such beloved rock albums as Tom Petty’s “Damn the Torpedoes” and “Nevermind,” by Grohl’s old band Nirvana.

Now he has “What Drives Us,” in which he tools around in the first van he ever owned — a beat-up red Dodge Ram with 220,000 miles on it — as he reminisces about his salad days as a touring musician and philosophizes about the nourishment that live music provides both artist and fan. The documentary, which also features funny and touching interviews with the likes of Flea, Slash, the Edge, Lars Ulrich of Metallica, St. Vincent and Ringo Starr (who memorably describes the Beatles’ policy on farting in the van), premieres Friday on the Coda Collection, a subscription streaming service available through Amazon Prime Video.

“The intention of any of these films and TV series is to humanize the process of making music,” says Grohl, 52, whose other screen projects include “Sonic Highways” and the upcoming “From Cradle to Stage.” “So the van to me is not just a bucket of rust. When I look out the window of my studio and see it parked in the parking lot” — before the pandemic, Foo Fighters had plans to celebrate their 25th anniversary with a 2020 road trip retracing the route they took in the Dodge on their first tour in 1995 — “it reminds me where we came from.”

“I don’t want to compare it to a womb,” he adds of the vehicle that dates back to his pre-Nirvana days with the Washington, D.C., hardcore band Scream. “But in some weird way, there’s this regressive birth therapy that happens when you jump back into the driver’s seat.”

Finishing “What Drives Us” was just one of the ways Grohl kept himself busy with Foo Fighters off the road due to COVID-19. In February the band released its latest studio LP, “Medicine at Midnight,” and this month he got back behind the drums for a lockdown-inspired duet with Mick Jagger called “Eazy Sleazy.” (Grohl recruited his 15-year-old daughter, Violet, to cut another duet — a cover of X’s L.A. punk classic “Nausea” — for the closing credits of the new doc.)

This weekend Grohl, who says he’s fully vaccinated, will play in front of people again when Foo Fighters perform at Vax Live, a pro-vaccination benefit concert with an invited audience of healthcare and other frontline workers scheduled for Sunday at SoFi Stadium in Inglewood.

“I’m very much looking forward to it,” he says of the show, which will be taped for broadcast on ABC, CBS and Fox on May 8. “I’ve been playing Foo Fighters songs for my road crew for the last year, and they’re sick of it. It’s time to do it for someone else.”

The ball must have been rolling on “What Drives Us” before the pandemic.
Yeah, we started the film about two years ago with the very simple idea that we were going to talk to some established musicians and some younger musicians and then connect the dots. We wanted to explain what it is that makes you leave everything behind and jump in an old van with your friends to go out and play music. We’d done all of the interviews before the pandemic, but as time went on and people started feeling that void, I thought, OK, we have to kind of rewrite the third act of the film to emphasize what it is about live music that human beings need.

Anybody you were hoping to interview that you couldn’t get?
I don’t think so. At this point, my Rolodex is pretty packed.

The film almost benefits from the fact that we haven’t been to shows for over a year.
The bottom line is that music is an emotional experience, and that’s why we’re drawn to it. Our hearts just kind of take us there. It’s great to sit around and talk about fart stories with Ringo Starr. But at the end of the day, as musicians we all have one thing in common, which is this intrinsic desire to express ourselves and share it with others — whatever it takes to do that.

Given the number of people who say rock is dead, your fixation on physical objects risks making you look like some kind of archaeologist.
But I do it in the hopes that someone will realize they can do it too. It’s easy to turn on the television and see a really glamorized version of music. But it’s actually very simple and available to everyone. All it really takes is an instrument, a few friends and an old van.

So many people in the documentary describe the grim conditions of a van tour — then they say how great it all was. What do you not look back on romantically?
When I was young, I was taught not to complain. So I’m sleeping in a scabies-infested squat in Italy? Could be worse. I mean, yeah, sure — I’d rather not have gotten jumped by skinheads outside of a show in San Diego. I lost my passport in France and almost got stuck there for the rest of my life, God forbid. But listen, I worked at Shakey’s Pizza. And as hard as it can be out there on the road, it’s better than f— Shakey’s Pizza.

Countless stories depict the rock ’n’ roll tour as a pretty unwelcoming place for women. Do you think that’s changed over the decades?
I definitely think the world of music is now focused on some really powerful female artists that are shaping the future. I got to talk to Kira [Roessler] from Black Flag in the film, and Black Flag was a band that people sort of associated with this really male energy — but then there was Kira playing bass. I remember seeing them in 1984, and we all looked up to her as this Joan of Arc figure. I think it’s opened up to a place where someone like my daughter can stand in front of a microphone and sing an X song and you feel the confidence and the power from her. That’s inspiring.

Your daughter did “Heart-Shaped Box” with the surviving members of Nirvana at a benefit gala last year, but it didn’t feel like a retread. What does her generation bring to rock that’s unique?
I think there’s a new sensitivity — it’s more empathetic. And there’s this emotional diversity that’s more enhanced now than when I was young. I’m very happy to watch my daughter discover music because one day she’ll be listening to Joni Mitchell, then the next day she’ll be listening to some obscure Russian goth band, then Jeff Buckley, then the Misfits. So when they decide they’re going to do it themselves, there’s this universe of references that inspires them.

Anything she’s into that you just can’t get behind?
I never liked the Misfits when I was young. I don’t know what it was — I loved every other hardcore band in the world. But she got me to like the Misfits.

Next month you’ve got a series, “From Cradle to Stage,” coming to Paramount+. It’s you and your mother talking to other rock stars and their moms.
Both my parents were writers. My father was a journalist and later became a PR guy on Capitol Hill and a speechwriter and campaign manager. But he could spin a yarn. And my mother, she was an English teacher and debate coach and all that. So there’s always this appreciation for language and the art of a good story. With my mother’s documentary series, she wrote a book about mothers of musicians and found these really clear parallels in all their stories — everyone from Miranda Lambert to Pharrell to Geddy Lee [of Rush]. The great thing about the series is you’re not focused on the artist and their music; it’s more about the relationship they had with their parent and how that influenced their creative output. And some of the stories — like, you watch Tom Morello, and his mom makes Rage Against the Machine look like the Beach Boys.

So who in the Grohl family doesn’t want to work on a project with you?
My sister Lisa. She’s like, “Leave me the f— out of it.”

Here’s who Boston.com readers want to see when concerts start up again