HomeEntertainmentAllison Mack was a 'victimizer' who 'needs to be held accountable,' NXIVM...
Entertainment

Allison Mack was a ‘victimizer’ who ‘needs to be held accountable,’ NXIVM whistleblower Jessica Joan says 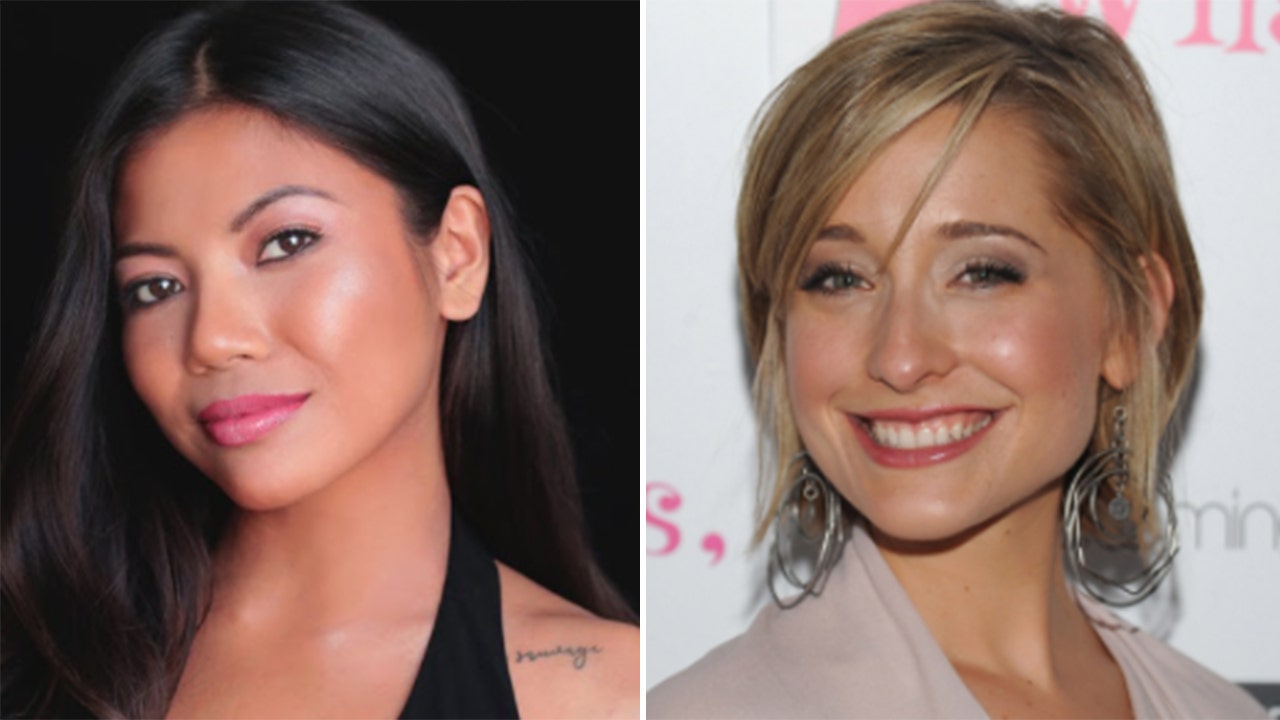 It wasn’t until December 2020 that Jessica Joan of Los Angeles, California, revealed her identity to the world, providing a face and a name to the “Jane Doe 2” listed in NXIVM leader Keith Raniere’s arrest warrant.

Raniere was arrested in 2018 and later convicted on racketeering and sex trafficking conspiracy charges. He’s now six months into his 120-year prison sentence. His organization had been advertised to new members as a “self-help group,” but testimony from female members of its secret society, known as “DOS” or “The Vow,” revealed in court that its objective was actually to lure in women through strategic manipulation. Some ended up being branded with his initials burned into their flesh.

Joan, in an interview with Fox News this week, confirms she successfully escaped DOS before being introduced to the society’s branding ritual. She got out, but scars still remain.

“Oh, it was basically my worst nightmare come to life,” Joan, a model and actress in Los Angeles, recalls of the day she learned NXIVM was not what it was advertised to be. It was a “special assignment” given to her by former “Smallville” actress Allison Mack that triggered her abrupt exit, she said.

Joan alleges to Fox News that the assignment Mack, who she says was her “grandmaster” in DOS (she claims India Oxenberg was her “master”), handed her served one purpose: “to seduce Keith.”

“It was horrifying in that moment. It was a very serious level of betrayal because I trusted Allison. We built a friendship. The assignment was to help remove any of my issues that had to do with being sexually abused in the past. She was going to put me in a situation to then create harm on harm that I already had at the time,” she claimed.

Joan isn’t yet willing to detail her leaving DOS and the NXIVM organization. But when asked by Fox News if she hopes one day Mack gets prison time, her hope is for justice to be served.

“You know, it feels like being in limbo,” Joan said of awaiting Mack’s sentencing. “I don’t know one person that thinks being in limbo is fun. That’s the best way to describe it. I’m definitely looking forward to that day happening and having another door of this closing and really being able to put it behind me.”

Mack is currently under house arrest at her parents’ home in California. She pleaded guilty to racketeering charges in April 2019. A spokesperson for the U.S. Attorney’s Office in the Eastern District of California declined comment when asked if the ongoing pandemic is the reason Mack has yet to receive a sentencing date. The office, however, did confirm no date has been scheduled.

“I think until that’s done, it’s still in the air,” Joan continued. “I’m very much looking forward to everything coming to a close.”

Raniere’s sentencing was the second in the case that saw five co-defendants on trial. In addition to the disgraced NXIVM leader and Mack were Clare Bronfman, Lauren Salzman and her mother, Nancy Salzman. One month prior to Raniere’s sentencing, Bronfman was handed nearly seven years behind bars for her involvement.

“He’s been really incredible. I have faith in the judge and those involved. I believe justice will prevail.”

April 20, 2021, was three years to the day that Mack was placed in handcuffs. While the day is one Joan says is “definitely not a holiday or something that’s in my calendar,” she’s often reminded by reports.

“I’m definitely aware when these things happen. For me, it’s a reminder of the evils that exist in the world and how important it is to not lose sight and to trust our gut and intuition,” she said.

While some familiar with the case have questioned if Mack was a victim of Raniere herself, Joan acknowledges that “to a certain degree everyone has been.”

However, she believes Mack “needs to be held accountable, and she was also a victimizer.”

Joan first revealed her identity in an on-camera interview with CBS News in December. She described her coming out as Jane Doe 2 as “a release.”

“It was like as if you’re a big balloon and you’re about to pop and I just needed to get a little pin and get some air out,” she described. “I really needed that for myself and my own feeling, to just let it out.”

Today, Joan is surrounded by a support system in Los Angeles. She’s also putting in the work to keep steady on a path toward healing.

Additionally, the model describes herself as someone who’s always been an “avid seeker” of bettering herself. That’s what attracted her to the appeal of NXIVM from the beginning, back in 2016 when she began taking the organization’s executive success programs.

“I had a really traumatic childhood,” she shared. “I’ve always been a seeker in wanting to do my own personal development and feelings to sort those things out. That was definitely the appeal, especially because it was based under the guise of a humanitarian personal development program.”

Joan expected NXIVM’s curriculum to help her reach “my highest potential.” While she did not receive that fully, she has walked away – quite literally – with lifelong friends she met during her time in it.

“One of the things about NXIVM and this whole experience is that they were really great at attracting really amazing people. I think that’s one of the most sinister and unfortunate parts of this whole thing. They really preyed on good, kindhearted people that wanted to help others. There’s definitely friends that I made in this that will be friends for life,” she said.

Joan is currently working on a book she plans to self-publish this coming August. It will touch on NXIVM, but its purpose will extend far beyond her experiences there.

She’s also in the middle of an overhaul to her podcast, “The Untouchable Jessica Joan.” She plans to release new episodes next month.

“It’s going to be about the traumas, how I’ve overcome them and also different tools that I’ll be sharing with other people that helped me in hopes that it will help them,” she said of her book.

Fortunately for Joan, who revealed she has undergone EDMR as opposed to cult deprogramming therapy at the advice of therapists, she’s using all she’s learned from her traumas to do what she’s wanted to do all along: face her traumas head-on, and in turn, help others.

“One of the things I’m really grateful for is because I had such a traumatic and chaotic childhood, having that street-smart and that wherewithal is what allowed me to overcome and persevere this NXIVM experience. So thankfully, even though this was a tragic situation, I don’t feel I’m in a tragic space at all.”

Attorneys for Mack did not immediately return Fox News’ request for comment.

To learn more about Joan and her story, check out “The Untouchable Jessica Joan” podcast.