Biden frantic after forgetting he put mask in his pocket 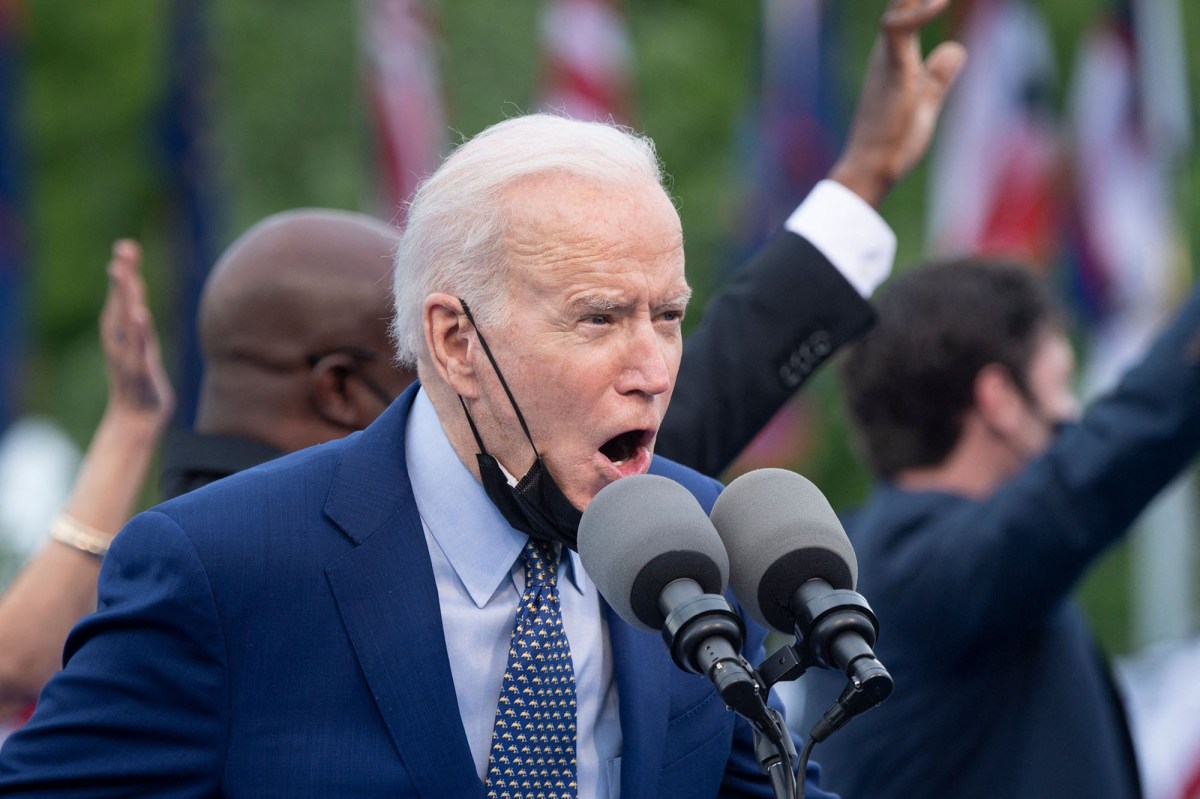 President Biden spent 30 seconds frantically looking for a mask he left in his pocket before his outdoor rally in Georgia this week — saying he’d be “in trouble” without it — despite being fully vaccinated.

Footage from Thursday’s drive-in event in Duluth — which marked his 100th day in office — showed the commander in chief immediately hunting for his missing mask after arriving at his podium.

“I can’t find my mask!” he could be heard saying, initially drowned out by the loud welcome music of Jackie Wilson’s “(Your Love Keeps Lifting Me) Higher and Higher.”

First Lady Jill Biden joined him in his desperate searching as he repeated his plea, taking the same folder to flick through and also bending down to look on the floor.

“Looking for my mask — I’m in trouble,” the president finally told the crowd, without explaining exactly what “trouble” he would be in given that he is already vaccinated and was speaking outdoors.

As a spare mask was finally brought up to him, Biden found his initial face covering, which had been in his suit-pant pocket all along.

He did not leave it for long, however — and went maskless for the speech after he was introduced.

In an NBC interview aired Friday, Biden said that he planned to still wear masks outside despite new guidance from the Centers of Disease Control and Prevention, calling it a “patriotic responsibility.”

“It’s a small precaution to take that has a profound impact. It’s a patriotic responsibility for God’s sake,” he said.

“This video needs Veep credits…” Nathan Brand said while tweeting out footage of the farcical moment.

Commentator Lori Lynne called it “just embarrassing,” saying the president was “a vaccinated man MILES from another person.”