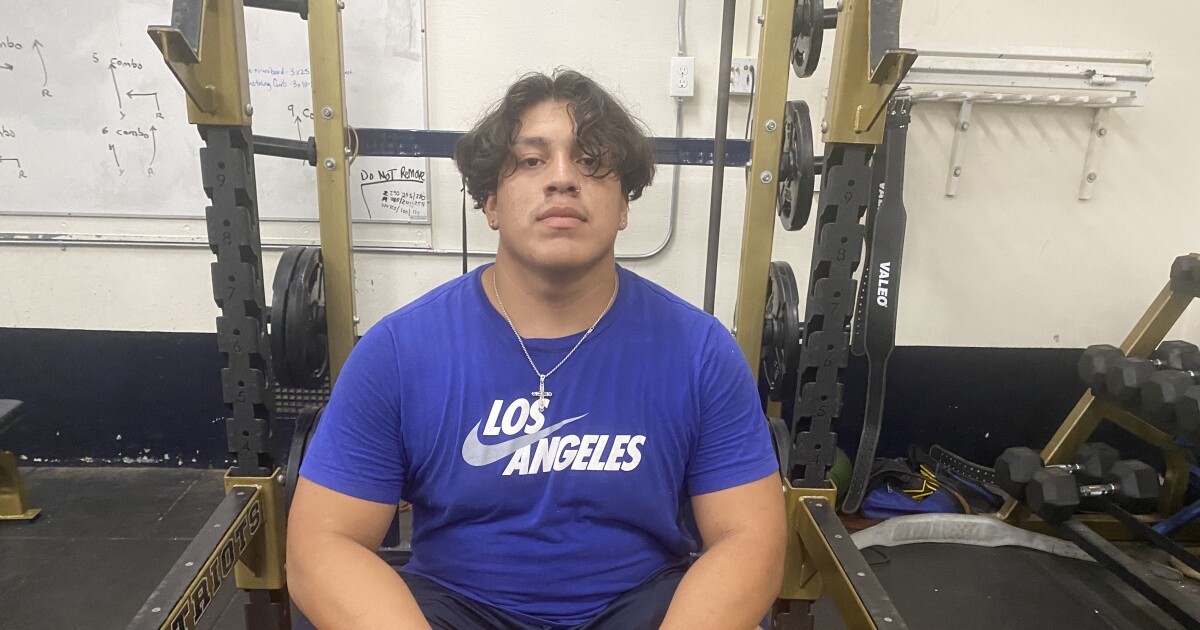 At 6 feet 3, 285 pounds and starting for the fourth consecutive season on varsity, Carlos Rivera of Birmingham is ready to cause lots of problems for the opposition as he plays on the offensive and defensive lines.

He’s extremely motivated because, after waiting months to finally get the clearance to play because of COVID-19 restrictions, he broke his collarbone in the first six minutes of the opening spring game, ending his season. He had surgery, and there’s a big surgical scar below his shoulder to prove it.

“I was sad, but I’ve been waiting for the comeback,” he said.

He has been spending hours lifting weights in an attempt to reach 100% health in time for the start of practices next week.

The combination of Rivera inside and Arlis Boardingham at defensive end will give the Patriots a formidable defensive line duo.

Rivera also will be valuable as a blocker because Birmingham must break in a new quarterback. Transfers from San Fernando and Palisades are competing for the starting position.

Share
Facebook
Twitter
Pinterest
WhatsApp
Previous articleMeet the strongest and sexiest athletes at Tokyo Olympics 2021
Next articleHow serious is Kris Bryant’s ailment? 3 thoughts on the Chicago Cubs after their extra-inning loss to the St. Louis Cardinals.

Analysis: The governors of the 4 largest states in the country are all under fire right now

Best security accessories for students in 2021

Analysis: The governors of the 4 largest states in the country are all under fire right now

Financier says game hunter swindled him out of $2M on ‘big’ kills: suit