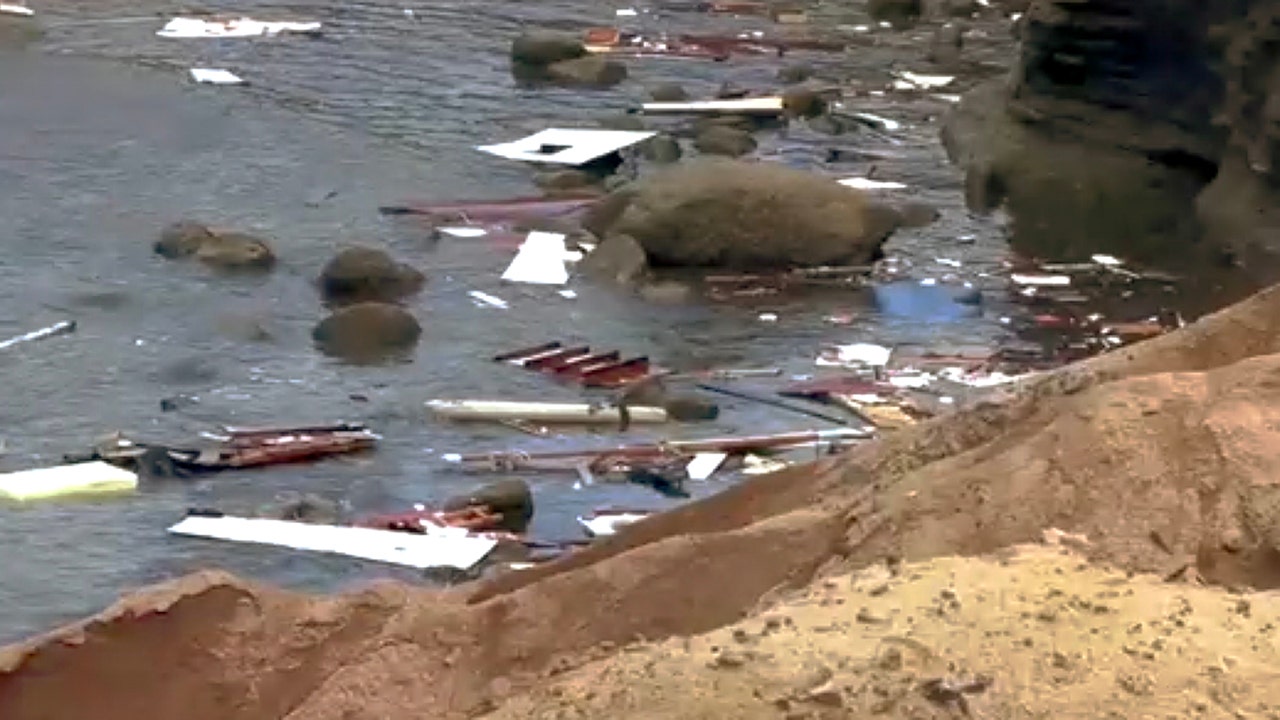 Good morning and welcome to Fox News First. Here’s what you need to know as you start your day

The incident happened around 10:15 a.m. off Point Loma near Cabrillo National Monument. Lifeguards, the U.S. Coast Guard and other agencies responded to the scene after reports of an overturned vessel in the surf near the rocky peninsula.

Authorities recovered three bodies in the surf, San Diego Lifeguard Services Lt. Rick Romero said. One person was rescued from a cliff and 22 others managed to make it to shore, he said.

“Once we arrived on scene, the boat had basically been broken apart,” Romero said. “Conditions were pretty rough: 5 to 6 feet of surf, windy, cold.”

Twenty-seven people were transported to hospitals with “varying degrees of injuries,” Homeland Security spokesman Jose Ysea said. Most were able to walk themselves to ambulances.

It was unclear where the people on board originated from. The captain of the boat is reportedly in custody and speaking with investigators. CLICK HERE FOR MORE ON OUR TOP STORY.

“This is a life-threatening situation!” wrote the National Weather Service in Memphis. “Please take shelter in the Tupelo area. The storms are very dangerous.”

The mayor’s office in the city of Tupelo wrote that emergency crews are currently assessing the “degree of damage.”

“Please do not get out and drive. It is dangerous—-there are reports that power lines are down in the roads. We will update you as soon as we know the extent of [the] damage. Prayers that all are safe, and please keep our crews and first responders in your prayers also,” the mayor’s office wrote on Facebook. CLICK HERE FOR MORE.

In other developments:
– Tornadoes, baseball-sized hail slam the southern US
– Tornadoes touch down in Texas; severe weather expected in Southeast

Biden announced plans last month to withdraw the remaining 2,500 troops from Afghanistan, where the U.S. has been at war for nearly 20 years.  All U.S. troops are expected to leave the country by Sept. 11.

As the U.S. begins its withdrawal, the former secretary of state was asked by CNN about Biden’s decision to leave.

“Well, it’s been made. And I know it is a very difficult decision,” Clinton told the network on Sunday. “This is what we call a wicked problem. You know there are consequences both foreseen and unintended of staying and of leaving. The president has made the decision to leave.”

Clinton noted the potential of “two huge consequences,” that the U.S. government should focus on. She said there is the potential collapse off Kabul and the takeover by the Taliban and the resumption of global terrorist activities.

“I think these two huge sets of issues have got to be addressed,” she said. “I mean it’s one thing to pull out troops that have been supporting security in Afganistan, supporting the Afgan military, leaving it pretty much to fend for itself. But we can’t afford to walk away from the consequences of that decision.” CLICK HERE FOR MORE.

In other developments:
– Formal start of final phase of Afghan pullout by US, NATO
– Hillary Clinton signals break from Biden over US troop withdrawal from Afghanistan: report

#TheFlashback: CLICK HERE to find out what happened on “This Day in History.”

Sen. Josh Hawley, a Republican senator from Missouri, was a guest on “Live, Liberty & Levin” Sunday where he blasted “the strong alliance” between the left and Big Tech.

“I think a lot of people in Washington – including a lot of people who call themselves conservatives – don’t understand just how powerful Big Tech is…although after this past election when Big Tech worked together to singlehandedly to repress and suppress that Hunter Biden story, and then after that they went on to de-platform President Trump, and de-platform numerous other conservatives and shutdown speech – I mean if you don’t understand the power of Big Tech now, then you’re never going to.”

Not signed up yet for Fox News First? Click here to find out what you’re missing.

Fox News First was compiled by Fox News’ Jack Durschlag. Thank you for making us your first choice in the morning! We’ll see you in your inbox first thing Tuesday.