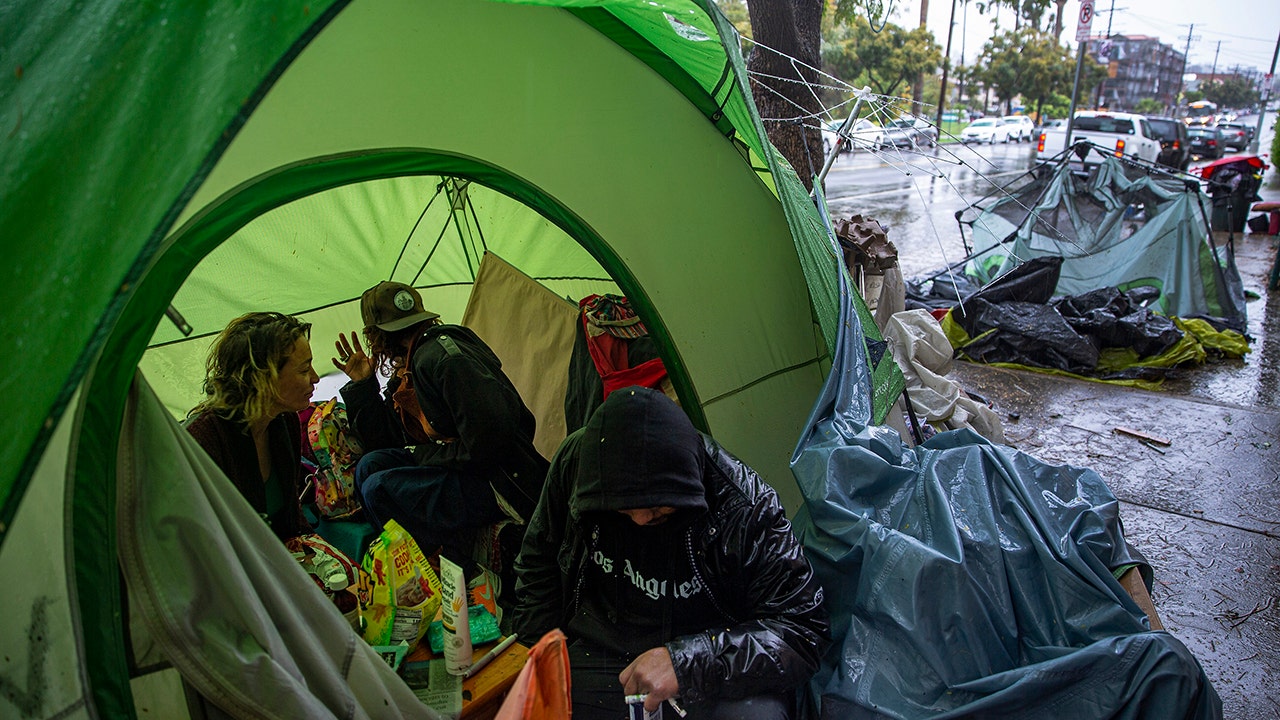 Mayors from California’s 13 largest cities on Thursday asked for $20 billion over five years to help combat the state’s homeless crisis, according to a report.

Los Angeles Mayor Eric Garcetti, a Democrat, called homelessness the “biggest crisis in California,” adding, “We’re not coming in empty hats in hand, we’re coming with hard hats on and pockets already full of investments,” according to City News Service.

A day earlier, the city and county of Los Angeles asked an appeals court for an emergency halt on an order requiring that shelter be offered to the thousands of people living on Skid Row within the next six months, FOX 11 in Los Angeles reported.

“It’s going to take that repeated commitment of state, federal and local leadership to get the job done,” he said.

People try to stay warm as they face the elements inside a homeless encampment flooded under a rainstorm across the Echo Park Lake in Los Angeles, March 12, 2020. (Associated Press)


More than 150,000 people in California are homeless, the most of any state, according to 2019 data from the National Alliance to End Homelessness, the news service reported.

Republicans and other critics have blamed the homeless crisis for an exodus of residents and businesses from the state, to other states such as Texas. They have also cited the issue among the reasons for the effort to recall Democratic Gov. Gavin Newsom.

“So why is our homeless population growing while others are fleeing our state? Poor leadership and a focus on inputs and not outputs,” Republican businessman John Cox, a candidate for governor, wrote on Twitter last week.

Santa Ana Mayor Vicente Sarmiento, a Democrat, said there needs to be a “proportional response” to such a “big” issue.

“We’re blessed to be living in a state that I think there’s an understanding, and there’s a humanity, that we all want to deliver these services,” he said. “But I think the moment is now and I think that we all have to band together and use this opportunity.”