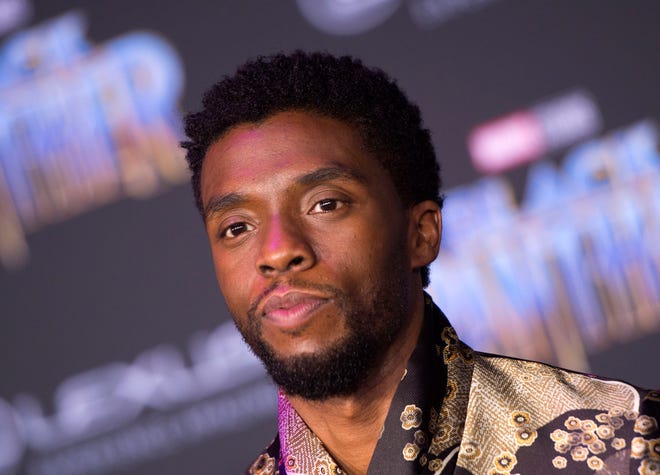 Typically the ceremony ends with the announcement of best picture, but this year, the award for best actor was moved to the end. The restructuring seemed to indicate that Boseman, who picked up a Golden Globe, Screen Actors Guild Award and Critics Choice Award for his performance as Levee in “Ma Rainey’s Black Bottom,” had also earned an Oscar.

Surprising many, the “Black Panther” star, who died in August at 43 after an undisclosed battle with colon cancer, lost to Anthony Hopkins for his role in “The Father.”

“Every single indication felt like they moved around the categories so that Chadwick Boseman would win best actor at the very end of the show. And then Anthony Hopkins wins, doesn’t give a speech, and they roll credits,” they tweeted.

He deserved more: Why Chadwick Boseman’s posthumous Oscar loss stings so much

Comedian @CyrusMMcQueen also couldn’t believe the outcome, tweeting: “A dying man gives the performance of a lifetime… The last performance of his lifetime… Leaves it all up there… and you don’t give him the trophy?!”

Writer Keah Brown said Boseman “doesn’t deserve whatever bait and switch that was. His memory will be honored regardless.”

Matthew Levy posted that the ending channeled 2017’s chaotic Oscars envelope mix-up: “Chadwick Boseman not winning the Oscar has to be a ‘Moonlight’ mix up scenario.”

MSNBC’s Joy Reid wrote the Oscars had a “Game of Thrones style ending.“ She added, “Andra Day and Chadwick Boseman were robbed… #Oscars.”

Kansas City mayor Quinton Lucas disagreed with the decision. “Respect to Anthony Hopkins, but the Academy whiffed,” he tweeted. “Chadwick Boseman as Levee Green will be remembered well into the future.”

It was thrilling to see diversity in this year’s Oscar winners.The finale ruined it.

Some also took issue with the show order. Mike Ryan, a senior entertainment writer for Uproxx also shared his frustration. “Yeah the ‘let’s put Best Actor last so, obviously, we can celebrate the life of Chadwick Boseman’ really backfired.” Still in awe, he added: “Yeah that was terrible.”

Film critic Dan Murrell called the new show order a “massively bad idea.” Murrell said it “overshadows the fact that both Anthony Hopkins and Chadwick Boseman were brilliant and one of them had to win. The spotlight is now shining solely on the producers. Huge mistake. From In Memoriam on, this show was a disaster.”

Hopkins did not attend the ceremony or give a speech, adding to the abruptness of the broadcast’s end. For Baltimore magazine editor-in-chief Max Weiss, Hopkins’ absence was icing on an inedible cake. “So they moved Best Actor to the final award, only to have Anthony Hopkins WHO WASN’T FREAKING THERE win?” Weiss wrote. “Excellent work all around. Bravo. Top-notch.”

Oscar winners 2021:See the full list of who won at the Academy Awards

User @JRK316 called out the organization with a past lacking diversity.

“imagine THE ACADEMY rewarding a performance that squarely addresses a racist industry exploiting black talent,” they tweeted, adding: “The Oscars, Grammys, etc. are not the standard. We give those awards too much gravitas and we should stop immediately. I tune in for the humor because it’s all a joke.”

Boseman was honored with this year’s gift bags. All nominees will receive one-of-a-kind digital artwork created by artist Andre Oshea to honor Boseman. The artwork will be redeemable by an NFT – a non-fungible token. The NFT itself will then be auctioned off by Rarible through Tuesday, with proceeds donated to The Colon Cancer Foundation.

Oscar speeches weren’t played off this year. It meant Daniel Kaluuya got to shock his mom.

Regina King stuns in opening Oscars speech: ‘I may have traded in my heels for marching boots’