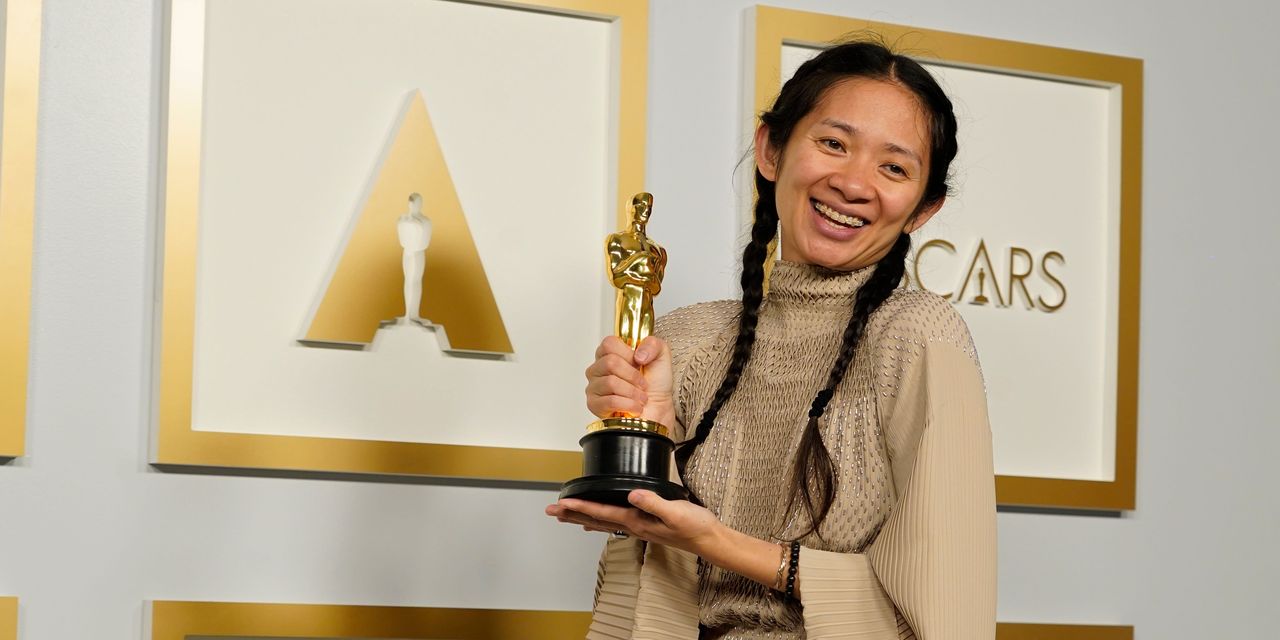 “Nomadland” director Chloé Zhao made history on Sunday by becoming the first woman of color and first Chinese woman to win the Oscar for best director. Official media, major search engines and internet censors in her home country are making as if it didn’t happen.

Ms. Zhao’s win, just the second time a woman has walked away with best director, unleashed a flurry of congratulatory messages on Chinese social-media sites when it was announced Monday morning Beijing time. By midafternoon, nearly all of the posts had been erased.

Searches for her name on

the country’s dominant search engines, produced numerous links to news of her previous accolades but only scattered links to deleted articles about the Academy Award honor.

State broadcaster China Central Television, the official Xinhua News Agency, and Communist Party mouthpiece the People’s Daily stayed silent on the award throughout the day. Two state media reporters told The Wall Street Journal that they had received orders from China’s propaganda ministry not to report on Ms. Zhao’s victory, despite what they described as her status as a Chinese national, because of “previous public opinion.”

Earlier this year, Ms. Zhao was pilloried online in China for critical comments she made about the country in a 2013 magazine interview.

China’s Foreign Ministry declined to comment on the removal of social-media posts during a regular news conference on Monday, saying it wasn’t a diplomatic issue.

as a recent widow who joins a community of transient gig workers roaming the American West, was the big winner at the 93rd Academy Awards, walking away with Best Picture and Best Actress in addition to Ms. Zhao’s award. Born in Beijing, the 39-year-old Ms. Zhao was also named Best Director at the Golden Globes.

China has long sought the soft-power prestige that comes with awards like the Oscars, which makes the official silence surrounding Ms. Zhao’s accomplishment particularly noteworthy. The reticence comes amid a surge in digital nationalism, fanned by China’s ruling Communist Party, which has led to explosions of online anger at Swedish clothing retailer

AB, the National Basketball Association and others for perceived insults to China’s national honor.

Ms. Zhao experienced a Chinese social-media assault of her own earlier this year after her win at the Golden Globes in March. Chinese social-media sentiment, initially jubilant about Ms. Zhao’s success on the world stage, turned bitter after users circulated a 2013 interview with Filmmaker magazine in which Ms. Zhao made a reference to China, calling it a place she had grown up in “where there are lies everywhere.”

Ms. Zhao, who moved to the U.S. when she was in high school, referenced her childhood again in her Academy Award acceptance speech on Sunday, reciting in Mandarin the first line of a Chinese classic text that she said she and her father had memorized: “People at birth are inherently good.” Users on Chinese social-media platforms responded with a flood of excited reviews and a variety of happy-face emoticons.

“I am truly happy about it because a Chinese filmmaker has left a magnificent mark on global film history. It’s worth celebrating no matter what,” wrote a user on the Quora-like Q&A site

Hours later, that and similar posts had disappeared from the site. Users on the

platform complained that Ms. Zhao’s accomplishments were being deleted by censors.

“Why is it I can’t find any news about Nomadland in the country at all, is that really necessary?” wrote one user. Others suggested using altered versions of the film’s Chinese name that would allow posts to evade detection by platforms’ automated filtering systems.

As with Baidu and Sogou, a search on

“There is a basic contradiction between wanting to claim credit for someone born in Beijing who has succeeded in the West in a creative field and wanting to control the message about how great and successful China is as well,” said

a Chinese politics professor at University of Southern California.

The Communist Party is celebrating the 100th anniversary of its founding this year, Mr. Rosen noted, and “China doesn’t want any distractions from the patriotic message they are sending.”

The Global Times, a nationalistic tabloid published by the People’s Daily, published the lone state-media acknowledgment of the news on Monday, an English-language editorial that called on Ms. Zhao to become “more mature” and “avoid being a friction point.”

In contrast, South Korean media lighted up after one of the country’s biggest stars,

took home the Academy Award for best supporting actress award for her role in “Minari,” a film about a young Korean immigrant family in Arkansas. It was the first South Korean win in an acting category.

Ms. Zhao’s next project is Marvel Studios’ “The Eternals,” a superhero movie starring Angelina Jolie, Salma Hayek and Richard Madden. China has traditionally been a lucrative market for Marvel.

—Qianwei Zhang contributed to this article.

How does Doc Rivers get the most out of Tobias Harris?