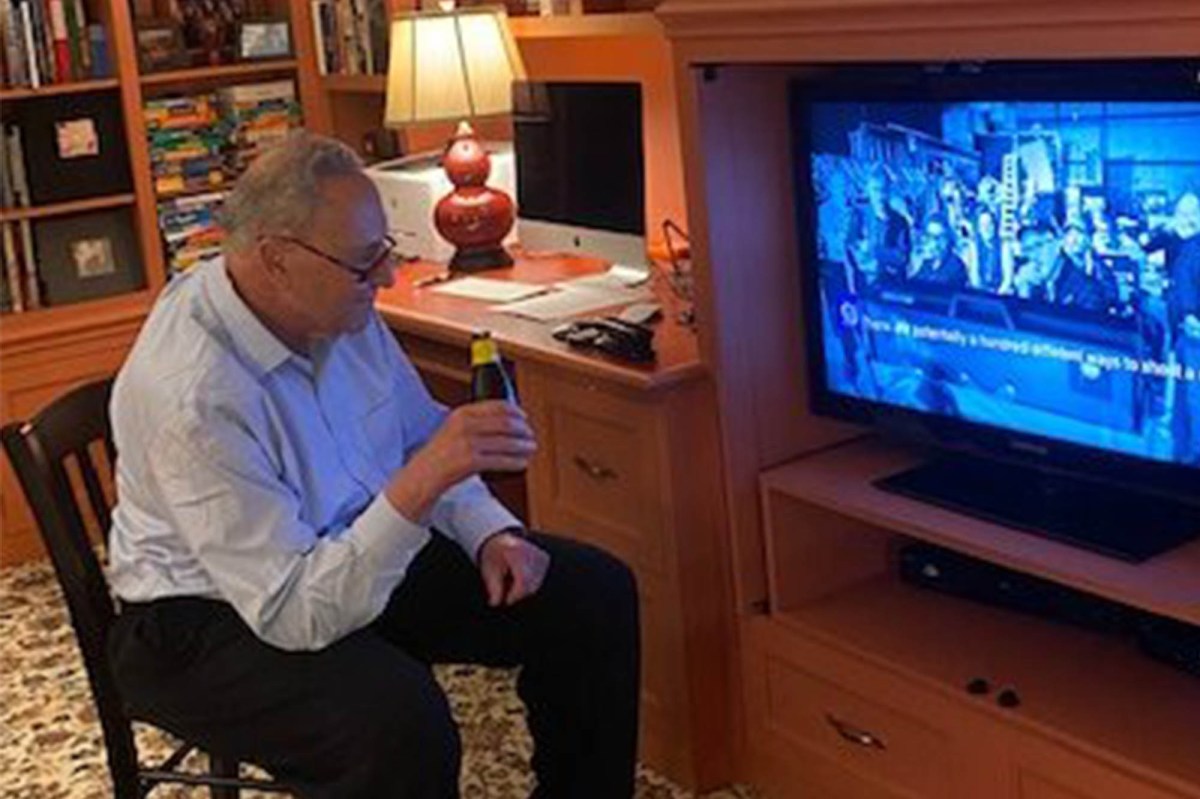 A feud is brewing…

“Excited to be watching the Oscars with an ice cold plant-based beer. Thanks Joe Biden,” Schumer posted, along with a photo of himself sipping one in front of a TV.

The wisecrack came after Kudlow, now a FOX Business personality, claimed on Saturday that Biden’s climate plan is coming for America’s meat.

“Speaking of stupid, there’s a study coming out of the University of Michigan which says that to meet the Biden Green New Deal targets, America has to, get this, America has to stop eating meat, stop eating poultry and fish, seafood, eggs, dairy, and animal-based fats,” Kudlow blasted on FOX Business.

“Ok, got that? No burger on July 4. No steaks on the barbecue. I’m sure Middle America is just going to love that. Can you grill those Brussels sprouts? So get ready,” Kudlow said. “You can throw back a plant-based beer with your grilled Brussels sprouts and wave your American flag. Call it July 4th Green.”

Schumer (D-New York) apparently had beef with the comment because beer is made of malt, barley and hops — all plants.