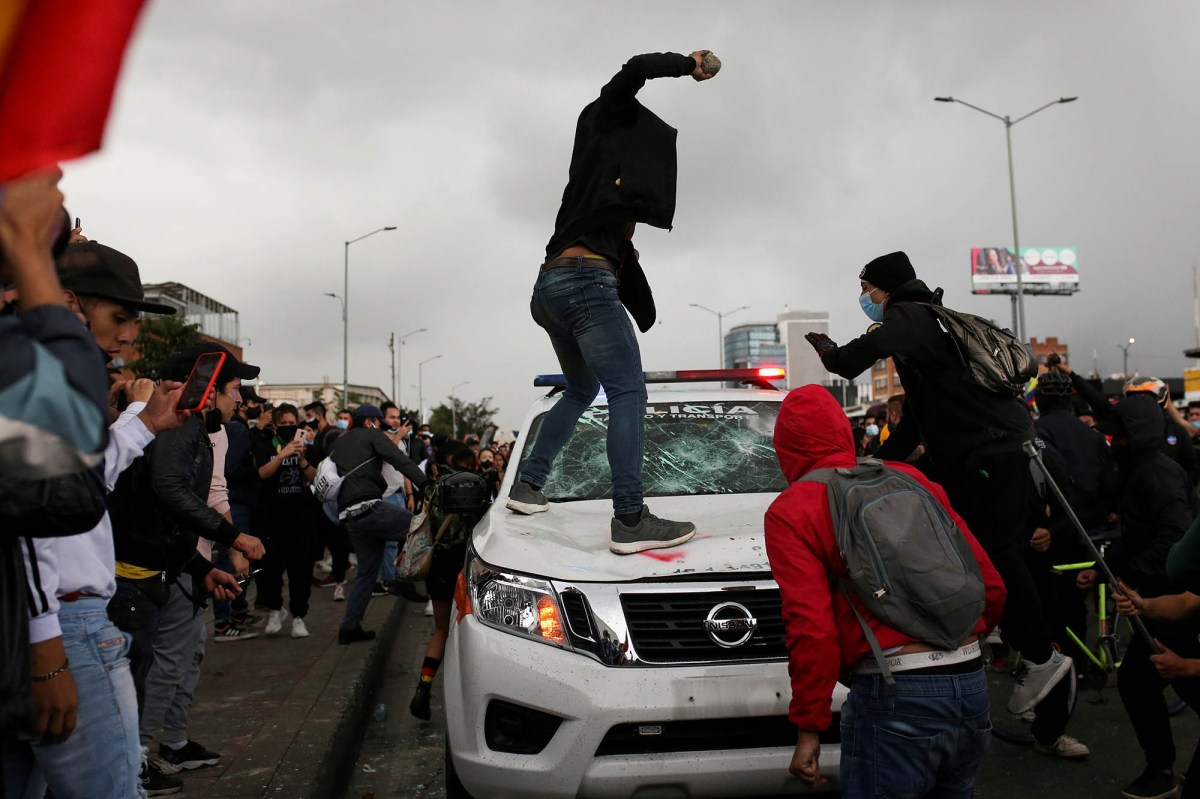 Colombia’s defense minister on Monday blamed illegal armed groups for looting and vandalism during five days of street protests but would not confirm how many demonstrators had died.

The protests, which began last week, demanded the withdrawal of a tax reform proposed by the government of President Ivan Duque, who said on Sunday the legislation would be retracted.

Demonstrations resumed on Monday in the capital, Bogota, and other cities including Medellin and Cali despite the announcement, with highways also blocked in some areas of the country.

“Colombia faces particular threats from criminal organizations that are behind these violent acts,” Defense Minister Diego Molano told a news conference, adding those committing violence were not those marching peacefully.

Molano cited intelligence information in his allegation but did not offer further evidence.

Violent groups were financed and organized by leftist guerrillas of the National Liberation Army (ELN) and former FARC rebels who reject a 2016 peace deal, Molano added.

“We are saddened for all those who lost their lives due to criminal actions during these protests,” Molano said.

He would not give specific details on the death toll, saying the attorney general’s office would investigate.

The national human rights ombudsman has identified 18 civilians and one police officer who were killed during five days of protests, while the procurator’s office said on Sunday it was investigating connections between the protests and 14 violent deaths.

A local human rights group has reported more than 20 deaths.

Truck drivers’ and taxi drivers’ unions, which had threatened to join protests on Monday, backed out of strikes following the withdrawal of the tax reform.

But some streets were closed by vehicles in Bogota and Medellin, while highways were blocked on the capital’s outskirts, as well as in the center and southeast of the country.

Bogota Mayor Claudia Lopez said 25 percent of the capital’s mass transit system was out of service following vandalism and urged those who attended marches to get tested for COVID-19.

One major union said in a message on Twitter it would hold another national strike on Wednesday to protest a health reform, among other things.

FedEx shooting victims to be remembered at big ceremony