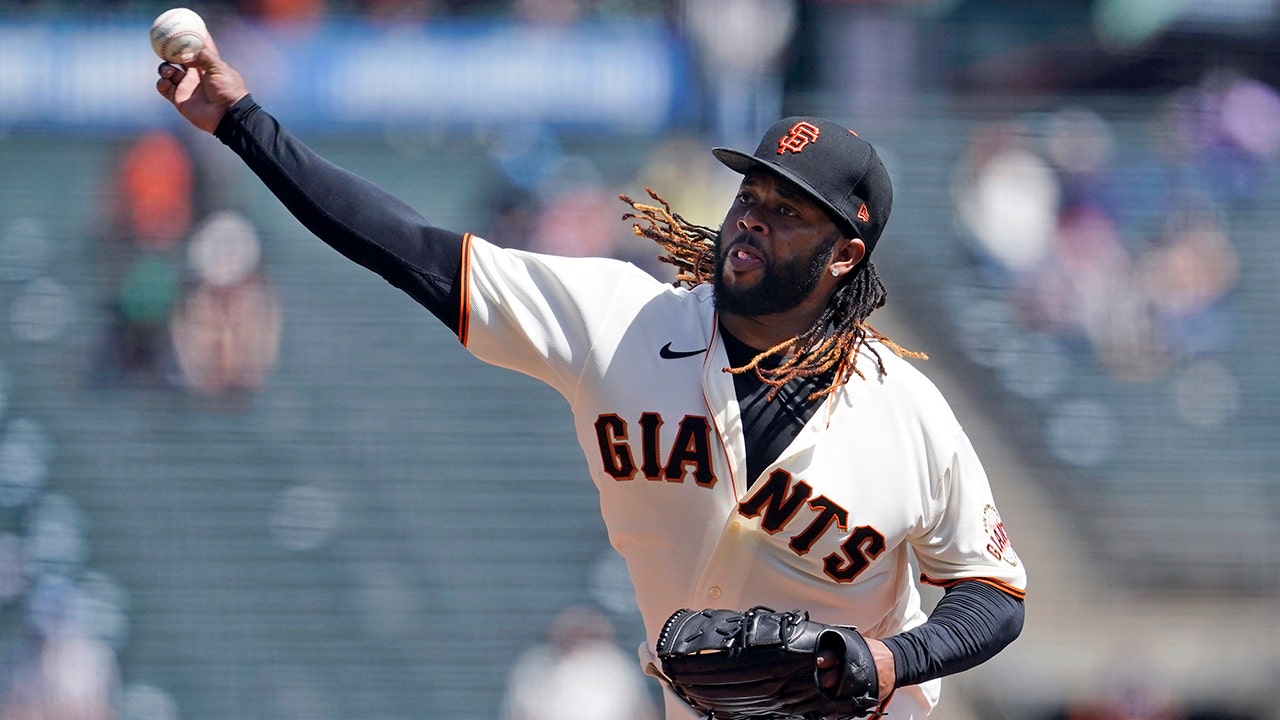 Johnny Cueto pitched neatly into the sixth inning before exiting with a tight lat muscle, and the San Francisco Giants finished off the Cincinnati Reds 3-0 Wednesday.

Cueto (2-0) removed himself from the game after fanning Nick Castellanos for the second out in the sixth. The right-hander motioned to the Giants dugout and walked to the clubhouse, accompanied by a member of the training staff.

Showing no signs of physical duress before his injury occurred, the 35-year-old Cueto surrendered three hits and walked none while striking out four.

Cueto had never beaten his former team in three attempts. He made his big league debut with the Reds in 2008 and stayed with them until being traded to Kansas City during the 2015 season. He joined the Giants in 2016.

San Francisco scored twice in the fifth off Tyler Mahle (1-1).

Austin Slater, who stroked a key RBI triple in Tuesday’s 7-6 victory over Cincinnati, doubled to right-center field on an 0-2 pitch to score Brandon Crawford. Slater advanced to third base on a passed ball and scored on Curt Casali’s grounder.

The Giants added an eighth-inning run on Mauricio Dubon’s single, a pop-up into short right field that Reds second baseman Jonathan India could not hold.

Reds: Manager David Bell announced that RHP Sonny Gray (back) would be activated from the injured list in time to start Saturday at Cleveland. Gray’s health had gradually improved since spring training, when he made one Cactus League start.

Giants: OF LaMonte Wade Jr. was placed on the 10-day injured list with a left oblique strain. OF Steven Duggar, who has had multiple stints with San Francisco since 2018, was recalled from the alternate training site to replace Wade.

Giants: San Francisco will receive a scheduled day off Thursday before traveling to Miami for a three-game series. RHP Anthony DeSclafani (1-0) will start Friday’s series opener for the Giants. The Marlins haven’t announced a starter.