Damian Lillard ‘bothered’ by link to story with Knicks intrigue 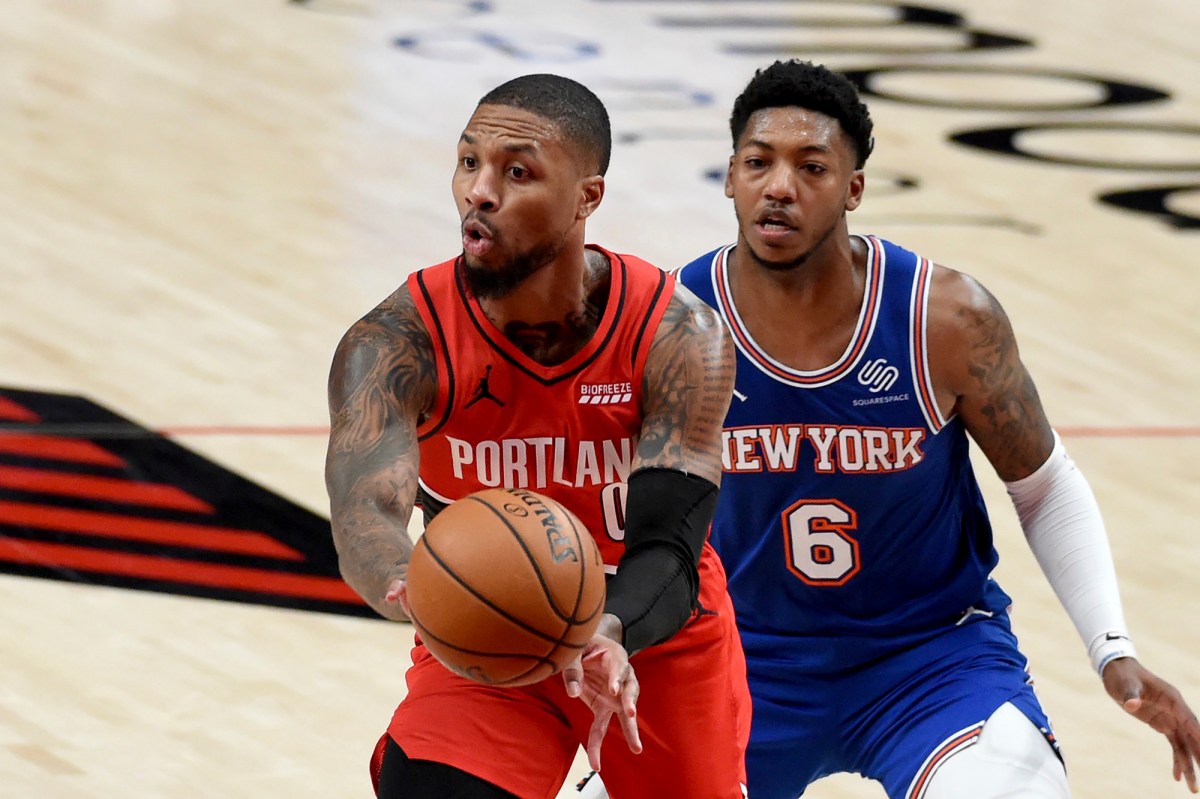 Portland Blazers point guard Damian Lillard fell short of saying he wants to stay with the Blazers long-term, but said he was “bothered’’ by the assumption a controversial column written by writer and friend Chris Haynes was planted by him.

The Yahoo Sports author appeared to suggest Lillard may not want a long future with the Blazers because management hasn’t built enough around him to win a title.

”No one has ever questioned the fight in Lillard,’’ Haynes wrote. “But it is fair to ask if he’s been fighting the good fight alone…With each head-scratching loss and early postseason exit, his desire to fulfill that craving (of winning a title) is appearing more and more like a pipe dream.’’

If Lillard is indeed losing patience in Portland, The Post reported the Knicks would be ready to pounce with potentially three-to-four first-round picks, prospects and $60 million in cap space this summer to absorb his $139 million contract. Lillard has a close bond with fellow Oakland product and Knicks assistant Johnnie Bryant, who works with the team’s guards, and that could potentially work in the Knicks’ favor.

Lillard was asked about the Haynes article Friday, after he led the Blazers to a win over the Nets with 32 points in Brooklyn, and didn’t dispute any of Haynes’ talking points.

“I took it for what it was,’’ Lillard said. “That’s [Haynes’] thoughts. I was kind of — what word should I use – not irritated with him because he’s a writer and that’s what he does. But I know because of our relationship people would assume I was tied to the story. That was the only thing that bothered me about it.’’

“I lean on the fact me and Neil, we have a conversation, I know I can have a conversation and walk through the door and tell him whatever I think,’’ Lillard said. “We’ve had those conversations. The same with (coach) Terry (Stotts). I think (Haynes) was doing his job. People know who I am. Even with you guys, you ask me a question, I answer it, tell you what I think and how I feel.

“Obviously it was no secret. I mentioned it to you guys in Utah. It’s been frustrating. I also mentioned to you guys I haven’t been my most healthy this year. It’s been my most difficult season physically. When I saw (the article), I knew what it was. I take solace in what I just mentioned. It is what it is.”

The Blazers currently sit in seventh place, and have advanced to the conference finals once in the 30-year-old’s nine seasons with the team.