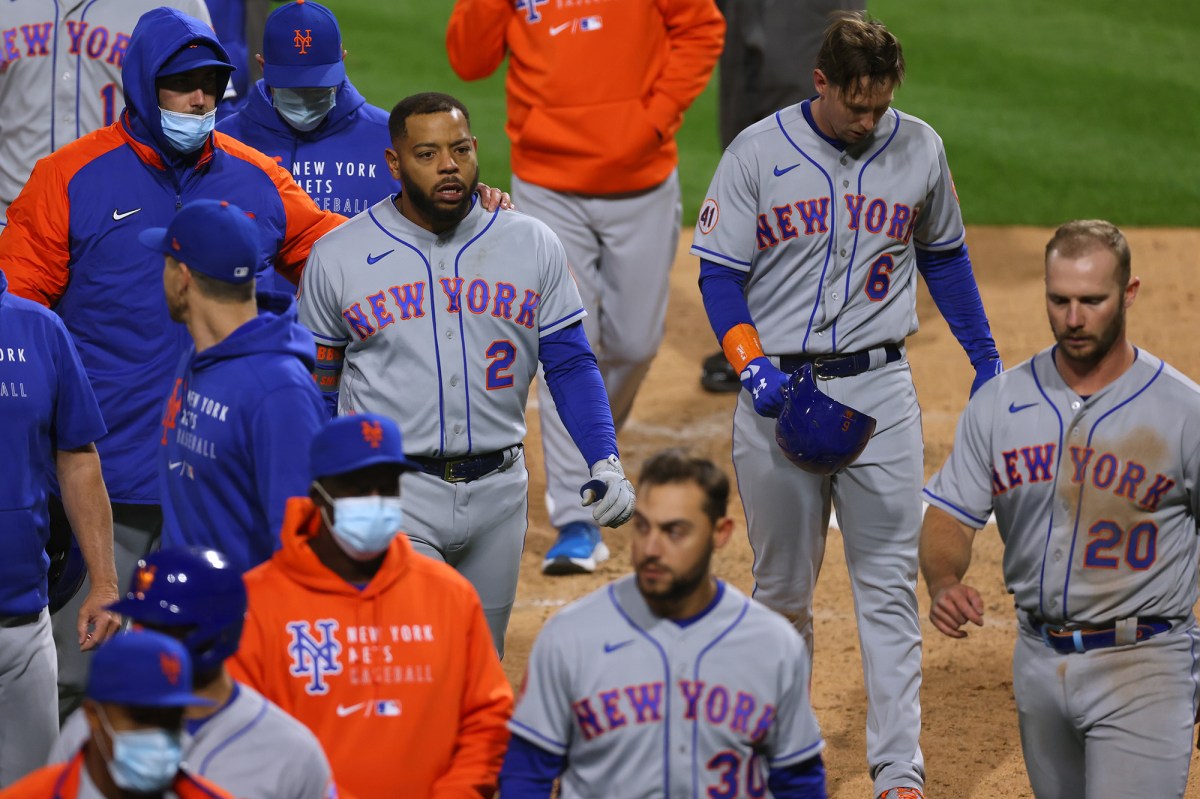 PHILADELPHIA — The benches emptied and the suspensions/fines followed.

MLB suspended Phillies pitcher Jose Alvarado for three games Sunday and fined him an undisclosed amount, after his taunting of Dominic Smith two days earlier led to the benches emptying at Citizens Bank Park. In addition, Smith and Miguel Castro were fined an undisclosed amount.

Alvarado appealed the suspension and then allowed three runs on one hit and two walks in the Mets’ 8-7 win. Castro threw two inside pitches to Rhys Hoskins on Friday that led to the players exchanging glares and the benches again emptying.

“The league is doing what they have to do to not have these things happen,” Mets manager Luis Rojas said. “I’m sure the guys [Smith and Castro] were a little bit upset when they got their letter and they got their notice, because they thought it was unfair. They got instigated into it. I do understand the part where the guys are a little upset about getting these fines.”

The bad blood between Smith and Alvarado dated to April 13 at Citi Field. In Game 1 of a doubleheader, Alvarado threw a pitch near Michael Conforto’s head before drilling him in the wrist with a pitch. Smith yelled at Alvarado from the dugout.

After striking out Smith on Friday, Alvarado motioned toward him and the two began jawing as players spilled onto the field. No punches were thrown.

The Mets’ new “approach coach” — real or not — was discussed by players upon prompting before Sunday’s game. A day earlier, Pete Alonso (1-for-5, 3 RBIs) and Conforto (3-for-4, 2 RBIs) had mentioned “Donnie,” a new addition to the staff who had spoken in the hitters’ meeting. It was clear by players’ reactions that “Donnie” was some sort of an inside joke.

“You don’t know Donnie yet?” J.D. Davis said. “Donnie is the man. Donnie is all about elevating, celebrating, getting your best swing off, looking for your pitches and just having fun.”

Davis said he couldn’t reveal who was behind the idea of “Donnie.” But he says “Donnie” delivered an important message.

“Going out there and having a great time, playing baseball, because I think that’s what we’re all getting away from is that we all get paid to play a child’s game,” Davis said. “I think Donnie helps us come back down to earth and play the game the right way.”

Rojas was waiting to name a starter for Monday’s game in St. Louis. Joey Lucchesi was a possibility to be recalled, but Rojas was also weighing the option of a bullpen start, using perhaps Robert Gsellman or Sean Reid-Foley for multiple innings at the beginning.

Column: Tony La Russa’s gaffe on the extra-innings rule bites the Chicago White Sox in their 1-0 loss to the Cincinnati Reds