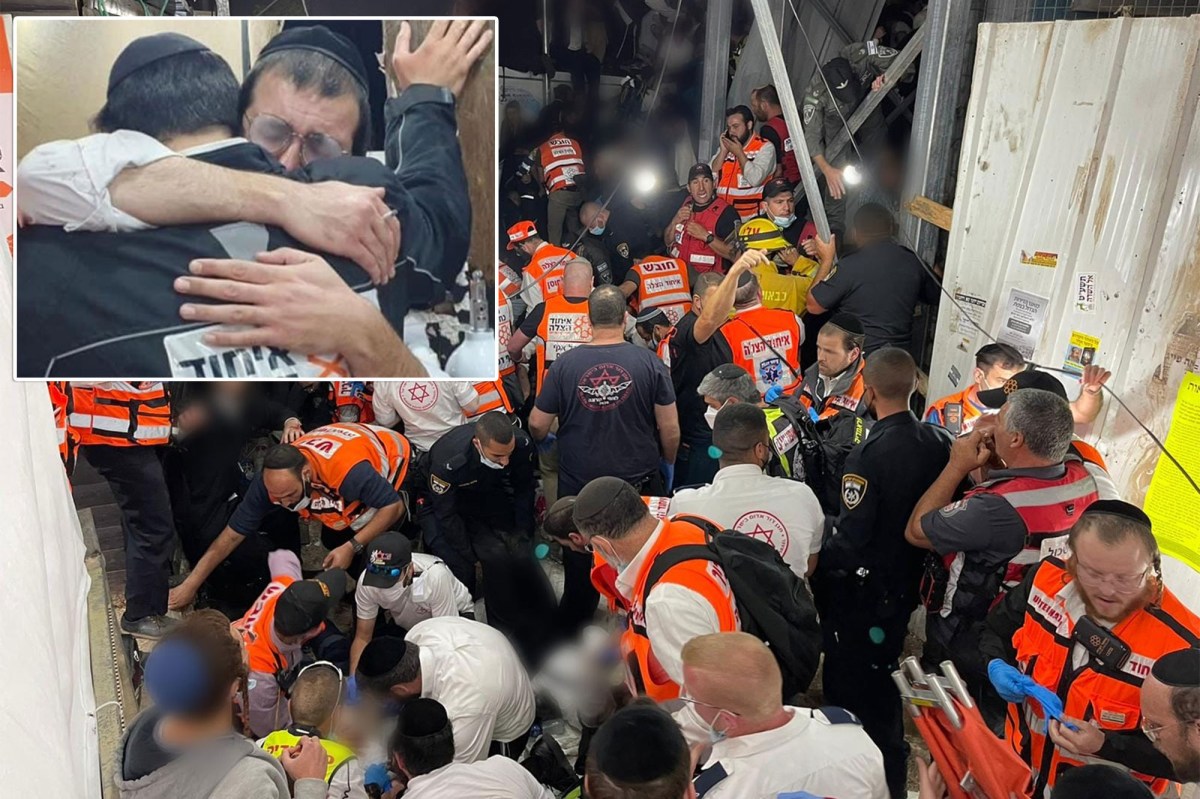 More than three dozen people were trampled to death at a festival in Israel; the country’s largest gathering since reopening amid the COVID-19 pandemic.

At least 38 people were killed when a grandstand collapsed at the annual Lag Ba’omer festivities at the foot of Mount Meron Thursday night, according to Haaretz.

More than 100 people were injured, The Jerusalem Post reported.

A stampede began when some people slipped on steps, causing dozens of others to fall backwards, Haaretz reported.

Officials struggled to rescue and evacuate trapped revelers in the densely populated site, after tens of thousands of people had made the pilgrimage to the tomb of Rabbi Shimon Bar Yochai, the Israeli newspaper said.

“It happened in a split second; people just fell, trampling each other. It was a disaster,” a witness at Mount Meron said.

“We were at the entrance, we decided we wanted to get out and then the police blocked the gate, so whoever wanted to get out could not get out. In that hurry we fell on each other, I thought I was going to die,” another eyewitness reportedly recounted.

“I saw people dead next to me.”

“A serious disaster on Mount Meron,” Netanyahu said, according to The Jerusalem Post.

“We are all praying for the recovery of the injured. I ask to strengthen the rescue forces operating in the area.”

A field hospital was set up at the holy site, as helicopters reportedly arrived to evacuate the critically injured.

“Difficult sights, people crushed without being able to escape. Some of the wounded are still being treated at the scene,” said MDA spokesman Zaki Heller, according to the article.

The annual celebration of Bar Yochai was canceled due to the pandemic last year, the article said. This year, hundreds of thousands were reportedly expected during the three day event.

Traffic Nightmare Coming to Philly This Weekend With I-76, Kelly Drive...