HomeSportsEddy Alvarez took an unconventional path to being a U.S. Olympic flag...
Sports

Eddy Alvarez took an unconventional path to being a U.S. Olympic flag bearer 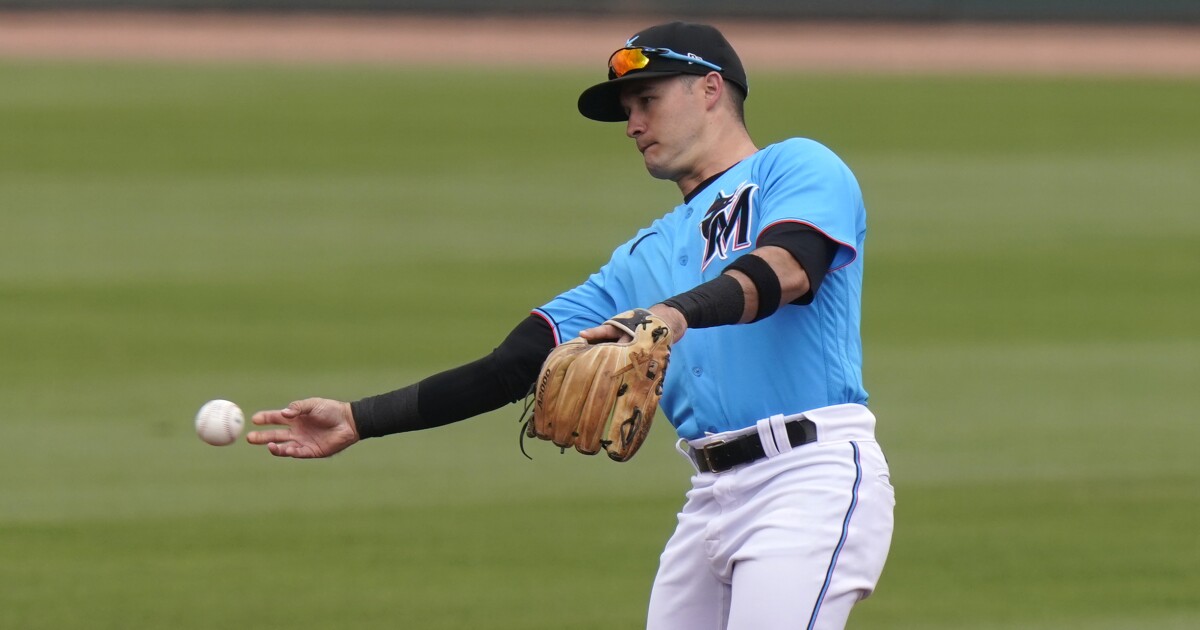 Eddy Alvarez arrived in Japan on Thursday as the most experienced Olympian on Team USA’s baseball roster. It just so happens that his experience has nothing to do with baseball.

Alvarez defied the odds by winning a silver medal in the 5,000 meter short-track speedskating relay at the 2014 Winter Games in Sochi as a Miami native and son of Cuban immigrants. He became the first Cuban-American male Winter Olympian ever. And South Florida doesn’t have a long list of athletes who have medaled in any Winter Games.

Seven years later, Alvarez, now an infielder for the U.S. baseball team, and basketball star Sue Bird were selected as one of the two U.S. flag bearers in Friday’s opening ceremony.

“It is an honor and a privilege to be named as one of the flag bearers by my fellow Team USA athletes for the opening ceremony,” Alvarez said. “Being a first-generation Cuban American, my story represents the American Dream. My family has sacrificed so much for me to have the opportunity to wave this flag proudly.”

Alvarez is the first baseball player ever selected for the job. He’s looking to become just the sixth person and third American to ever medal in both Games. A male athlete from any country hasn’t pulled off the feat since 1936.

“I didn’t know that I was ever going to make it this far,” Alvarez, 31, said last week. “I was always willing to put in the work and the sacrifice to do so but to be potentially part of that exclusive club would be a dream come true of mine, honestly.”

Alvarez entered the 2014 Winter Olympics sure of one thing: he was going to return to baseball in hopes of reaching the major leagues. Last August, Alvarez made his big-league debut with the Miami Marlins.

He became the first major leaguer to have participated in the Winter Olympics and the first non-baseball Olympian to play in the majors since Jim Thorpe ended his six-year career in 1919. Alvarez’s first career hit came off two-time Cy Young Award winner Jacob deGrom

The breakthrough was improbable. Alvarez played baseball in high school, but only received offers from NAIA colleges. The lack of interest prompted his decision to focus on speed-skating, though he also played a season for Salt Lake Community College. He batted .311 in 63 games and was named all-conference for the elite junior college program, but he remained focused on skating.

He returned to the sport at 24-years-old, ancient by minor league standards, but the Chicago White Sox signed him shortly after Sochi. The first step was recalibrating his body. Speed-skaters focus on developing muscle mass in their lower bodies and avoid adding muscle up top.

Alvarez said he weighed 150 pounds in Sochi. He’ll be 35 pounds heavier in Tokyo.

Alvarez batted .189 in 12 games for the Marlins last season before he was designated for assignment. The demotion opened the door to his second Olympic opportunity. Olympic baseball rosters can’t include players on major-league 40-man rosters. Alvarez remained with the Marlins’ organization — he’s played in 23 games for three affiliates this season — but he isn’t on the 40-man roster, allowing him to play for the U.S.

Alvarez was the team’s starting second baseman in three of four qualifying tournament games in Florida last month. He went 3 for 11 with two walks as Team USA went 4-0 to become one of the six countries in the Olympic tournament.

“What he has accomplished so far is extraordinary,” Team USA baseball manager Mike Scioscia said. “I know that he’s very excited to hopefully help us get to our goal and if he does or if we do or if we don’t, it doesn’t take away from what he has done or what he’s accomplished. He’s an Olympian in the Winter Games and the Summer Games.”

The Americans open their Olympic schedule July 30 against Israel. They seek the country’s first gold medal in baseball since 2000 after the sport’s 13-year hiatus from the Games. They’ll have a 5-foot-9 speed-skater-turned-infielder striving to make his own history.