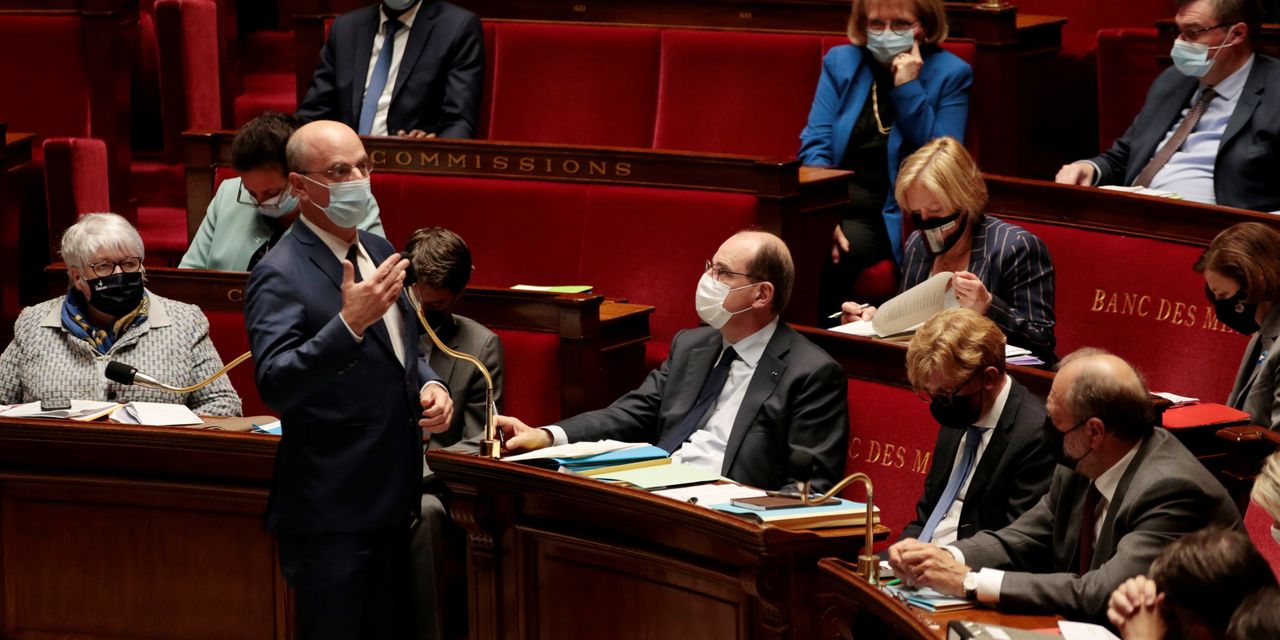 to cut greenhouse gas emissions, over objections from opposition lawmakers and environmental groups who said it would leave the country short of meeting targets under the Paris climate accord.

Mr. Macron has been one of the most vocal defenders on the global stage of the Paris deal, which was signed in the French capital a year-and-a-half before he was elected president in 2017. But at home he is under pressure to bring France in line with the European Union’s plan to achieve the bloc’s Paris accord commitment: a 55% reduction in greenhouse gas emissions by 2030 compared with 1990.

Mr. Macron in 2019 backed off a plan to raise carbon taxes on energy after the idea sparked the antiestablishment yellow vest movement. That threw off France’s plans to hit its EU commitment on emissions.

“The yellow vest movement reminded us how crucial public acceptance is,”

a lawmaker from Mr. Macron’s party, said Tuesday. “There is a middle way between those for whom nothing is good enough and those who don’t want to do anything.”

Tuesday’s bill must be reconciled with a text that has yet to pass the French Senate before it can become law.

The measures in Tuesday’s bill include a ban on most domestic flights when a trip by train of less than 2 1/2 hours is available. The bill would progressively forbid landlords from renting the least energy efficient homes, and it would require schools to offer a vegetarian option in cafeterias, to limit greenhouse gas emissions from raising farm animals.

But Mr. Macron and his party rejected more ambitious measures, such as a 4% tax on dividends to fund environmental policies or extending the ban on domestic flights to those that could be covered by a four-hour train ride.

“We all know this text will not be sufficient to obtain the objectives that France set itself,” said

a lawmaker from the Socialist Party. “We can’t support a policy of very small steps.”

Many of the more ambitious measures were recommended by a group of 150 everyday citizens created by Mr. Macron to write a plan that would put France on the path to being carbon neutral—emitting no more carbon dioxide than the country absorbs—by 2050. After the group came out with its recommendations, Mr. Macron said the government needed to consider their economic impact.

“I’m not going to say that because these 150 citizens wrote something it’s the Bible or the Quran,” Mr. Macron said.

Under the EU’s Paris climate plan, France has committed to reduce emissions 37% by 2030 in transportation, buildings and other sectors not covered by the EU’s carbon dioxide emissions allowance market. The European Commission, the EU’s executive arm, said last year that France would fall 11 percentage points shy of the target without further measures.