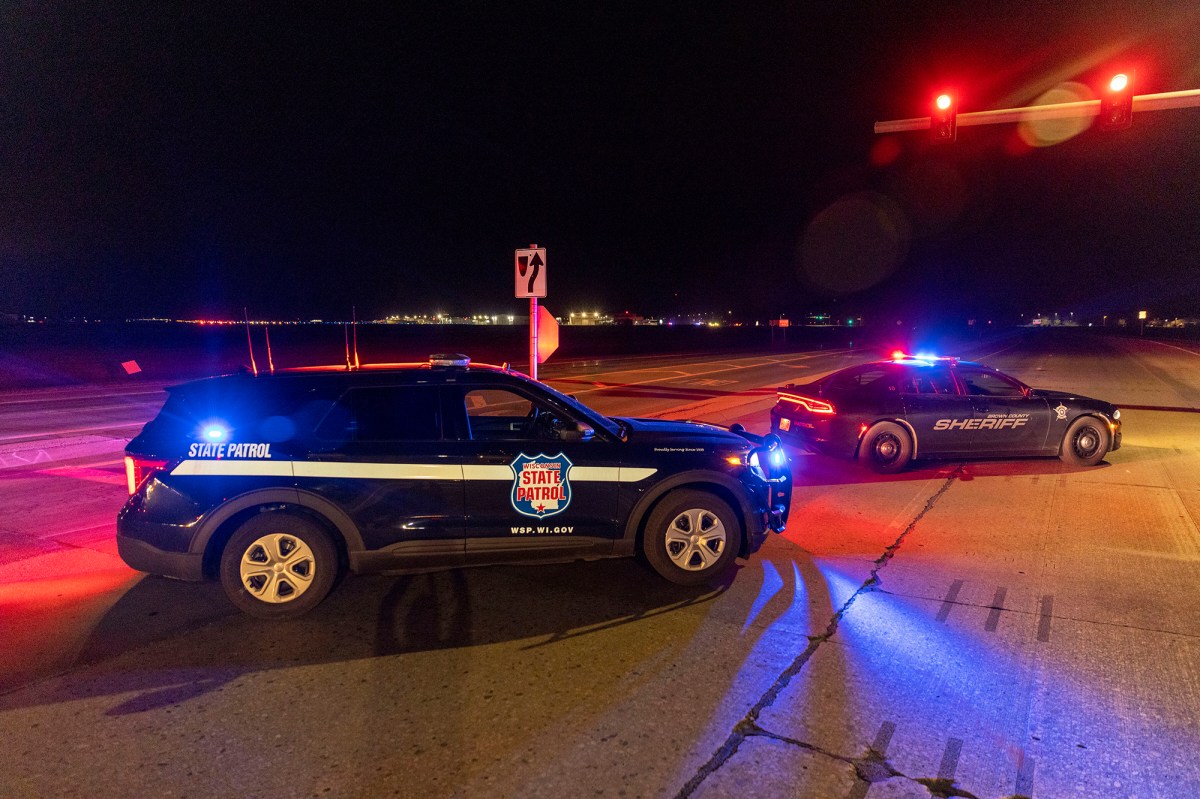 ​A gunman walked into a Wisconsin casino looking for a person he appeared to have a beef with and opened fire on a group of people even though the target wasn’t there, killing two and seriously wounding a third before being shot dead by police, authorities said.

“He was targeting a specific victim who was not there, but he decided to still shoot some of the victim’s friends or co-workers, it appears,” Brown County Sheriff’s Lt. Kevin Pawlak said.

He said it was still unclear if the shooter, who has not been identified, was a former employee of the casino, but added that “it appears there’s some relationship that had to do with employment.”

“Whether or not they all worked there, we’re still working on,” Pawlak said.

The violence erupted around 7:30 p.m. at the Duck Creek Restaurant inside the Oneida Casino/Radisson Conference Center in Ashwaubenon, west of Green Bay, WBAY-TV reported.

The gunman was killed by law enforcement outside the casino, and two victims were found inside the restaurant.

A third person with serious injuries was found outside near the entrance, authorities said.

That victim was flown to a hospital in Milwaukee.

“I know for sure two, because it happened right next to us, literally right next to us,” Yatim said. “But he was shooting pretty aggressively in the building, so I wouldn’t doubt him hitting other people.”

“We got the hell out of there, thank God we’re OK, but obviously we wish the best for everybody who’s been shot,” he said.

Max Westphal said he was sitting inside the casino with friends when they heard the order to evacuate, and believing it was nothing serious walked outside.

“We’re still joking around about it and all of a sudden we hear a massive flurry of gunshots, 20 – 30 gunshots for sure,” Westphal told WBAY.

“So we took off running toward the highway. Got out there and I mean that’s pretty much it. That’s all we heard. There was cops … there had to have been 50 cop cars that came by on the highway. It was honestly insane. It was crazy,” he said.

Alex Churchill said he also heard the volley of shots.

“It started between the Radisson, the other hotel and the casino. And then the last that we heard a worker came running out that they’re right by the parking garage, which is around the corner from where we were,” said Churchill.

The casino is owned by the Oneida Nation.

“Please keep our community in your prayers, there was an active shooter at our Hotel and Casino tonight. Situation is under control and the community is in no further danger. Updates will be be forthcoming as Oneida and surrounding law enforcement and emergency agencies are at the scene,” said Brandon Stevens, the vice-chairman of the Oneida Nation.

Wisconsin Gov. Tony Evers said he and his wife, Kathy, are “devastated” by the shooting.

“Our hearts, thoughts, and support go out to the Oneida Nation, the Ashwaubenon and Green Bay communities, and all those affected by this tragedy. While we are waiting for more information, we hope and pray those who were injured will recover and are grateful for the first responders who quickly responded to the situation,” Evers said in a statement.

The mayhem at the casino comes two weeks after a gunman shot three people dead and wounded three others at a bar in Kenosha.

The shooter returned to the bar after being tossed out and opened fire.

A 24-year-old man has been charged in the killings.