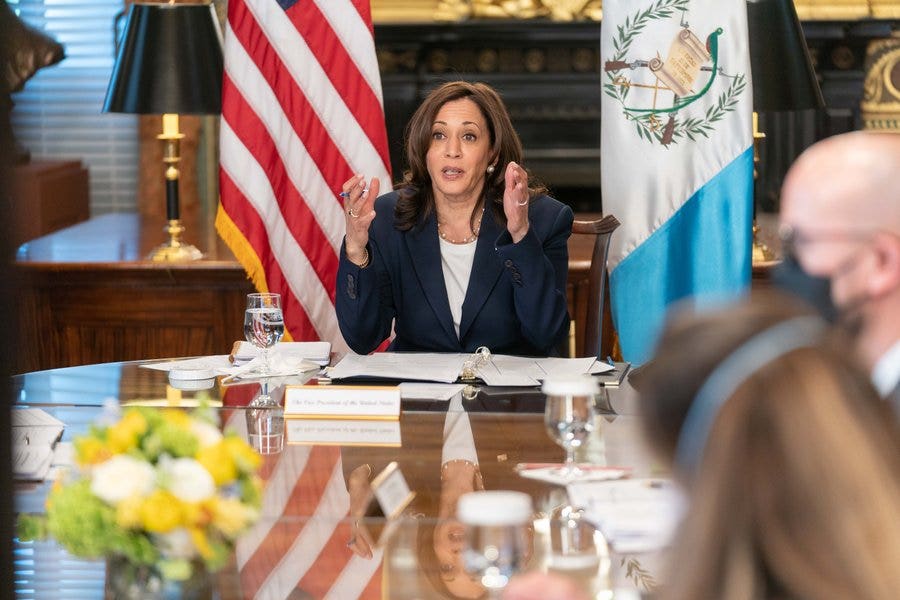 Harris offered an additional $310 million to address food insecurity in the region. Guatemala, like other countries in the Northern Triangle, has been trying to recover from hurricanes, drought and COVID-19 infections. Harris said these conditions caused many to leave their homes despite preferring to stay.

The U.S. also agreed to train members of a Guatemalan task force responsible for protecting the country’s borders and putting a brake on uncontrolled migration. The United States will also help Guatemala to build shelters for returned migrants and help the migrants transition back to life in their home communities.

VP HARRIS ON SOUTHERN BORDER ASSIGNMENT: ‘IT’S NOT GOING TO BE SOLVED OVERNIGHT’

Harris’ office announced the increase in a statement after the video conference.

Republicans have been critical of Harris ever since she was appointed by President Biden to address the border crisis. Harris was tasked with serving as a diplomatic liaison between the U.S., Mexico, Honduras, Guatemala and El Salvador.

The White House has blamed the Trump administration for the surge at the border, and Republicans insist that Biden’s policies are the root cause of why so many are taking risky journeys to the border.

Republicans have criticized Harris for not visiting the border or holding a press conference on the issue, but the White House said her focus is not the border, but rather the “root causes” of the migration.

GET THE FOX NEWS APP

Harris told Giammattei that she plans on visiting the country in June and hopes that the U.S. and Guatemala will come together to manage migration in an “effective, secure and humane manner.”