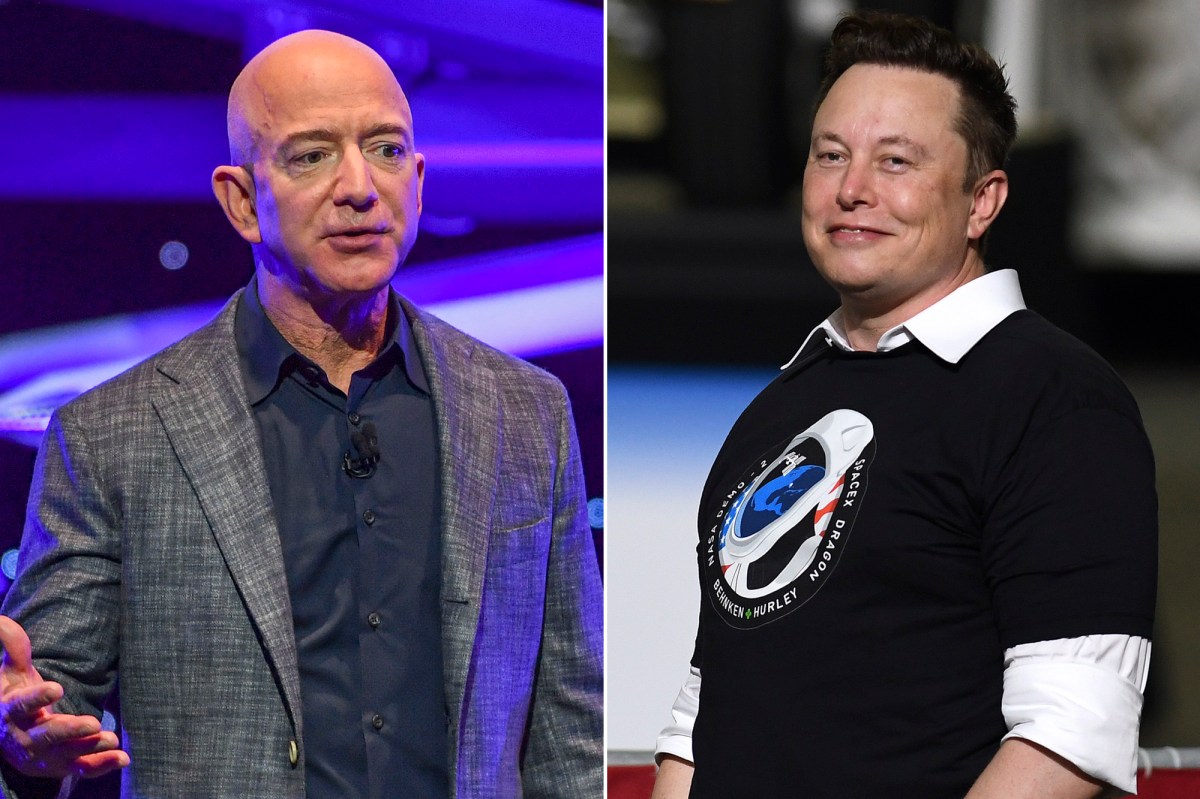 It’s Star Wars — between two of the galaxy’s richest men.

Jeff Bezos’ Blue Origin announced Monday that it is officially challenging NASA’s decision to award a $2.9 billion contract to Elon Musk’s SpaceX to build a moon lander for American astronauts — prompting the Tesla CEO to troll his new rival as suffering a case of “blue balls.”

In a statement, Blue Origin slammed the agency’s decision as “flawed” and said the federal space agency “moved the goalposts at the last minute.” The company, which was founded by Amazon CEO Bezos, added that it has filed a protest with the Government Accountability Office.

“In NASA’s own words, it has made a ‘high risk’ selection,” Blue Origin said. “Their decision eliminates opportunities for competition, significantly narrows the supply base and not only delays, but also endangers America’s return to the moon.”

SpaceX did not immediately return The Post’s request for comment but in a tweet responding to The New York Times reporter who first reported the challenge, Musk said: “Can’t get it up (to orbit) lol.” That appears to be a reference to the fact that Blue Origin has not yet achieved orbit with any of its rockets.

Musk later tweeted an image of Bezos with Blue Origin’s moon-lander prototype, which was edited to read, “blue balls.”

NASA was expected to choose two awardees to keep the construction of the lunar landers a competition, which made the sole selection of SpaceX a surprise win for the company, which is owned by Tesla CEO Musk.

The Human Landing System is seen as a key part of NASA’s plan to return American astronauts to the moon by 2024. About a year ago, the space agency awarded nearly $1 billion to fund research and development of prototypes by the three bidders for the final contract.

SpaceX said it planned to use a variation of its massive Starship rocket, which it’s currently developing on its own for deep space missions and has been testing at its facility in Texas. Blue Origin, in contrast, teamed up with a so-called “National Team” of aerospace heavyweights Lockheed Martin, Northrop Grumman and Draper to develop a more traditional two-stage lander.

In its announcement of the award to SpaceX, NASA said that the outfit offered the lowest price “by a wide margin.” The agency added at the time that because Congress only allocated $850 million in NASA’s fiscal 2021 budget for lander development, it “down selected” to award the contract to just one bidder rather than two.