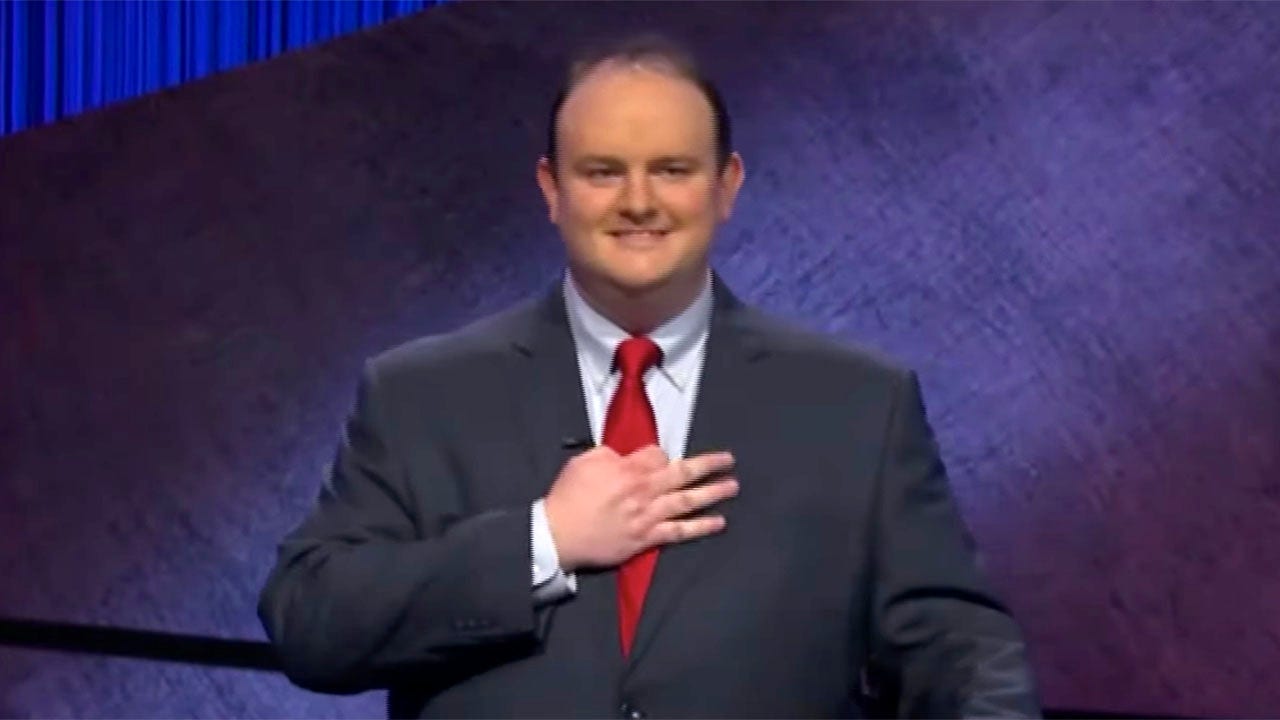 “Jeopardy!” contestant Kelly Donohue “unequivocally” condemned White supremacy and racism on Thursday after viewers accused him of flashing a hand gesture during Tuesday’s episode that has become synonymous with White supremacist groups.

The returning champion appeared on Tuesday’s episode of the competition trivia show and during the show’s introductions, Donohue appeared to hold up the last three fingers on his right hand, forming an “OK” sign touching his forefinger to his thumb and holding it to his chest. Donohue then tapped his chest three times with the hand gesture.

The on-air moment resulted in Donohue receiving immense backlash from at-home viewers and past contestants. The gesture many accused him of using has been classified as a symbol of hate by the Anti-Defamation League as of 2019.

“I’m truly horrified with what has been posted about me on social media. I absolutely, unequivocally condemn white supremacy and racism of any kind. People who know me personally know that I am not a racist, but for the public at large it bears repeating: I am not a racist and I reject and condemn white supremacy and all forms of bigotry for the evil they are,” Donohue wrote in a lengthy statement on Facebook.

Returning champion Kelly Donohue appeared on Tuesday’s episode of the competition trivia show. In a since-deleted Facebook post, Donohue vehemently denied signaling anything other than the number three – which was Donohue’s third appearance on the program. He then denied claims of white supremacy again on Thursday.
(‘Jeopardy!’/Sony Pictures Television)

“It’s shameful to me to think anyone would try to use the stage of ‘Jeopardy!’ to advance or promote such a disgusting agenda. During the taping of my fourth episode, I was simply raising three fingers to mark my 3rd win. There was nothing more I was trying to indicate,” he said.

“I deeply regret this terrible misunderstanding. I never meant to hurt a soul and I assure you I am no friend of racists or white supremacists,” his post continues.

This is not the first time Donohue has spoken out on social media since the airing of Tuesday’s episode. In a since-deleted Facebook post, he vehemently denied signaling anything other than the number three.

Donohue as well as reps for “Jeopardy!” did not immediately respond to Fox News’ request for comment.

Meanwhile, a formal letter from more than 400 alleged former “Jeopardy!” contestants published to Medium on Wednesday called for showrunners to act on the alleged condemned hand gesture.

“This, whether intentional or not, resembled very closely a gesture that has been coopted by white power groups, alt right groups, and an anti-government group that calls itself the Three Percenters,” the letter reads.

It goes on to say: “Regardless of his stated intent, the gesture is a racist dog whistle. Some of the first people to notice this were not affiliated with ‘Jeopardy!’ in any way — they were viewers who couldn’t believe what they’d seen, captured it on video, and shared it to Twitter. Among them were people of color who, needless to say, are attuned to racist messaging and not appreciative that the show allowed this symbol to be broadcast.”

Share
Facebook
Twitter
Pinterest
WhatsApp
Previous articleOne of the best beach towns in America is in Massachusetts, according to Travel + Leisure
Next article‘The Mosquito Coast’ feels even weirder moving the book into the modern age