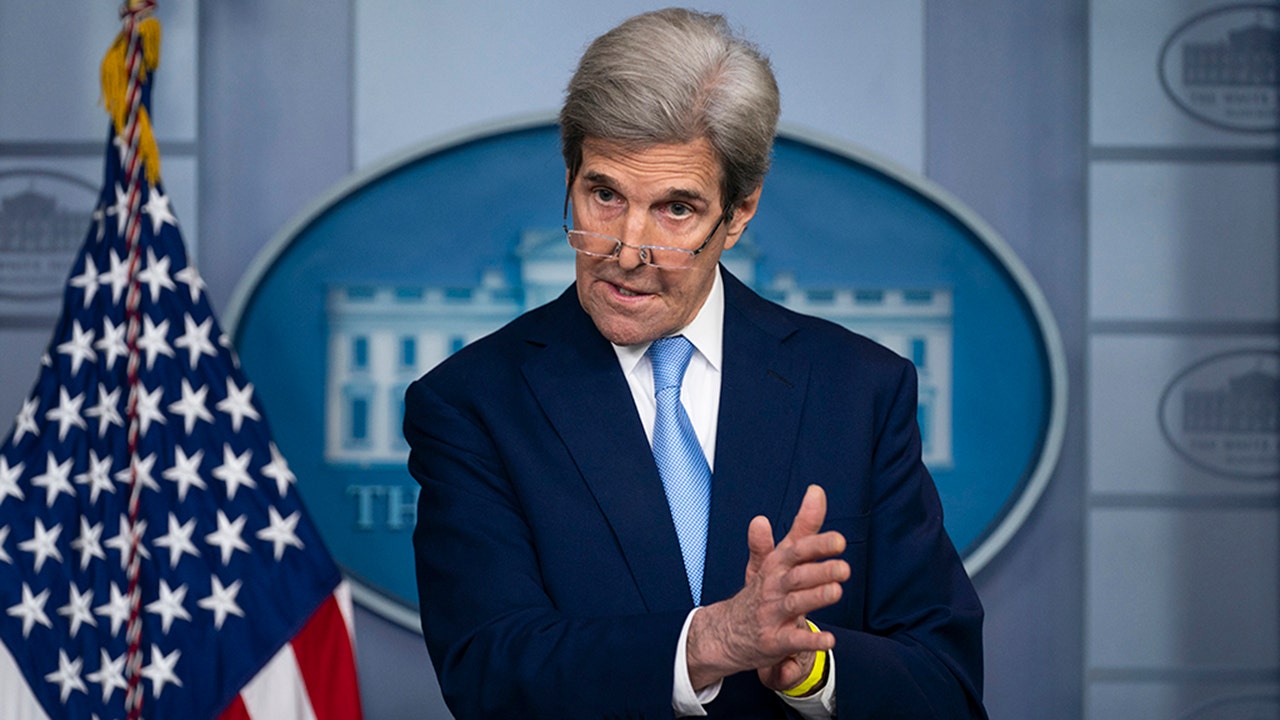 Good morning and welcome to Fox News First. Here’s what you need to know as you start your day

John Kerry denies allegations he divulged Israel’s covert operations
U.S. Special Climate Envoy John Kerry on Monday denied allegations that while he was serving as secretary of state under Barack Obama he informed the Iranian foreign minister of Israeli operations in Syria.

Iranian Foreign Minister Mohammad Javad Zarif alleged in the audio that Kerry told him that Israel had struck around 200 Iranian targets in Syria.

The Iranian leader admitted he was shocked by the purported admission, as reported by The New York Times.

Republicans were quick to jump on the reports as a betrayal to Israel – a key U.S. ally in the region – with some even calling for Kerry’s resignation from his post in the Biden administration. CLICK HERE FOR MORE ON OUR TOP STORY.

The protests took place several hours after Brown’s family said they were only allowed to see a small portion of police body camera footage of the April 21 shooting. Authorities have released few details on the shooting and video of the incident has not yet been made public.

On Monday evening, hundreds of protesters marched through the city’s downtown area, as some carried signs and chanted: “Release the tape! The real tape!”

Local police — who were blocking traffic to allow the protests to pass by — were confronted by the crowd on two occasions, according to the Charlotte Observer.

Los Angeles police officer pens letter to LeBron James requesting sitdown to talk about policing
A Black Los Angeles police officer who has worked in the city’s Skid Row area for two decades invited LeBron James to have a discussion about policing following a much-criticized tweet from the Lakers star related to the fatal police shooting of a teenage girl.

Deon Joseph, a 24-year veteran of the LAPD, posted a letter to his Facebook page Sunday addressed to James where he called his stance on policing “off base and extreme.”

James has frequently spoken out against racism and police misconduct in recent years.

He came under fire last week after tweeting an image of a Columbus, Ohio police officer following the shooting of Ma’Khia Bryant, who was shot by an officer as she was attacking another teen with a knife.

The incident occurred minutes before a Minneapolis, Minn., jury convicted Derek Chauvin in the death of George Floyd.

“YOU’RE NEXT #ACCOUNTABILITY,” James tweeted with the officer’s image.

He later deleted the post, saying it was being used to “create more hate.” CLICK HERE FOR MORE.

THE LATEST FROM FOX BUSINESS:
– Elon Musk teases Jeff Bezos ‘can’t get it up’ in battle over space contract
– Biden’s estate tax changes will wipe out millions of small businesses: Norquist
– Tesla claims deadly Texas car crash may have had passenger behind the wheel
– GM President Reuss says chip shortage is ‘worst’ auto supply issue ever as sale prices rise

#TheFlashback: CLICK HERE to find out what happened on “This Day in History.”

Laura Ingraham discussed the Democrats’ continued movement against law enforcement on Monday’s “The Ingraham Angle,” pointing out “50 years ago, liberal, big-city mayors are presiding over a major crime surge and Democratic leaders not only seem that they don’t care – in fact, their responses to the surges are making things more dangerous.”

Not signed up yet for Fox News First? Click here to find out what you’re missing.

Fox News First was compiled by Fox News’ Jack Durschlag. Thank you for making us your first choice in the morning! We’ll see you in your inbox first thing Wednesday.

MS-13 implicated in fourth attack by gang on trans person in...