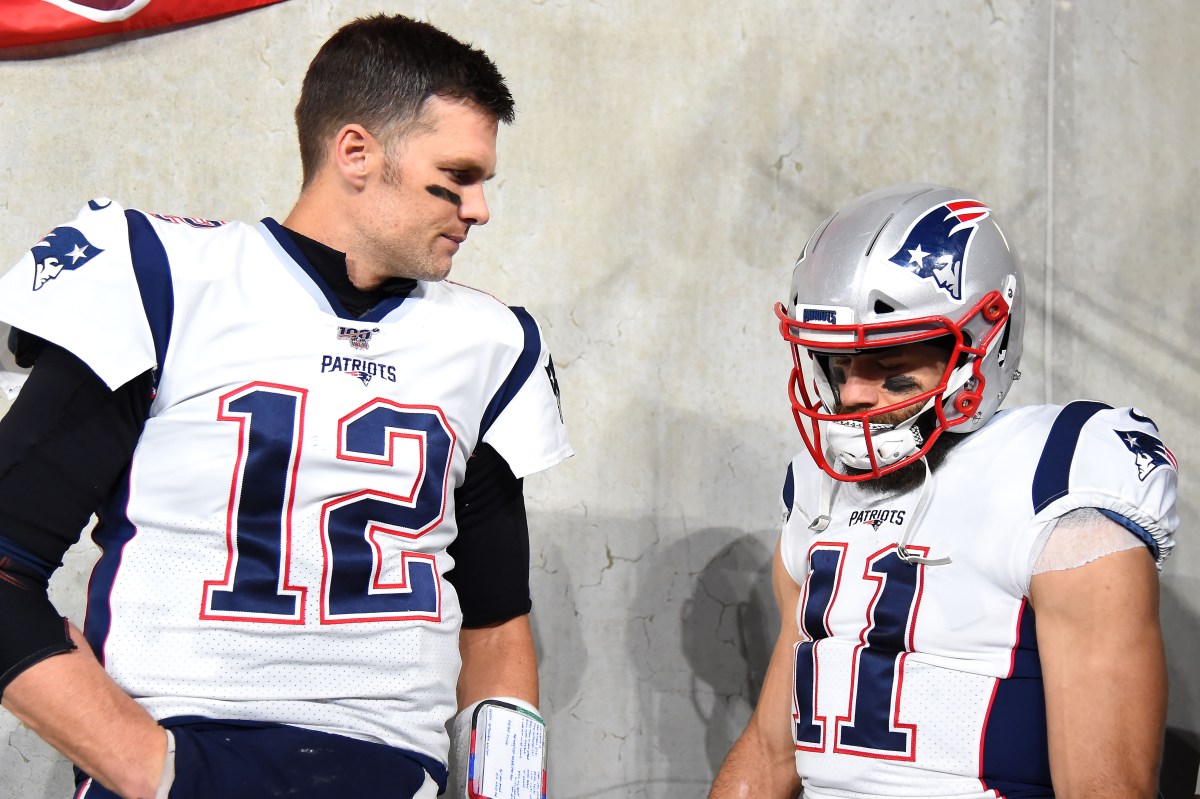 Newly retired Julian Edelman is setting the record straight amid speculation of a reunion with former Patriots teammate Tom Brady in Tampa Bay.

“Ain’t going anywhere bubs,” Edelman tweeted at Pat McAfee after the host argued on his show that Edelman should reunite with Brady and join the Buccaneers.

Further confirming his loyalty to the Pats, Edelman added the hashtag, “#Foxboroforever.”

In the clip, McAfee discussed comments Brady made about Edelman while on the NFL Network’s virtual Draft-A-Thon on Thursday night — which included Edelman, former pros Deion Sanders and Michael Strahan, as well as actors Kevin Hart and Mark Wahlberg.

“We know Julian didn’t retire. Let’s be honest,” a laughing Brady said during the event.

“He’s just too scared to tell [Patriots head coach] Bill [Belichick] he wants to come to Tampa. I’ve been there,” Brady added, joking about his departure from the Pats in March 2020, after 20 seasons.

McAfee noted that Edelman didn’t deny Brady’s claim, nor answer his former quarterback during the Zoom broadcast — and instead, poked fun at Brady’s springtime shirt.

The on-air exchange marked the second time Brady has publicly hinted at an Edelman reunion since the 34-year-old announced his retirement in mid-April.

Soon after the announcement, Brady called Edelman “a free agent” in a post on Instagram Stories while the two discussed the NFL’s revised jersey number rule — which Brady ripped apart after the rule was passed last month.

Brady, at the time, joked that his former star wide receiver was trying to “butter me up” to come out of retirement. From there, the internet pounced on the idea that Edelman would return to the league to play with Brady — just like ex-Patriot Rob Gronkowski did when he came out of retirement to join Brady and the Bucs in April 2020. The move aided Tampa Bay’s Super Bowl 55 victory over the Chiefs in February.

Edelman, who helped New England win three championships and was the MVP of Super Bowl 53, announced his retirement in a video on social media on April 12. He later confirmed the next chapter in his career as an analyst on “Inside the NFL.”

Edelman’s decision to retire was fueled by a chronic knee injury that limited him to six games last season.