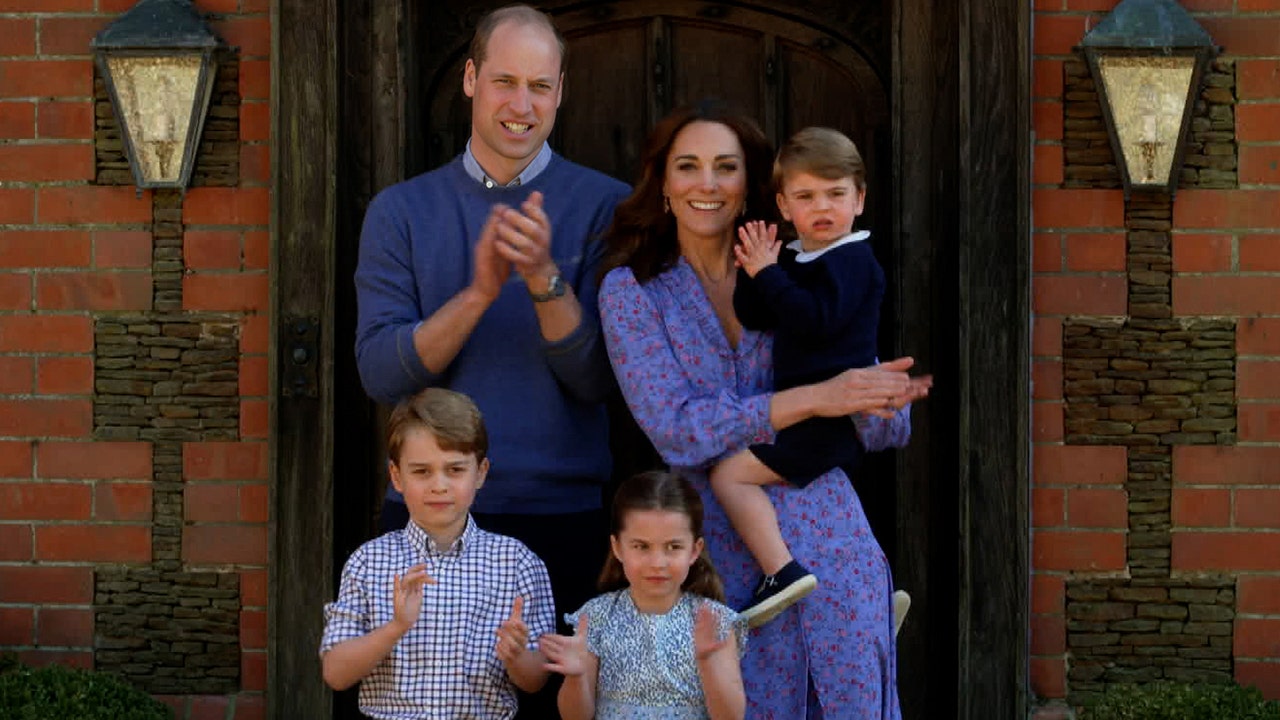 Kate Middleton and Prince William are giving fans a peek into their family life.

The royal duo celebrated their 10th wedding anniversary on Thursday and after receiving well wishes, they took to social media to thank their fans.

“Thank you to everyone for the kind messages on our wedding anniversary,” said their online note. “We are enormously grateful for the 10 years of support we have received in our lives as a family.”

Also attached to the post was a sweet, 40-second video of the parents playing outdoors with their three children: Prince George, 7, Princess Charlotte, 5, and Prince Louis, 3.

In the clip, the family of five can first be seen on a hike near the beach. Their dog can be spotted during the hike as well.

Next comes a shot of William, 38, playfully chasing Charlotte and Louis, who both wear massive smiles as they run.

Middleton can then be seen walking-hand-hand with her firstborn before she cuddles up to William, Louis and Charlotte.

Louis could also be seen enjoying some time on a seesaw with his sister, before playfully playing chase with his mother.

The family then roasts marshmallows over an open fire as William wraps his arm around Kate, 39.

The video was created by filmmaker Will Warr.

In celebration of their 10th wedding anniversary, Kate Middleton and Prince William shared a short video featuring footage of themselves playing with their three children. (Photo by Comic Relief/BBC Children in Need/Comic Relief via Getty Images)


The Duke and Duchess of Cambridge also celebrated their anniversary by sharing a pair of new portraits of themselves on Wednesday.

For the photos, the two dressed in blue. Middleton donned a light blue wrap featuring sheer sleeves and black decals on the top, while the bottom was predominantly white.

For his part, William went with a simple sweater, collared shirt and trousers.

In the first pic, the Duke and Duchess of Cambridge sat near a grassy backdrop, while in the second, they embraced one another while standing near a building.

Scott Rudin says he plans to resign from Broadway League amid...