HomeEntertainmentKathy Ireland on launching a music label, facing rejection as an entrepreneur:...
Entertainment

Kathy Ireland on launching a music label, facing rejection as an entrepreneur: ‘It didn’t destroy me’ 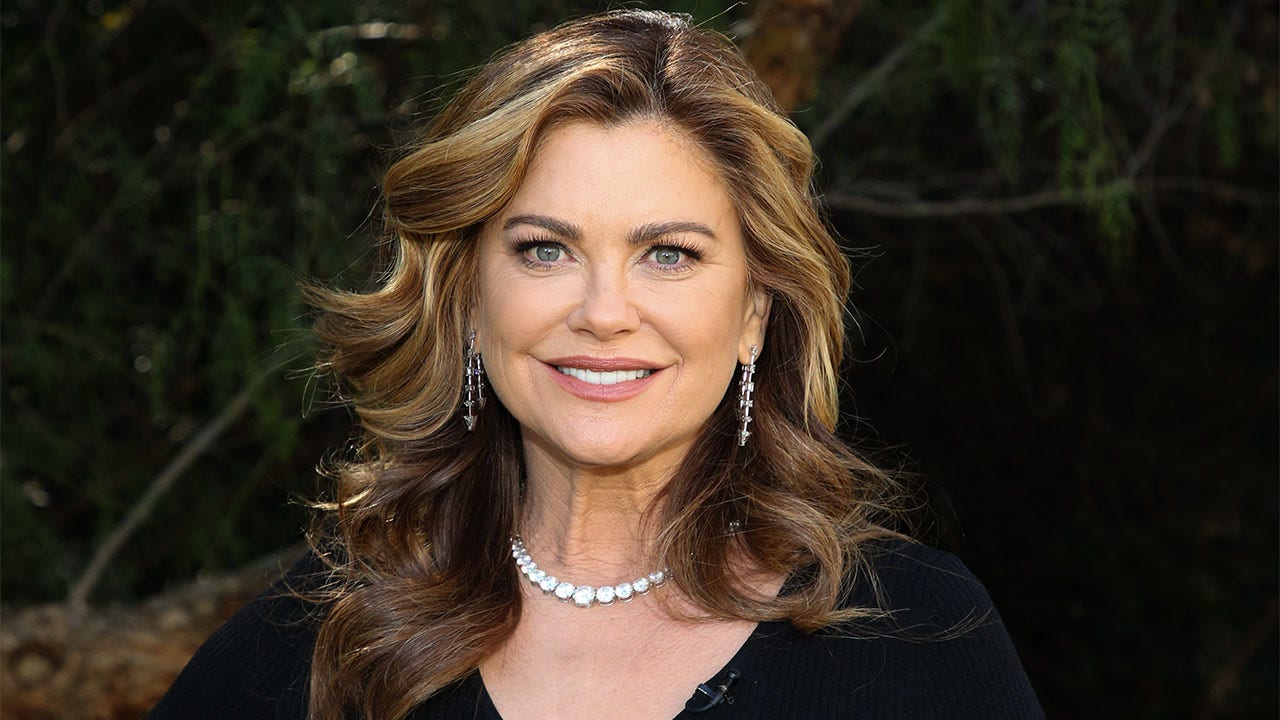 EXCLUSIVE: Kathy Ireland is many things, but she wouldn’t call herself a singer (although she can certainly belt out a tune in the car).

But the former model-turned-entrepreneur has always known she wanted to make a difference. And it was no different when it came to music. That’s why she teamed up with multi-platinum selling artists Marilyn McCoo and Billy Davis Jr. Earlier this year, the Grammy Award winners released the single “Blackbird” from their first studio album in three decades titled “Blackbird: Lennon-McCartney Icons.” Ireland said their music is not only joyful but provides much-needed comfort and peace for families.

The album marks the couple’s first release with Encore Endeavor 1 (EE1), a subsidiary of kathy ireland® Worldwide (kiWW®), which has a multi-recording agreement with BMG.

KATHY IRELAND REVEALS HOW THE MODELING INDUSTRY HAS CHANGED: ‘THERE’S OPPORTUNITY FOR DANGER’ AND ‘PROTECTION’

Ireland, 58, spoke to Fox News about what compelled her to launch a music label, why she was so moved by McCoo and Davis Jr., as well as the important piece of advice she learned from Elizabeth Taylor.

Fox News: What can audiences expect from Marilyn McCoo and Billy Davis Jr.’s newest music?
Kathy Ireland: Oh my goodness, they can expect incredible music. They’re just amazing. They’re being described as passionate, powerful and beautiful. It all rings true. They’re in their 70’s and 80’s and on the charts with kids like Bruno Mars.

KATHY IRELAND SHARES WORKING FROM HOME TIPS DURING THE PANDEMIC: ‘CHANGING OUR EXPECTATIONS IS HELPFUL’

It’s just so extraordinary that they’re pursuing their love of music at this stage in their lives. And that’s one thing we can all use now: love. Their album is one of hope. And we’re just grateful. We began negotiations with BMG for a label of our own so that we can bring music and opportunities to those that might not be receiving the attention they deserve.

Fox News: What was it about the music industry that made you want to get involved?
Ireland: I have such respect for people who have the gift of music. I love to sing. I sing all over the house. When I sing in the car, the family turns up the radio to tune me out *laughs*. But music is just a wonderful form of communication and expression. There’s a lot of music out there that does not speak to me. I don’t believe in censorship. But there’s music that I do not want in our house that hurts my soul. So being able to work with artists like Billie and Marilyn has been wonderful.

During these times of COVID, every protocol was taken to keep them healthy. No limits were left on them. Their music is a beautiful message of hope and peaceful movement. They’re the first African-American couple to have their own CBS television series and they’ve won seven Grammys. They’re the only married couple to win Grammys in R&B and pop. They’re great people and it brings me so much joy to experience their work. Their voices are stronger than ever. You can’t help but smile when you hear their music. It’s what the world needs.

KATHY IRELAND REFLECTS ON HER ICONIC SPORTS ILLUSTRATED SWIMSUIT COVERS: IT WAS AN ‘OUT OF BODY’ EXPERIENCE

Fox News: What do you believe is missing from music today or what would you like to hear more of?
Ireland: I would like to hear more hope. That’s what the world needs, especially now more than ever. I want to feel hope and I like to hope. I mean, everybody’s got different tastes. But personally, I like music that has a positive message.

We don’t need any more negativity than what is already out there in the world. So that’s what I look out for. Now, I’m unapologetically Christian. Many on our team are not. And that is absolutely fine because faith is personal. But I must say, for me personally, my first and last meeting of each day is with the Lord. So hearing music that is uplifting and hopeful has been a wonderful gift.

Fox News: Many people of course recognize you from your modeling years. When you began pursuing your ideas as an entrepreneur, did you face any obstacles because you were initially seen as a model?
Ireland: Oh, so many. Elizabeth Taylor, a great mentor of mine, once told me, “Excuses are so indignified and they don’t solve you.” Those are great words to live by. One of the greatest gifts of my modeling career, and I didn’t appreciate it at the time, was all the rejection. Because in business, when people would slam doors in our faces, literally, and they’d hang up on me or laugh and say how stupid it was or what a stupid idea, I kept going. Nobody loves being rejected, but it didn’t bother me. I was fine. It certainly didn’t destroy me.

KATHY IRELAND REFLECTS ON HER FRIENDSHIP WITH ELIZABETH TAYLOR: ‘HER COURAGE REALLY INSPIRED ME’

I’ve learned that you have to believe in what you’re doing. You have to fight for it, learn how to do it better. I always ask “why” after getting rejected. I ask a lot of questions. I’m very curious and I’m always eager to learn. Criticism can be a gift. Sometimes it’s wrapped in a nasty package. But it allows me to learn and grow.

People can deliberately provide criticism in an unkind way. But you have to look at the criticism and say to yourself, “Is there something I can learn from this?” And usually, it’s yes. So yes, I received a lot of rejection early on. And yes, people would say, “Well, it’s easy for you to start a brand. You’re already known as a model.” But I always tell them, “If you have the gift of anonymity, it gives you a clean slate to start your brand.” There were many times where I would enter a board room and my ideas were not taken seriously because of my background.

I did recognize that when I started in business. Yes, there were doors slammed in my face. There were some doors that opened because of my [modeling] background, but they were opened out of curiosity. They had no intention of doing business with us. But I always tell someone if you believe in something, if you’re passionate about something, you have to keep pushing for it. You have to bring your best. Bring your creativity, your drive, bring it all. You’ll face rejection, but learn from those experiences and keep going. For me, it’s been an exciting journey.

Fox News: You’re the International Youth Chair for the National Pediatric Cancer Foundation. Could you describe that moment in your life when you realized that you wanted to help children in need?
Ireland: Oh, that came in childhood. I didn’t know what it would look like, but I have incredible parents. My mom was a nurse and she’s always been so loving with everyone she encounters. My dad went to heaven three years ago. He worked in labor relationships, particularly with the farmworkers and Cesar Chavez.

How people were treated was always at the forefront of my mind. Living in Santa Barbara, on the route from Santa Barbara to LA, you pass by farm country where my dad did a lot of his work. Often time, children were taught in the fields. There were no outhouses. So dad worked with Cesar Chavez to get it. We would drive by these people who were working so hard to get food on our tables and yet they had no places to relieve themselves with dignity. So he worked to help get outhouses.

… I have always wanted to help children in need. I had wonderful examples. [Even as an adult], I remember Elizabeth Taylor took me by the hand and taught me the power of giving back. She’s a hero of mine. Children are so vulnerable and precious. So anytime I can be of service to children, I mean, what a privilege. I don’t know anybody who hasn’t been touched by cancer and childhood cancer, in particular, is heartbreaking. It’s been working with greater leaders who want to make a difference in the world. That’s been inspiring and empowering to me. And it gives me great hope.

Andy Cohen shares some tea on ‘Keeping Up With the Kardashians’...