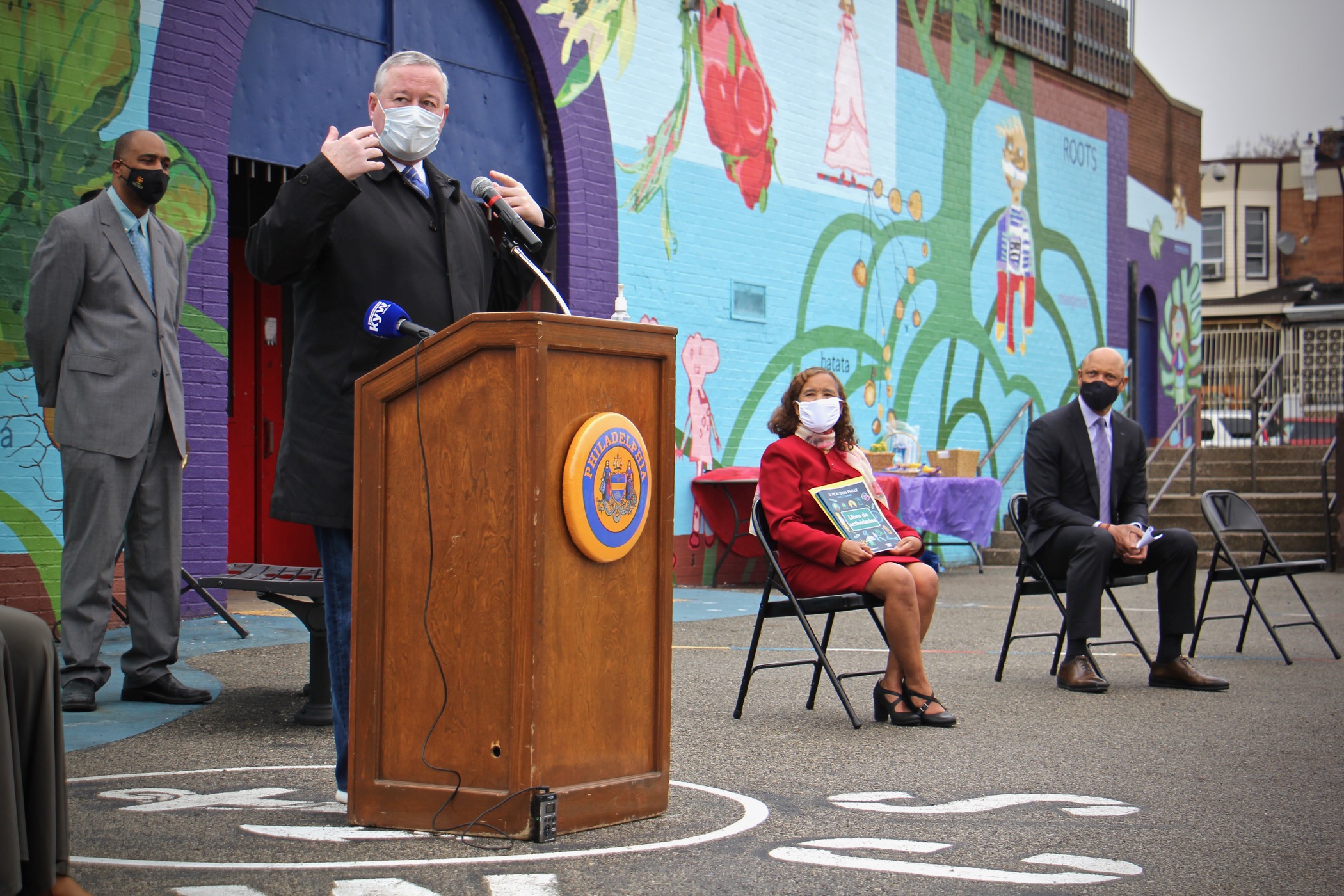 After a year of belt-tightening, Philadelphia Mayor Jim Kenney unveiled an ambitious $5.18  billion spending proposal that looks to boost city services and avoid layoffs while simultaneously accelerating cuts to business and wage taxes.

The spending plan, if approved by the City Council, would restore hundreds of millions of dollars cut in last year’s $4.9 billion budget in the wake of the coronavirus shutdown by pumping cash into education, libraries, street sweeping and paving, economic development, anti-violence programs and more. But the city’s police department — now grappling with an increasing homicide rate and calls for reform — would see its budget frozen.

The administration, in a budget presentation to City Council that was obtained by WHYY News, also trumpeted over a billion dollars in planned capital spending on infrastructure like street repaving over the next six years. It also includes roughly $132 million to cover employee benefits, like pensions.

Neglected departments, like the city’s libraries, Parks & Rec, and the Commerce Department, would see millions return after deep cuts last year — with libraries able to restore five-day-a-week service. The Community College of Philadelphia would receive a $4 million funding increase and the Fire Department would get $15 million to maintain operations, another major increase.

The administration also said it would avoid raising any taxes while initiating the “largest wage tax reduction since 2009” and making steeper cuts to the net income portion of the city’s business taxes, valued at some $343 million over five years.

The latest budget comes after a year of uncertainty that concluded with City Hall moving onto sounder financial footing thanks to $1.4 billion dollars in federal relief aid from the American Rescue Plan. Budget documents also indicate the city plans to borrow some $270 million, the largest debt increase ever, to help cover the budget’s long-term costs.

Law enforcement was notably absent among the battery of departments named for funding infusions.

A budget presentation indicated that Philadelphia Police Department spending would remain basically flat for the second year in a row. The proposed $727 million budget represented a 2.4% decrease in police funding as a share of the city’s general operating budget than in 2016, according to the Kenney administration. The police department remains the city’s largest.