Knicks’ RJ Barrett has made big improvement at free-throw line 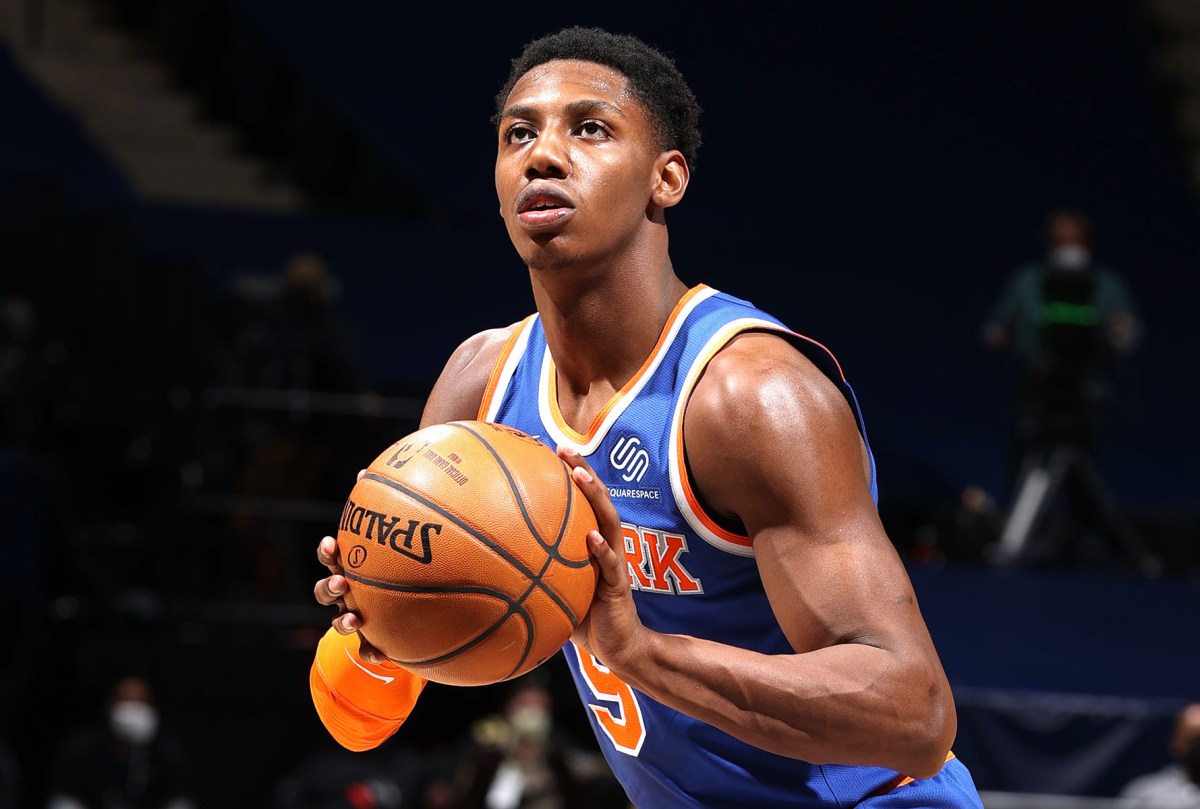 RJ Barrett’s improvement from beyond the 3-point arc has been well-documented this season, but the Knicks’ second-year guard also has improved his efficiency from the free-throw line since his rookie campaign.

Barrett’s percentage from the stripe has jumped from 61.4 percent last year to 73.6 percent this season. He was fouled on a 3-point attempt and calmly sank all three freebies to tie the score with 37.0 seconds remaining in regulation in Friday’s overtime win over the Grizzlies.

“I’ve been watching it all year. And I think his confidence is coming from all the extra time that he’s putting in,” Knicks coach Tom Thibodeau said of Barrett after the game. “I think he’s showing his growth and maturity. He didn’t get rattled. Things weren’t going our way. Just stay the course, fought his way through it.”

Barrett added another game-tying drive with 8.8 seconds left in the fourth quarter, and he nailed a go-ahead 3-pointer with 1:15 remaining in overtime. Following a sluggish start, he netted 15 of his 20 points in the final quarter and the extra session.

“The shooting piece has been huge. And then his finishing is vastly improved, as well. But his all-around play has been terrific,” Thibodeau said. “His work ethic is top of the line. His attitude and approach are top of the line. He’s a team-first guy. He’s 20 years old and he’s only going to get better.”

Alec Burks had totaled just 14 points on 4-for-16 shooting in 58 minutes over his previous three appearances, but the veteran guard scored 19 off the bench Friday, including nine in overtime.

The Knicks honored Yonkers-bred rapper DMX, who died Friday after a week on life support following a heart attack, with a scoreboard tribute between the first two quarters and with an RIP message on the marquee outside the Garden. The 50-year-old, three-time Grammy nominee’s real name was Earl Simmons.

With fans back inside Wrigley Field, Chicago felt normal again for...