HomeAutosL.A. Auto Show: VW America's chief has a plan to move past...
Autos

L.A. Auto Show: VW America’s chief has a plan to move past the emissions scandal 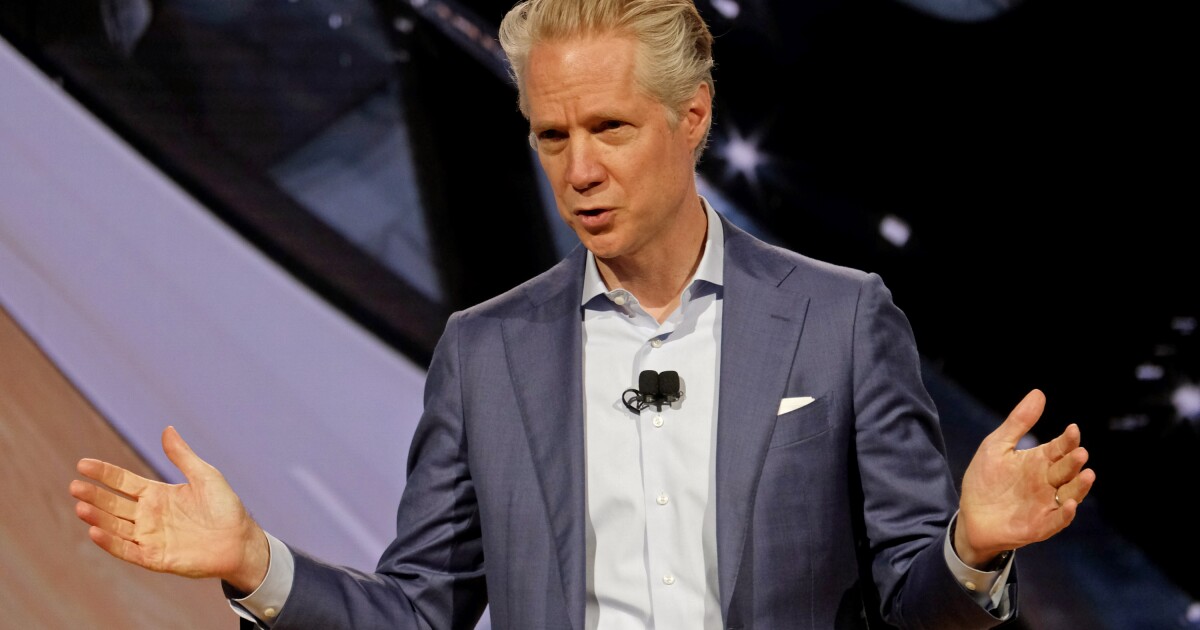 Scott Keogh is apologetic about the Volkswagen diesel cheating scandal. But he wants everyone to know that the company has fundamentally changed its ways.

The rank and file at Volkswagen “didn’t cause this madness,” said the chief executive of Volkswagen Group of America, “but we have a responsibility to the millions of Volkswagen customers who love this brand, to the dealers, to the employees to regain their trust.”

The scandal, sparked by an investigation by California regulators in 2015, set the company reeling. Top VW executives have been fired, fined, accused of crimes and, in one case, sent to prison. Sales suffered, profits went poof, and VW scrambled to remake itself.

Keogh, 50, was head of North America operations for Audi, an arm of VW, before he assumed his current role almost exactly a year ago. Up to that point, VW hadn’t named an American citizen to that position in 25 years.

Part of the plan to heal dieselgate’s wounds is to craft a clean-energy image for VW. Three all-electric Volkswagens are expected to hit the U.S. over the next three years, including a crossover SUV by the end of next year and an electric take on the vaunted VW microbus due in 2022.

VW has joined Ford, Honda and BMW to support California’s stricter emissions requirements, bucking up against the Trump administration’s plan to loosen them. It plans to achieve a companywide zero-carbon footprint by 2050.

The company kicked off a new marketing campaign this year with a commercial that uses Simon & Garfunkel’s “The Sounds of Silence” to contrast dieselgate darkness with a new, happy electric-future light.

There’s work to be done. VW accounts for only about 2% of the overall U.S. market. That share declined slightly in the scandal’s wake. Soon after dieselgate, surveys showed 32% of potential customers said they would actively avoid VW.

“It’s impossible to succeed with those kind of numbers,” Keogh said in an interview at the Los Angeles Auto Show, which runs through Sunday. “Your average brand has anywhere between 8% and 10%.”

He claims that number is now down by half, to 15%. “That’s the thing I’m happiest about,” he said.

Following are excerpts of that interview.

On goals and how he’ll get there

“My first and primary goal is to 100% restore trust and admiration of the VW brand.

“You can’t succeed in electrification or in anything else if you don’t have a brand that is admired and trusted.

“You can’t just say as an executive I’m going to restore trust and wave a magic wand and it happens. Some of the things we’ve already done, we added a chief compliance officer, we added a chief environmental officer, we have whistleblower hotlines that have been tested. We’re putting in a culture that’s not fear-based; it’s a culture of people who want to do a right thing.

“[Electrification] is a massive opportunity for us. It’s the chance of a lifetime. Anytime there’s a market shake-up, it gives brands like ours a chance to jump to the front of the line. I don’t want to just survive this electrification revolution. I want to lead it.”

On the marketing campaign

“One of the dominating themes in American life right now is self-interest. It’s where individuals and companies put themselves over the greater good. For example the college admission scandal, where $500,000 is going to buy my child’s admissions to college. Our company was one of the biggest examples of that theme.

“That’s not where we’re going. Consumers see lack of alignment in corporations like they do in individuals — they believe or they don’t believe you.

“People can be cynical about this. But you’re seeing this conversation [about sustainability] every single day. Look at the fast-food industry. Now it’s about who has the best tasting non-beef beef.

“You have to continue to draw a straight line that connects business and values. That’s why we raised our hand [to agree to California’s stricter emission rules]. Had we not done that it would have showed a disconnect with our customers. If you have a disconnect, you don’t have trust.”

On winning dealers over to EVs

“The dealers, they were the ones who sat in front lines of the diesel crisis. We owe them transparency and we owe them a business they can trust in. We need to restore profitability and a belief system with the dealer network. Part of that comes from a serious investment in product and a commitment to marketing.

“Dealers are entrepreneurs. They are always looking for the next opportunity. They see electrification as an opportunity.

“I think there is going to be a good margin for dealers on the electric vehicles. It’s instant cash flow for them. The margins from a dealer perspective are going to be quite good. A new product gives you the opportunity for good margins. If your product isn’t that different it’s hard to hold pricing.”

On winning consumers over to EVs

“We’re planning one of the single greatest trial programs ever developed, using our dealerships [with tryout days for curious customers]. About 95% of consumers have never driven an electric car. On price, considering the government incentives plus total cost of ownership, we can get net monthly payments close to [those of an internal combustion car].

“Regulations only take you so far. But at the end of the day this has to be led by consumers. It’s how anything is bought and sold.”

Tina Fey now has a pair of ‘medical sneakers’ to go...