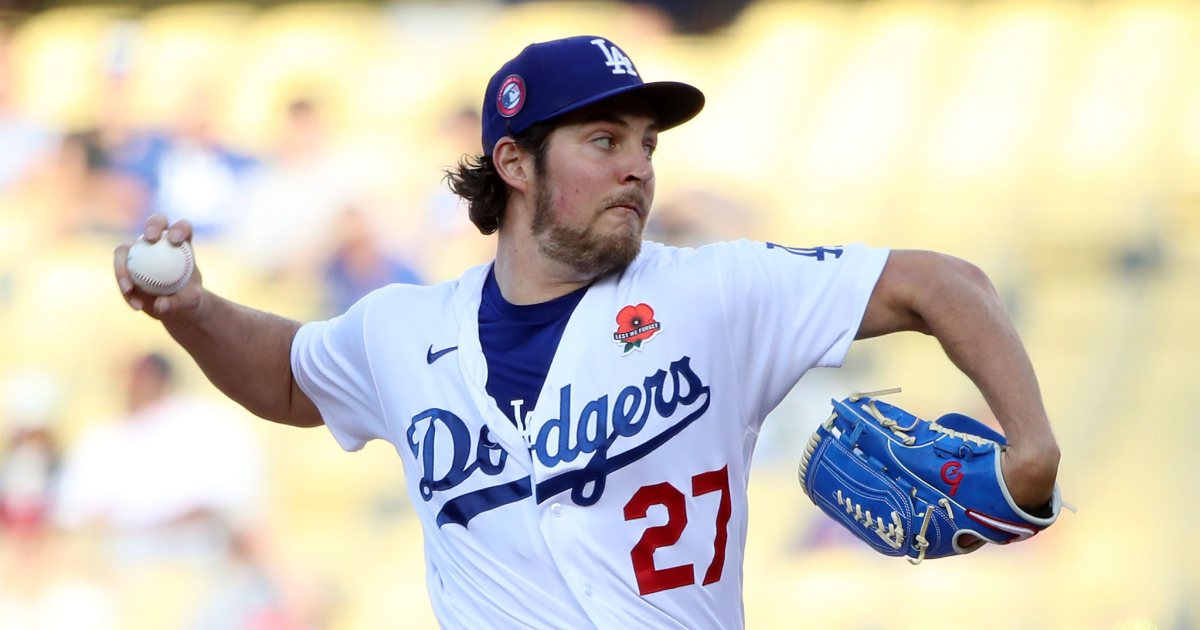 Bill Plaschke has decided he has become the judge and jury. He states that Trevor Bauer is a plague and that the Dodgers should tear up his contract. He wants to know why the team is waiting for MLB to do its dirty work. I thought that the league is investigating the situation to determine who did what. I assumed we lived in a democratic country.

Finally I agree with Bill Plaschke on something. The Dodgers should immediately release Trevor Bauer and take legal action to void his contract. Although Bauer’s representatives claim his interactions with the woman were consensual on both their parts, that should be of little consequence. The fact that one person can derive sexual pleasure from the beating and choking of another person is deeply disturbing. At the very least, Bauer should be under medical treatment and not playing baseball.

As an attorney and one interested in due process, it seems rather inappropriate to suspend Trevor Bauer or anyone without pay based on allegations yet to be proven. The presumption of innocence should prevail lest we fall into the debacle of situations like the McMartin case where people were incarcerated and/or lost their jobs prior to trial when, in the end, they were all found not guilty by a jury of their peers.

Baseball, like any other business, should stand for the preservation of one’s rights, not the destruction of them.

Bill, time to chill and let the myriad investigations run their course. Your assertion that he hasn’t support from his teammates doesn’t jive with reality; you don’t think the players have been told not to comment during the ongoing investigation?? You should take the same high road instead of rushing to judgment before all the facts come out.

I hope Plaschke never gets accused of a crime let alone charged because by his reasoning The Times would have to fire him, presumption of innocence not withstanding.

Bill Plaschke is right! Whether Trevor Bauer is convicted of a crime, he is a proponent of beating and abusing women, and he has no place in the Dodgers organization. If somehow, some way, Bauer again pitches for the team, it will reflect a team endorsement of Bauer’s repugnant, unforgivable behavior!

I agree with Bill Plaschke‘s assessment of the Trevor Bauer disaster. Get rid of him.

A letter writer to these pages not long ago stressed this important point: While we love for the Dodgers to win games, winning is secondary to character.

It makes no sense to trash the reputation of a valuable (in more ways than one) franchise over the salary of one player.

The winning pitcher in the All-Star is Japanese; the save was recorded by a native Australian; and the youngest-ever game MVP is Canadian Dominican. Isn’t it about time we refer to baseball as America’s international pastime?

While your writers were seeing the home run derby live in Denver, your readers had to view it on television. In person, the crowd seemed enthralled; on television, the event was a mix of arcane rules unfolding behind an ugly protective screen that gave us a view of the rear ends of the “pitchers” but none of the facial expressions of the hitters.

We saw contestants flailing away to beat a clock ticking away on screen. We heard the crack of a bat, but never savored the flight of the balls or the prodigious distances involved live as it happened.

All in all it was terrible television. We quit long before it was over. Please cover future made-for-television events from the perspective of your readers. Then perhaps the producers, participants and sponsors of these events will appreciate how thoroughly unentertaining they can be.

As a longtime baseball fan I tried to watch the home run derby. I even heard of some of the players involved!

The TV broadcast, with split-screen views and infographics piled on, made it a jumbled mess to watch. The simple task of following each batted ball to its destination was ignored. After seeing a couple hundred mighty swings I was praying for rain.

If baseball can only be “saved” by dumbing down the uniforms, then let it just die out. I’m only half joking.…

Shohei Ohtani could become known as one of the greatest baseball players of all time — as a hitter. But, in four years with the Angels he has lost countless plate appearances by trying to be a pitcher as well. History has shown that Babe Ruth became baseball’s greatest star when he stopped pitching as a Yankee. Ohtani should do the same. It is my hope that he will learn to play the outfield and eventually break all of the home run records of Barry Bonds.

The UCLA basketball team will be athletic, fun and exciting to watch and will have deserved NCAA title aspirations but any prediction of an NCAA championship is premature. There are so many great college basketball players these days that the competition boils down to luck with injuries and pure momentum in March. And let’s of course hope no Bruins have any plans to visit China in the near future.

The Los Angeles Times welcomes expressions of all views. Letters should be brief and become the property of The Times. They may be edited and republished in any format. Each must include a valid mailing address and telephone number. Pseudonyms will not be used.

Kamala Harris to travel to Vietnam, Singapore next month amid China tensions, US border crisis

Ask Amy: Saying ‘no’ to pushy house guests is seasonal