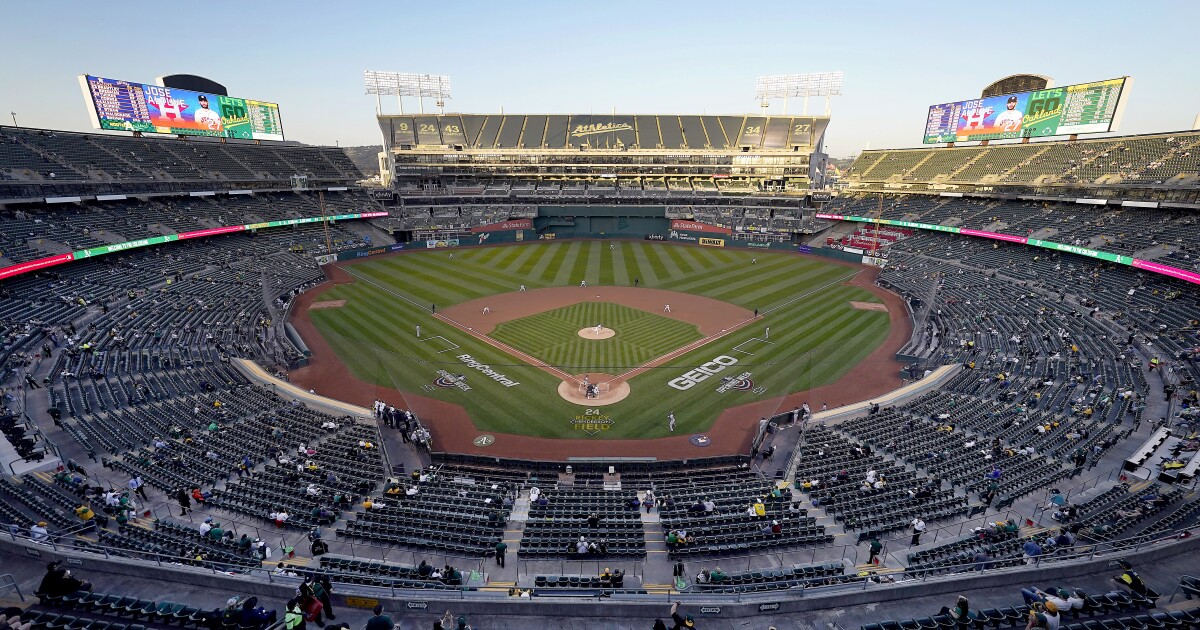 The Oakland City Council did what the Athletics asked them not to do Tuesday: vote to approve proposed terms for a deal that would keep the team in Oakland and allow them to build a waterfront ballpark.

The A’s want the deal, but not on the terms the city proposed. After the 6-1 vote, city officials strongly suggested the A’s work with the city to finalize the deal.

“Based on our extensive negotiations, shared values and shared vision, we believe the A’s can and should agree to the terms approved by the City Council today,” said a statement signed by Mayor Libby Schaaf, council President Nikki Fortunato Bas and Vice Mayor Rebecca Kaplan.

It was not immediately clear how the A’s and Major League Baseball would respond. On Friday, A’s president Dave Kaval said a vote on the city’s term sheet would be “a no on that project.”

On Monday, however, the city amended the term sheet to specify that the A’s would not be responsible for infrastructure improvements associated with the project and estimated at $352 million. Kaval had said he was concerned that the city had not specified who would pay for those improvements; Kaplan said the city would work with other government agencies on the funding but would not hold the A’s responsible for any of it.

Said city negotiator Betsy Lake: “We believe the city has solved for the issue the A’s identified as most critical … We believe the A’s can and should agree with these terms.”

Kaval and other A’s officials are headed for Las Vegas on Tuesday night, in another trip to explore relocation options there. Commissioner Rob Manfred said last week that he could soon set the A’s free to explore other possible new homes, and Portland, Ore.; Vancouver, Canada; Nashville; Charlotte, N.C.; and Montreal could be among them.

During Tuesday’s council meeting, Kaval did not rule out additional short-term negotiations with Oakland. He said he had not seen the amended term sheet until it was publicly unveiled during the meeting.

However, he said: “Voting yes on something we don’t agree with … is not an effective path forward.”

The A’s are proposing a $12-billion redevelopment project, with a $1 billion-dollar ballpark surrounded by homes, shops, offices and a theater. Multiple members of the council said Tuesday they were willing to continue talks but were dismayed by what they perceived as the team’s “take-it-or-leave-it” strategy.

Councilmember Carroll Fife, who abstained, said she was not sure why the council should be voting on a proposal the A’s did not endorse, given their threat to end negotiations entirely. She said the city had bent over backward to accommodate the A’s.

“I don’t know where we go from here, after doing somersaults and receiving insults,” she said.

Councilmember Dan Kalb called it “disturbing” that the team would not pay for any infrastructure but hoped additional talks could improve the deal.

“I’m going to hold my nose while I’m voting yes,” he said.

Fife wanted to make one thing perfectly clear: No one is chasing the team out of town.

“Everybody wants the A’s to be here,” she said.

Managers will have to enforce rules for unvaccinated employees, and it won’t be easy

Managers will have to enforce rules for unvaccinated employees, and it won’t be easy