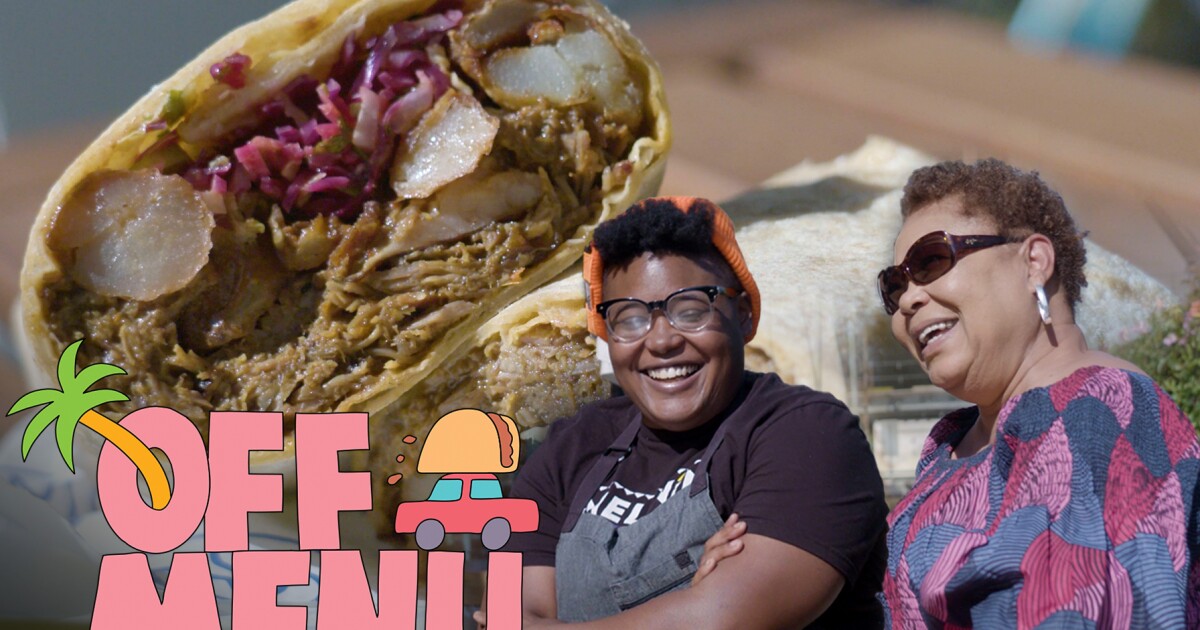 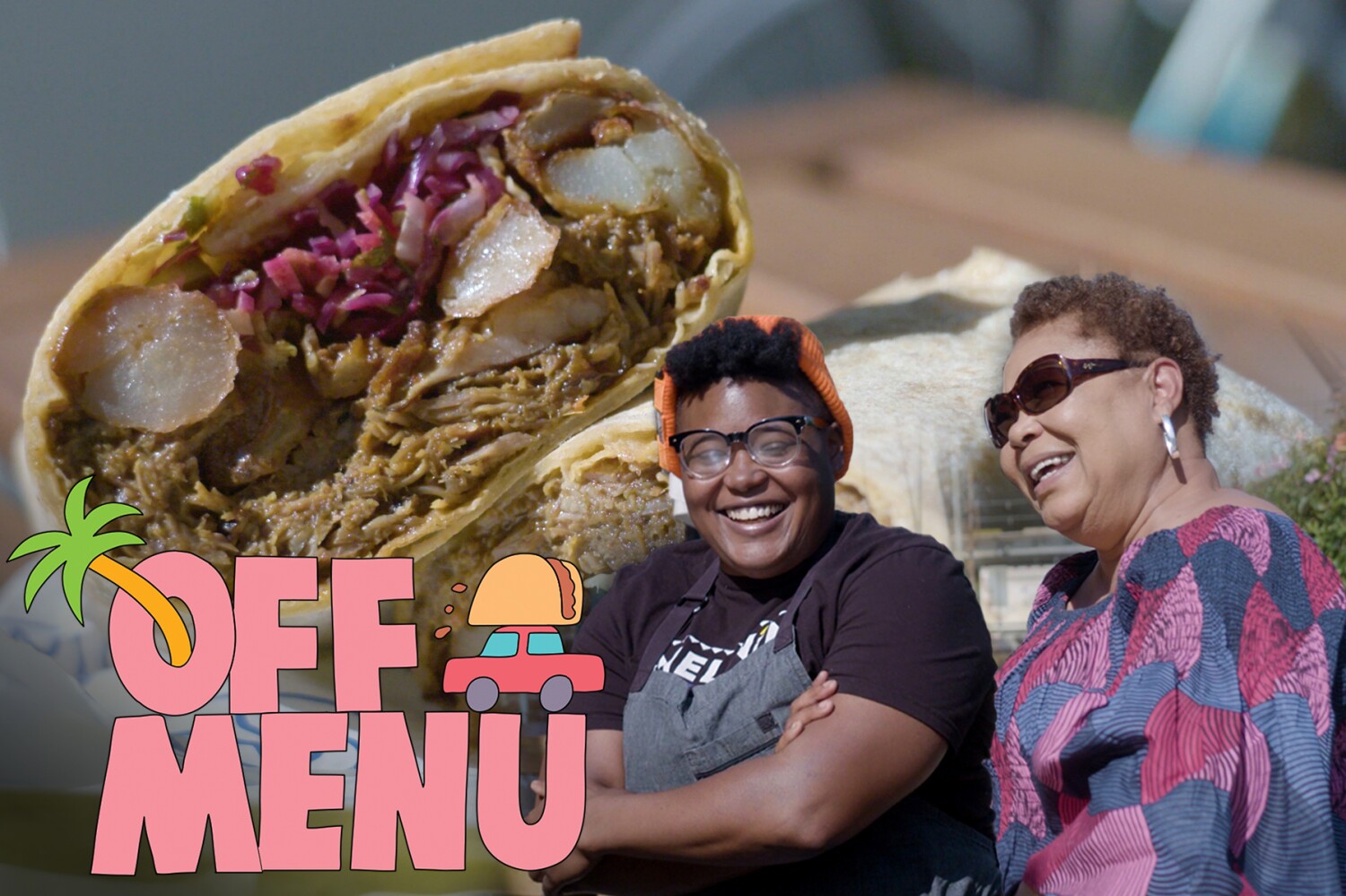 If you’ve never had Rashida Holmes’ curry chicken roti — flaky, buttery paratha roti wrapped around a warmly spiced stew of dark-meat chicken, crunchy slaw and crispy skinned potatoes — you’re missing out. It’s presented in a package so tight and perfect it’s almost a shame to bite into it. But bite into it, of course, you must.

Holmes, chef-owner of Bridgetown Roti, a Caribbean food pop-up in downtown L.A., spent plenty of time navigating professional kitchens before realizing that the direction she’d been searching for, she’d had all along: the familiar and complex flavors of her Barbadian heritage.

The cooking of Holmes’ mother, Joy Clarke-Holmes, was particularly inspiring. “It was the food she made at the holidays that really inspired the business,” Holmes said. Little wonder that the chicken-stuffed roti is called Mom’s Curry Chicken on the menu.

For Holmes, Bridgetown Roti is not just a business, nor is it just another step on her culinary journey — it’s a way to meaningfully connect with her heritage and bring Caribbean flavors to Los Angeles.

“I was excited by the fact that there weren’t a lot of West Indian places [in L.A.], so I knew I could kind of exist in this unique space where I was presenting something that a lot of people hadn’t tried before,” Holmes said.

The pandemic, which has devastated the restaurant industry, has had at least one silver lining: It’s given a voice and thrust into the spotlight businesses and cuisines that haven’t been as widely celebrated as some others. “COVID provided a lot of those people, including myself, with the opportunity to do something that’s much smaller, that has less overhead, that didn’t need as much seed money to start,” Holmes said.

This latest episode of “Off Menu” focuses on the origins of Bridgetown Roti, Holmes’ experience navigating white-male-dominated spaces as a queer Black woman, the state of the restaurant industry and what needs fixing, and, of course, Caribbean food and what makes it so special.