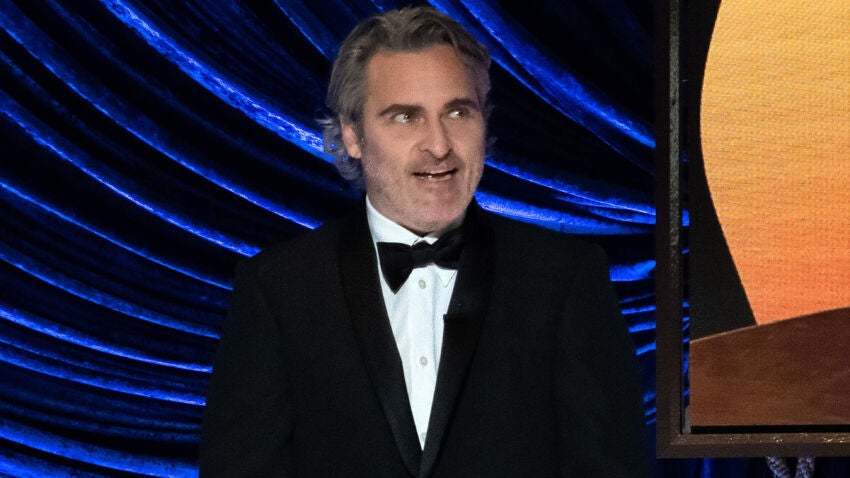 While the “Moonlight”/”La La Land” Best Picture debacle remains the craziest ending to an Oscars ever, the 2021 Academy Awards gave the 2017 edition a run for its money.

Among the numerous changes in the ceremony’s format for the evening, producers moved the presentation of the Best Picture award up from its traditional spot as the final award of the night. That meant “Nomadland” took home the top prize, with Best Actress and Best Actor still to come.

As viewers quickly weighed in on Twitter, the consensus was that the Academy was saving Best Actor for last, in order to honor the late Chadwick Boseman, the frontrunner for the award for his performance in “Ma Rainey’s Black Bottom.”

Instead of Boseman, however, the award went to Anthony Hopkins for his outstanding performance in “The Father,” with the 83-year-old actor becoming the oldest to ever win the award. With Hopkins not present — in-person or virtually — presenter Joaquin Phoenix accepted the Oscar on behalf of the Academy and the night ended with an abrupt goodbye.

Meet the man behind some of the best questions on Twitter