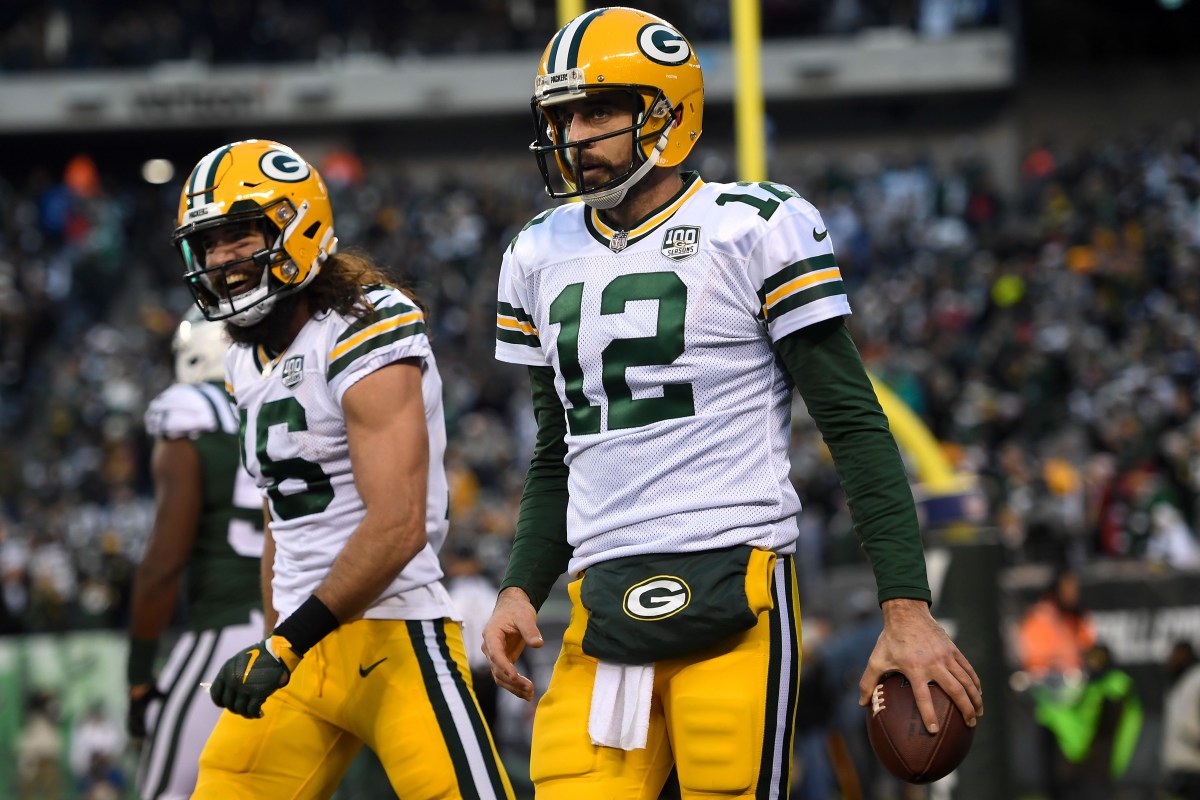 Maybe it wasn’t all about Love.

According to NFL Network’s Ian Rapaport. the “death knell” in the relationship between Aaron Rodgers and the Packers was the decision to release receiver Jake Kumerow.

Rodgers had publicly praised Kumerow, who had been with the team since 2017, before lsat season and then the veteran was promptly cut one day later.

“Rodgers wanted to be more involved in some of the personnel decisions,” Rapaport said Monday. “This is crazy, but it does seem like it drove Rodgers nuts was when the organization cut Jake Kiumerow just a day after he praised him publicly.

“Described as a little bit of a death knell in the relationship. So much here to fix and I know now the Packers are trying to fix it.”

The Packers, according to Yahoo, opted to keep Malik Taylor over Kumerow in their final cuts. That came several months after they opted to trade up and draft Rodgers’ heir apparent, Jordan Love, in the first round of the draft.

That decision fanned distrust that was seemingly exacerbated by the surprise release of Kumerow.

“Jake Kumerow has been such a solid performer for us for the last couple years,” Rodgers told Sirius XM NFL Radio, according to PackersNews.com. “I love his reliability. I think he’s a fantastic, steady player who’s very heady on the field, he makes plays. He plays with a lot of confidence, and he’s a guy you love having on the squad.”

Taylor had five catches for 66 yards and a touchdown last season for Green Bay. Kumerow bounced from the Bills to the Saints and now back to the Bills, who signed him to a reserve/future contract in January.

Kumerow appeared in six games for Buffalo and had one catch.

Chicago Sky trade Gabby Williams to Los Angeles Sparks for rookie Stephanie Watts — the No. 10 pick in the 2021 draft — and...