Going-to-the-Sun Road ascends more than 3,400 feet in Montana’s Glacier National Park. The road clings to cliff faces as it switches back on hairpin turns above glacial lakes and raging rivers. Fog like dragon’s breath fills the valleys and clouds cloak mountaintops cleaved with waterfalls. Bisecting the crown jewel of the United State’s National Park System, the road winds through 50 miles of terrain that is as breathtaking as it is harrowing. The 2021 Toyota Sienna hybrid minivan was undaunted. It seemed to revel in rising to the sun.

According to the onboard trip computer, the redesigned minivan averaged 39.8 mpg during its day-long jaunt through the park and back, well exceeding the 35 mpg combined EPA rating despite being laden with four people and gear. And it did it without issue. The hybrid transmission can be switched to manual mode to approximate six gears for engine braking on the steep declines. A Sport mode enables swift passing on country roads that curl like ribbons through prairies and plains.

Outside the park, Montana’s wide open spaces and 80-mph interstate speed limit took a chunk out of highway efficiency, as did my lead foot. The Sienna dipped below 30 mpg on interstate miles (EPA rates it at 36 mpg highway), but it rode calmly enough that both teen passengers slept like the toddlers they were only yesterday. Able to go about 460 miles between stations, (the EPA says 630 miles) the Sienna’s level of fuel and time efficiency can’t be beat for a family hauler. There were other pros and cons we uncovered in our two-week road trip from the Midwest to the far corner of Montana.

The 16 cupholders, seatback pockets, tiered center console, and storage cubby as deep as some pickup trucks meant there was space for four people, our gear, and all our daily adventuring needs. Sunblock, bug spray, masks, and other items fit easily in the cubby, and the lower console was wide enough to accommodate my Rand McNally paper atlas the kids regarded as artifact. The fixed second-row seats limit interior versatility—it can’t double as a pickup bed anymore—but for traveling purposes, every inch is optimized for cargo and people. We ditched the cargo organizers available behind the third row. 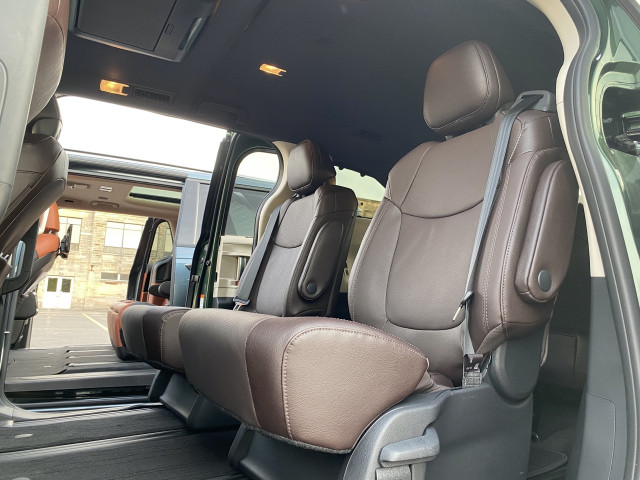 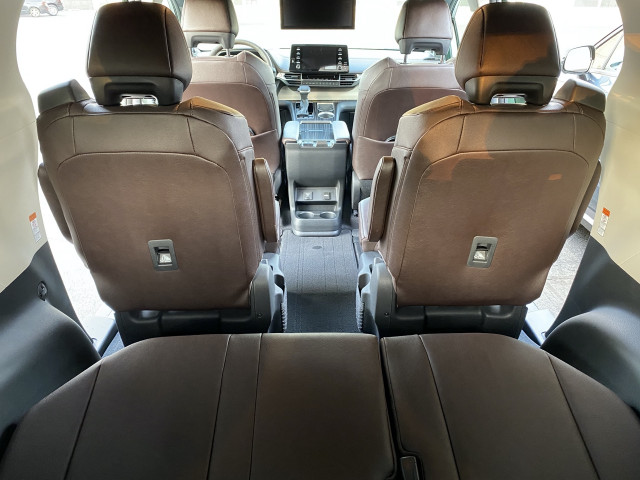 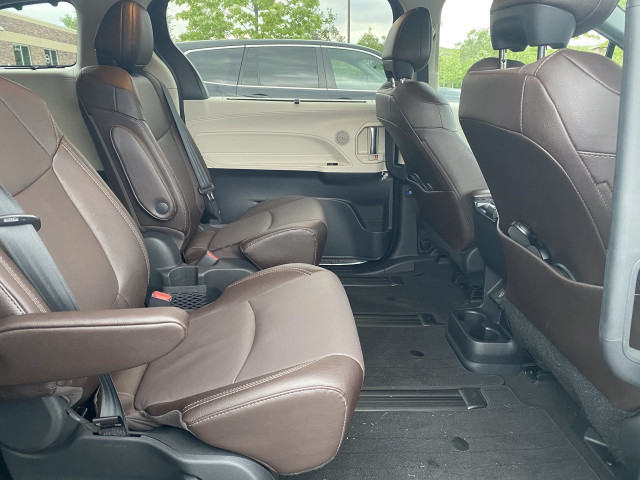 The second-row seats can be removed with tools, but then an airbag warning message will appear in the cluster and touchscreen. I would’ve removed the one behind the driver’s seat and used the space for our cooler and for a wider walkway to the 60/40-split third-row bench seat. But the captain’s chairs slide 25 inches, are as comfortable as the front-row seats, and provide lounge-like legroom. We used the third row for backpacks and stuff needed while on the road, and fit everything else in the cargo space in back. One clever passenger was able to recline fore and aft to gather from the back whatever was requested from the front. 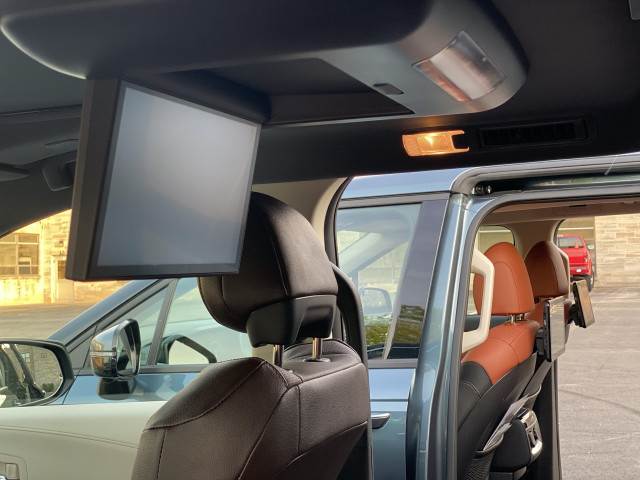 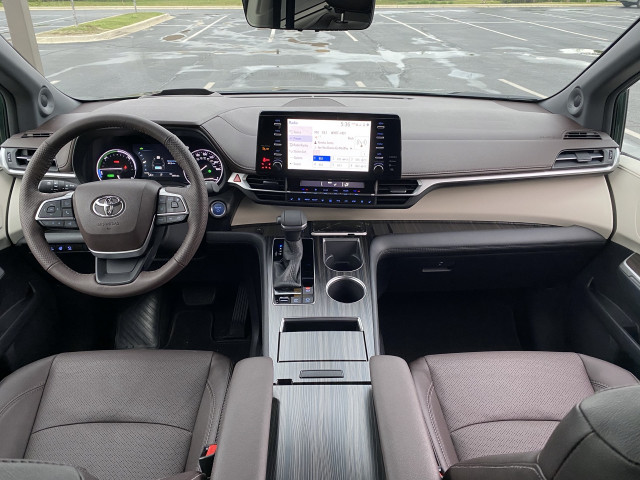 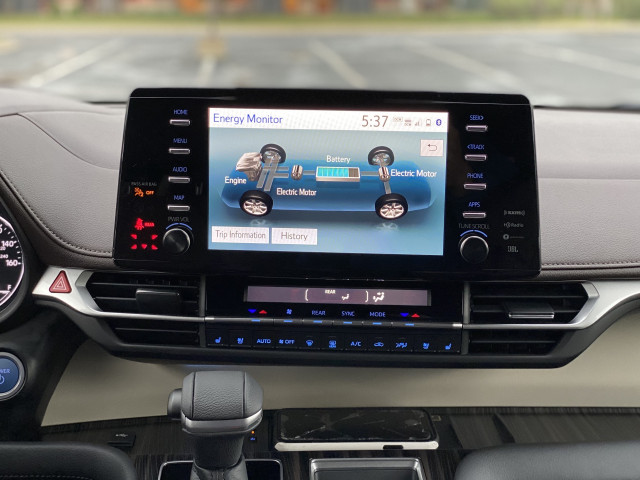 Toyota ditched the DVD and replaced it with the need to get an HDMI cord and HDMI to smartphone adapter to load content from a smartphone. Is it too much to ask to connect a smartphone to the screen through in-car wi-fi or a USB cable? The 11.6-inch screen drops down from the ceiling and limits rear visibility for the driver, even with the rear mirror camera. Seatback screens are better. You could also plug in a portable DVD player into the 1500-watt 120-volt outlet to get uninterrupted entertainment in wide-open spaces with spotty data.

Seven USB ports and a 9.0-inch touchscreen with Apple CarPlay/Android Auto/Amazon Alexa come standard. With its white-on-blue display, tiled organization, and limited functionality, Toyota’s interface feels like it would have been old five years ago. Help is on the way from Lexus, but for now, the infotainment is best used through a smartphone app. But you can only have one phone paired or tethered at a time. Even though all models come with an available wireless charging surface smartly placed on the shelf below the touchscreen, there’s no wireless CarPlay. So you can either tether your phone to use CarPlay and charge it, or use Toyota’s system while charging on the pad. You can’t have it both ways to play music through Bluetooth and connect another phone for navigation through CarPlay, for instance.

The driver-side rear sliding door won’t open if the fuel tank is open. The rear doors and liftgate need to be unlocked to open them; pulling the interior handle won’t do it. Some of the safety lockouts frustrate, such as not being able to change vehicle settings or connect a phone while in motion, but most of them make sense in erring on the side of caution.

The same is true for the standard driver-assist features. As long as the lanes are clearly marked, adaptive cruise control and active lane control conspire to provide about 20 seconds of hands-free driving, good enough for a neck roll, arm stretch, or deep dive into the feedbag. The system accelerates evenly and brakes accordingly to the lead car, without abrupt movements that may wake napping passengers. 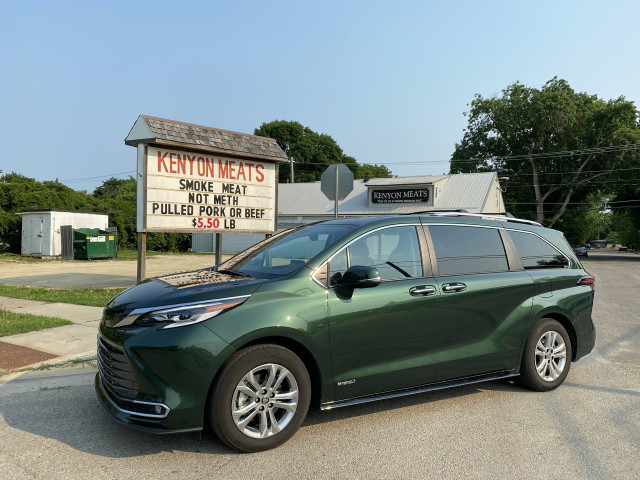 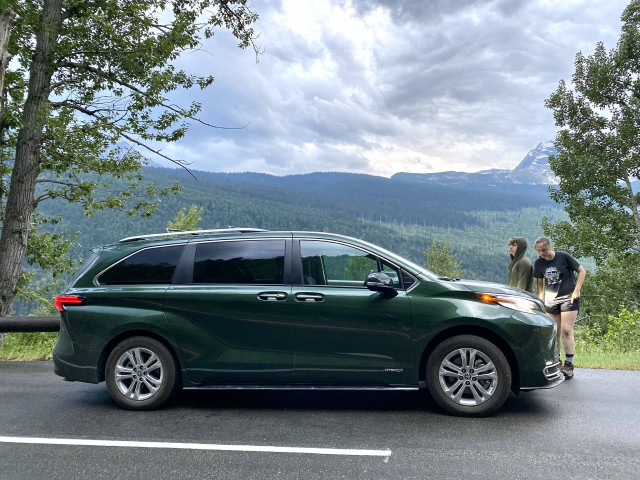 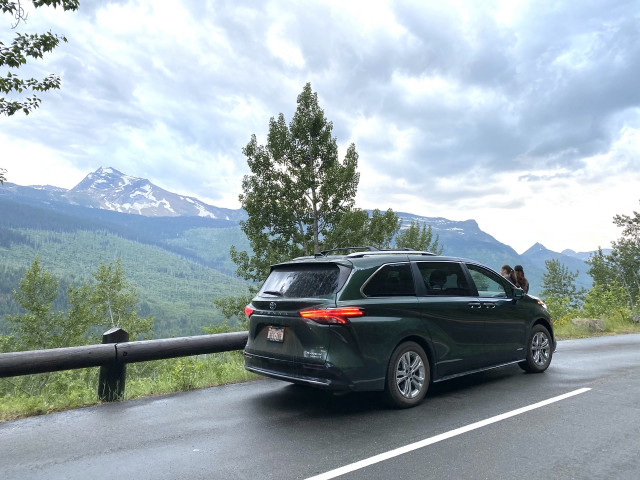 $54,582 is too much for a minivan. My Platinum tester had stuff I didn’t need, such as the rear entertainment center and wireless charger, as well as the integrated ottomans on the captain’s chairs. Chrysler charges even more for its Pacifica Pinnacle AWD. The top 2022 Kia Carnival SX Prestige costs under $48,000 but it only comes with front-wheel drive, same as the Honda Odyssey Elite it undercuts by $1,500.

The 2021 Sienna makes a lot more sense as the $42,000 XLE with AWD. The value is made even better by the standard hybrid powertrain and safety systems, and the XLE doesn’t sacrifice key features such as second-row captain’s chairs, heated front seats, and keyless start and entry on all four doors.

We spent a lot of time and many more miles in the 2021 Toyota Sienna. I can’t recommend the Platinum trim based on the shortcomings of the technology, but mechanically and functionally, there’s no better family road tripper.

Psaki continues beef with DeSantis, GOP governors, says ‘get out of the way’ of mask mandates