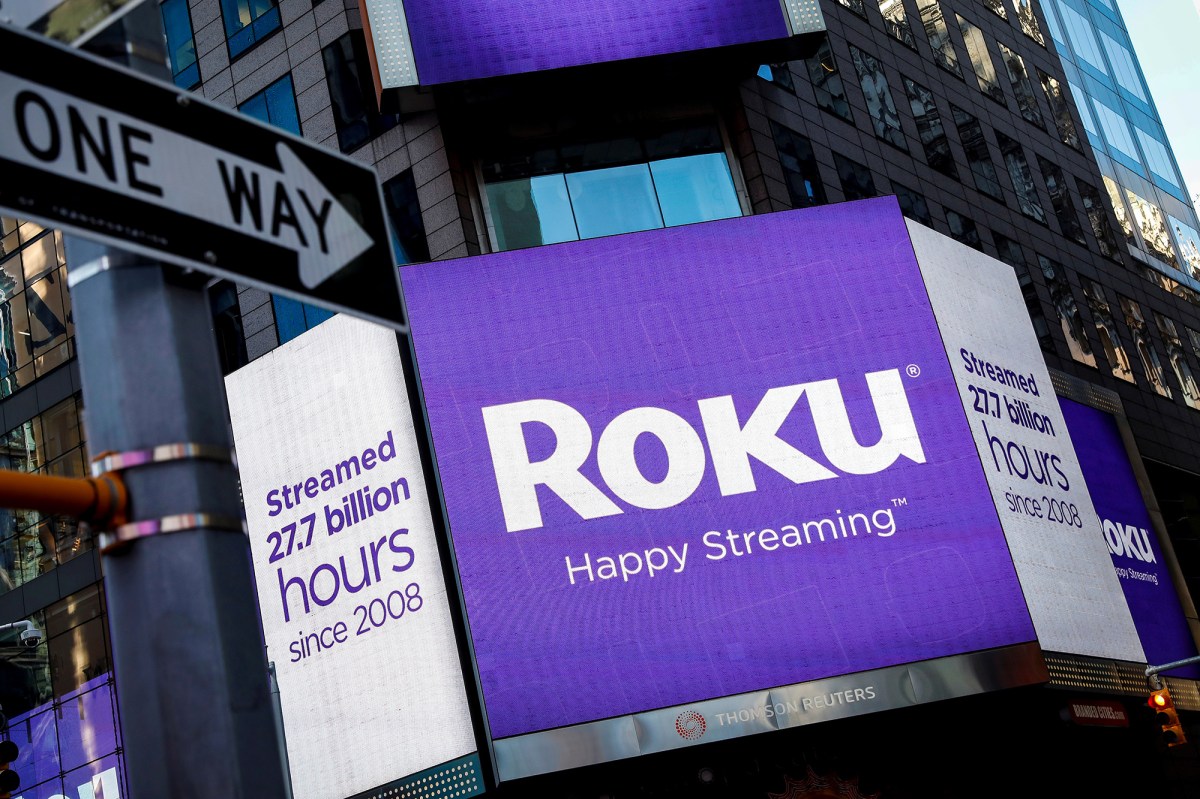 Google’s demands include requests for preferential treatment for YouTube TV, its internet pay-TV service, as well as its YouTube app on searches by Roku users, the video-streaming device maker Roku told users in an email on Monday,

As a condition for carrying YouTube TV, Google also has asked that Roku to create a dedicated search results row for YouTube within the Roku smart TV interface and give YouTube search results more prominent placement — perks that Roku said it hasn’t seen handed out on rival platforms.

Roku also griped that Google is demanding that if, for example, a customer is using its YouTube app and searches for “The Croods,” that only YouTube TV results pop up.

“We have been working with Roku in good faith to reach an agreement that benefits our viewers and their customers. Unfortunately, Roku often engages in these types of tactics in their negotiations,” A YouTube TV rep said in a statement. “We’re disappointed that they chose to make baseless claims while we continue our ongoing negotiations. All of our work with them has been focused on ensuring a high quality and consistent experience for our viewers. We have made no requests to access user data or interfere with search results. We hope we can resolve this for the sake of our mutual users.”

In addition to search engine requests, Roku said that Google wants it to agree on hardware specifications for YouTube TV such as memory that will increase the cost to make a Roku box and potentially give Google’s own streaming device, the $29.99 Chromecast, an unfair price advantage.

“We simply cannot agree to terms that would manipulate consumer search results, inflate the cost of our products and violate established industry data practices,” Roku said in the statement. “Google is already under fire from governments around the world for manipulating search results. It is outrageous that Google would now try to insist on manipulating Roku’s search results as well.”

Roku’s allegations of anti-competitive demands part come as Google is embroiled in historic antitrust investigations by the Department of Justice, state attorneys general and Congress over its dominance in search and advertising.

According to Roku, its contract with Google’s internet pay-TV service is set to expire within days. Roku, which has about 51 million users, said the far more important contract with isn’t up anytime soon, but a person close to Roku said the bigger issue is Google using YouTube as a trump card to get Roku to bend to its demands for its pay-TV service.

“Google is attempting to use its YouTube monopoly position to force Roku into accepting predatory, anticompetitive and discriminatory terms that will directly harm Roku and our users,” Roku said in a statement Monday. “Given antitrust suits against Google, investigations by competition authorities of anti-competitive behavior and congressional hearings into Google’s practices, it should come as no surprise that Google is now demanding unfair and anti-competitive terms that harm Roku’s users.”

Experts say cyberattack on US pipeline is a wake-up call