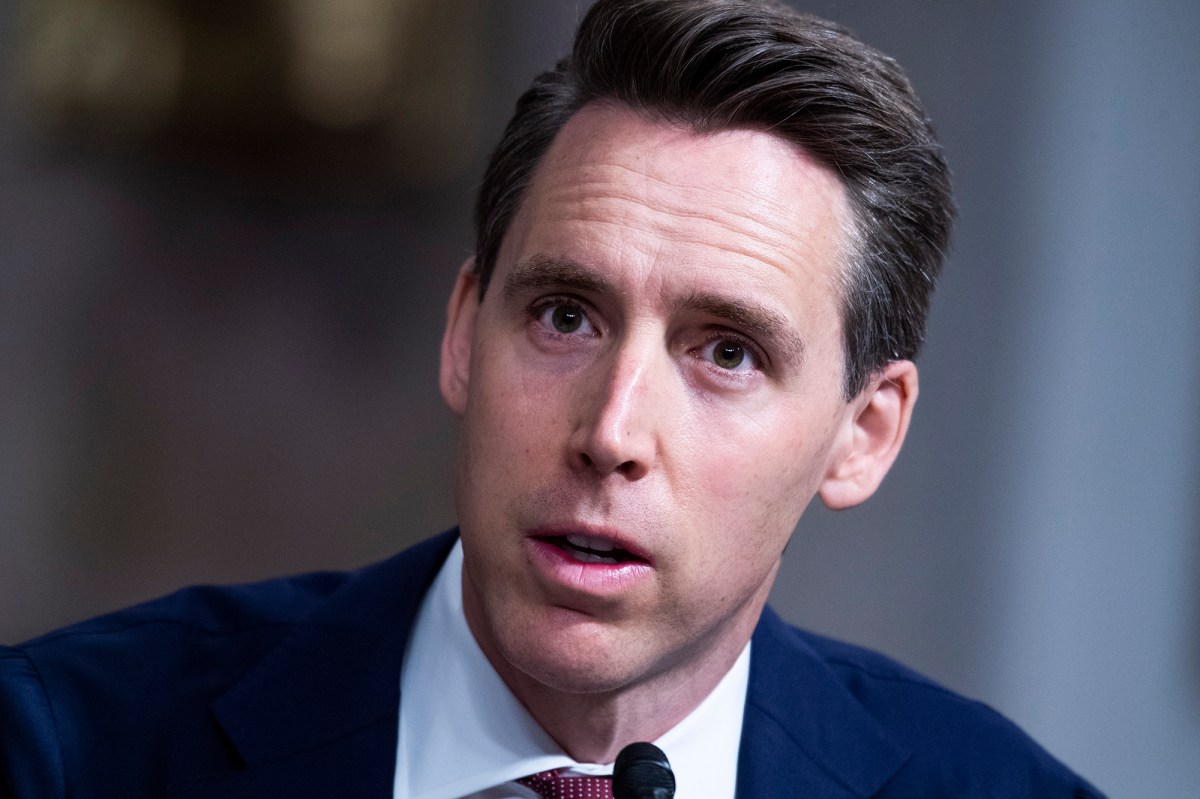 ​Sen. Josh Hawley called Big Tech the “greatest threat” to American liberty, accusing the social media giants of interfering in the 2020 presidential election and censoring conservative voices in an attempt to press their “woke agenda.”

The Missouri Republican has had the tech giants in his crosshairs since being elected to the Senate in November 2018, warning in an interview with Fox News published Sunday that they are “so ubiquitous, so powerful, they are more powerful by the day.”

Hawley said Big Tech “interfered big time” in the election, noting how Twitter and Facebook blocked The Post’s ability to circulate its expose about Hunter Biden’s dealings with foreign governments while his father was vice president.

He also slammed their decision to “de-platform” former President Donald Trump after the Jan. 6 assault on the US Capitol for “further incitement of violence.”

“These are folks that want to try to impose their agenda – and it is a leftist, woke agenda – on the country,” Hawley said, adding that Big Tech “wants to tell people what you can post, wants to control the news, control what people read and what journalism looks like.”

Hawley, in the Fox News interview to promote his new book, “The Tyranny of Big Tech,” argues that the “corporate press, corporate media, and corporate monopolies” wanted “canceled.”

The book, scheduled to be published on May 4, was supposed to be published by Simon & Schuster, but the book publisher dropped Hawley as a client after he and several other Republicans voted against certifying the presidential election in several battleground states for President Biden on Jan. 6.

“The irony is, the book is about the control Big Tech has over our politics, and over our society, and it was Big Tech that led the effort to get this canceled,” Hawley told Fox News.

“I think it was a petition drive that started on Twitter – certainly was amplified by Twitter, that caused the corporate publisher to say we ought to back away from this,” Hawley explained.

He said he is “grateful” for independent publishers like Regnery Publishing, which will release his book.

“This is a book that corporate leftists don’t want anybody to read, and for good reason,” he said. “This is all about how big tech and mega corporations are working hand-in-hand with big government to try to run our country, silence our speech, and take over our government.”

“And we have to stop them,” said Hawley, who has urged his fellow Republicans to break up the Big Tech “oligarchs” and introduced the “Bust Up Big Tech Act.”

“Facebook currently owns Facebook, but also Instagram, and they also want to have their own currency, or something like it,” Hawley said. “Google owns not just Google search, but Gmail, and all of these other products, and cloud computing services, and they own YouTube.”

“One company should not be allowed to have all of these different platforms,” Hawley added.

His bill would put restrictions on what products could be sold in online marketplaces.

For example, it would stop “Amazon from marketing their own retail goods alongside those of other sellers or providing online hosting or cloud services to an ever-growing swath of the internet—including competitors,” his bill says.

It would also authorize the Federal Trade Commission to strengthen antitrust enforcement.