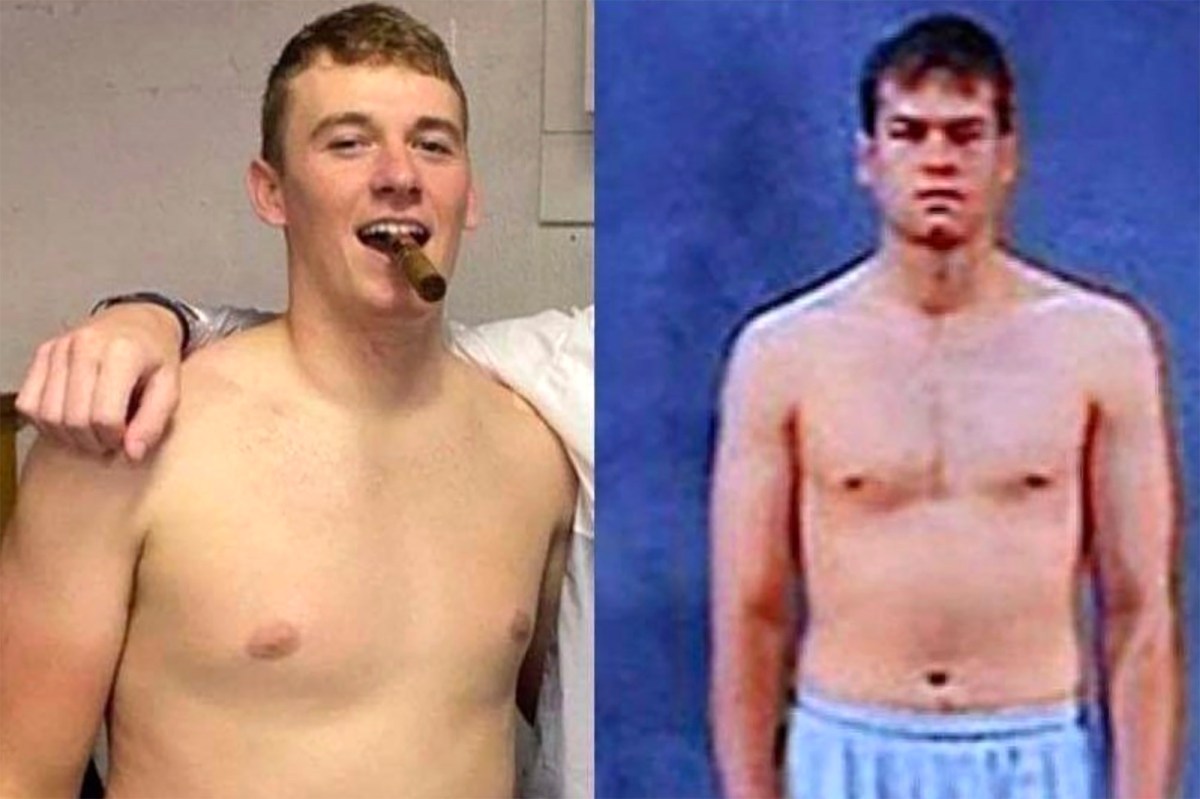 A match made in photo heaven.

Well before he was drafted by the Patriots with the 15th overall pick of the 2021 NFL Draft, quarterback Mac Jones knew he was destined to fill Tom Brady’s shoes — because of their similar build.

Back in January 2019, Jones tweeted a side-by-side photos of him and a Brady that reemerged on draft night when New England took the Alabama alum.

The post compared a young Jones to Brady’s famous combine photo from 2000 — something the six-time Super Bowl champion knows he’ll never live down.

Ahead of night one of the draft on Thursday, Brady tweeted, “Annual ‘Post Tom’s Shirtless Combine Photo on Twitter’ Day. My favorite,” along with a few eye-roll emojis.

Many fans observed that Jones and Brady “are the same person coming out of college” with “small arms” and “scrawny body-types.”

When NFL commissioner Roger Goodell called Jones’ name on stage in Cleveland, the internet had a field day with bouncing-around shirtless snaps of Jones from his Alabama days.

Fans even created memes that included Jones, Brady and Patriots coach Bill Belichick, alluding that Belichick “has a type” when it comes to his quarterbacks.

Now comes the hard part for Jones — actually playing like Brady, who left for the Buccaneers last offseason.

Jones threw for 4,500 yards and 41 touchdowns last season as a junior when he led Alabama to a national championship. He’s the first quarterback Belichick has drafted in the first round while with the Patriots.

The Patriots still have their starting quarterback in Cam Newton — Brady’s replacement last season. New England re-signed Newton in March after finishing 7-9 and missing the playoffs last season for the first time since 2008.

“Cam is still our quarterback,” he said, noting that “somebody will have to play better than he does” to bump Newton out of the starting spot.

Yankees’ Luke Voit starting to do some ‘light fielding’