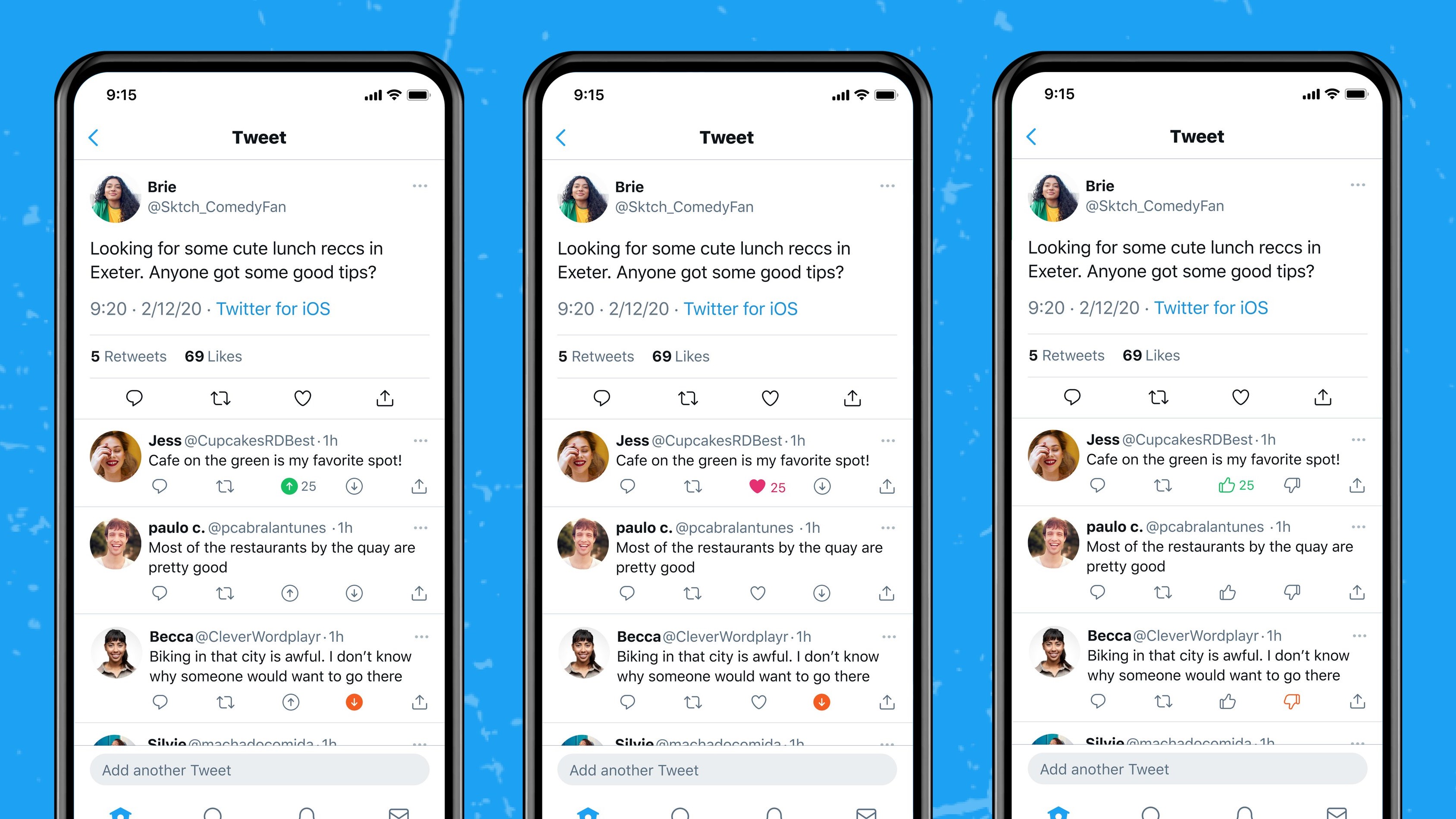 Twitter has confirmed that it is testing a new feature that lets you downvote a particular tweet to further express your opinion.

Social media platforms are known to draw inspiration from their peers. Be it Stories, Drop-in chat, Short videos, Threads etc., we’ve seen numerous examples where popular features from the competitors are happily adopted.

But with Twitter aggressively testing how their platform can be improved with different features, downvoting may be one feature too far.

Twitter has clarified that it’s purely research for now, and there is no decision as to whether this feature will be rolled out to the public. The downvote is similar to what we’ve seen Reddit using for years now, however, Twitter clarifies that it is not a dislike button.

Additionally, Twitter has also confirmed that the downvotes will not impact the algorithm that decides the order of replies. Hence, as of now the sole purpose of adding a downvote is to give readers an additional option to react to a tweet.

Some of you on iOS may see different options to up or down vote on replies. We’re testing this to understand the types of replies you find relevant in a convo, so we can work on ways to show more of them. Your downvotes aren’t public, while your upvotes will be shown as likes. pic.twitter.com/hrBfrKQdcYJuly 21, 2021

To recall, Twitter is already testing a flurry of Facebook-like reactions namely – Likes, Cheer, Hmm, Sad, Haha and this new trial could be an extension to the same test. The only difference though these reactions do not have an option for the users to let you know that they didn’t like your tweet.

Analysis: Too much too soon?

The Micro-blogging platform has been adding quite a few features to improve the user experience. And while it has been struggling to increase its user base comparatively, it is also looking to empower content creators and influencers to earn extra money from the platform and help it retain the existing users while attracting new ones too.

But downvoting may encourage more hate than innovation here, with many users sharing their concerns. Twitter posted an additional tweet later to clarify the test.

Some key notes about this experiment:1. This is just a test for research right now.2. This is not a dislike button.3. Your downvotes are visible to you only.4. Votes won’t change the order of replies.July 21, 2021

In the last year we’ve seen almost ten different features be announced, released to the masses, and some, like Fleets to wind down and disappear forever.

It almost feels as if Twitter is testing users’ perception of how they see the social network – whether some still see it as small messages in a bottle, or as wide-ranging announcements to their following.

However, with the company focused on eliminating harassment with a variety of features that’s come to the surface in recent years, downvoting feels like it could be a backwards step if it’s implemented to everyone, and could encourage more issues than what it’s trying to solve.

Chicago golfer Margaret Abbott was the 1st American woman to win a gold medal at the Olympics — but she never knew it. Here’s...