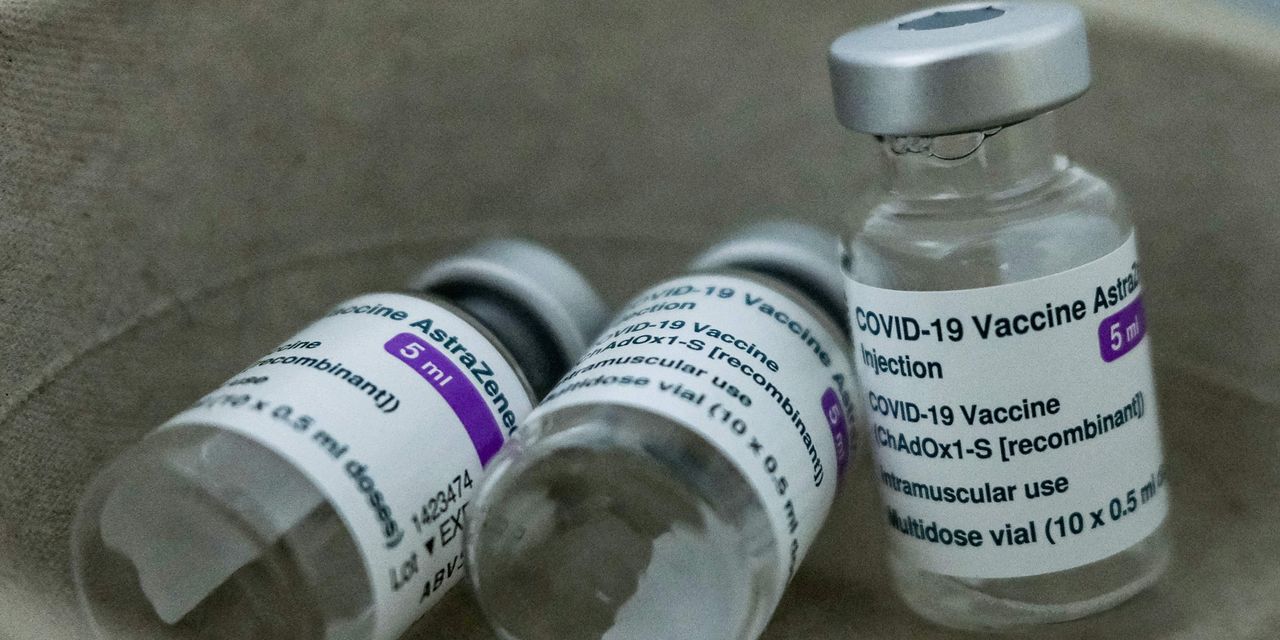 Covid-19 vaccine and preparing a major effort to help India fight a resurgence of the virus, as calls mount for the U.S. to do more to assist developing countries in confronting the pandemic.

The White House said Monday it would share as many as 60 million doses of the AstraZeneca vaccine with the rest of the world. U.S. officials also said they were exploring options to urgently dispatch oxygen and related supplies to India.

as India reported 352,991 new coronavirus cases on Monday, marking the fifth consecutive day the country set a global record for a single-day rise in infections.

The Biden administration has faced growing pressure to share vaccine doses with India and other developing countries that have been hit hard by the coronavirus pandemic and are far behind wealthier countries in procuring and administering vaccine doses.

India’s hospitals have been overwhelmed, with beds and oxygen in short supply and crematoriums running out of space as the country recorded a million new cases in just three days. Reports and images of people dying on the pavement waiting for treatment have underscored the severity of the surge.

Mr. Biden and several other top officials in his administration didn’t issue public statements on the crisis until the weekend, drawing a backlash. On Sunday, the White House said it would send therapeutics, rapid diagnostic test kits, ventilators and protective gear to help India. On Monday, officials said they would also send the antiviral treatment remdesivir and deploy a team of U.S. public-health experts to India.

The administration stopped short of agreeing to donate vaccine supply, saying it would instead make available sources of raw materials to help India manufacture more vaccines.

The White House said as many as 16 million AstraZeneca doses could be made available to other countries in the next two months but didn’t identify recipients or say whether India would be among them.

The AstraZeneca vaccine hasn’t been authorized for use in the U.S. The White House said doses could still be exported to other countries once the Food and Drug Administration deems the vaccine has met certain “product quality” expectations as part of a continuing review by regulators of the plant where the vaccine is being manufactured in the U.S.

A senior Indian official said New Delhi hadn’t specifically requested the supply of unused AstraZeneca doses, but would gladly accept a portion of them if offered.

“What took us by surprise was the slow response by the U.S. It created some misgivings in the public opinion, and that sometimes creates complications,” the official said, adding: “I don’t think it was a deliberate slight, a well-thought out plan to snub India. Someone just dropped the ball.”

countered suggestions that the U.S. was slow to respond, but acknowledged more assistance was warranted. “We recognize that as the current outbreak has taken an incredibly concerning turn in India, that there was more we could do,” Mr. Price said to reporters on Monday.

The Biden administration has made improving ties with India one of its top foreign-policy goals, viewing New Delhi as an important potential ally against China in the Indo-Pacific region. Last month, Mr. Biden virtually met with leaders of India, Japan and Australia to discuss producing more vaccines for the region, a move intended to signal U.S. priorities.

The surge in India, which began in March, brought the country’s total infections to more than 17 million since the start of the pandemic. The nation’s death toll topped 195,000 on Monday, but public-health experts say the figures are likely higher.

“Remembering an old lesson…Not to become overdependent on the U.S. for defense weapons and equipment,” said Ved Prakash Malik, a former chief of the Indian army, on Twitter.

“If you had a new ambassador out there with the gravitas that previous ambassadors had, he or she would be on the phone constantly with the White House… It forces things upward to the attention of senior decision makers,” said Peter Lavoy, who served as South Asia senior director for the Obama administration.

Dr. Lavoy said both governments might have been slow to understand the unfolding crisis, but “the system is working and the U.S. response is ramping up.”

Michael Kugelman of the Wilson Center, a Washington-based think tank, said the delayed response was a setback but the flurry of public messaging from U.S. officials about providing more aid would offer reassurance.

“The U.S.-India relationship will weather the storm. It’s amassed considerable goodwill and trust over the last few decades, and it’s solidified by strong convergent interests—chief among them counterbalancing China,” Mr. Kugelman said to The Wall Street Journal.

But Russia and even China have capitalized on the slow response from Washington with offers of support, while also bolstering propaganda efforts online.

Tanvi Madan, a senior fellow at the Brookings Institution in Washington, said that Chinese bots, trolls and even journalists have been stoking anti-U.S. sentiment online, criticizing the government’s close relationship with Washington.

“They’ve been having a field day with this, fueling this idea among the Indian public that the U.S. is not reliable,” she told the Journal.

The new wave of infections in India, which began in March, came after a loosening of restrictions and brought fresh criticism toward Mr. Modi and his government for participating in large political rallies and encouraging mass religious gatherings even as cases were on the rise.

Mr. Modi’s government has also come under scrutiny for ordering

and Instagram to block about 100 social-media posts criticizing its handling of the surge, prompting public anger and allegations of censorship.

said Monday that efforts by the Indian government to block social-media criticism “certainly wouldn’t be aligned with our view of freedom of speech around the world.”

US to house migrant families in hotels to keep up with...