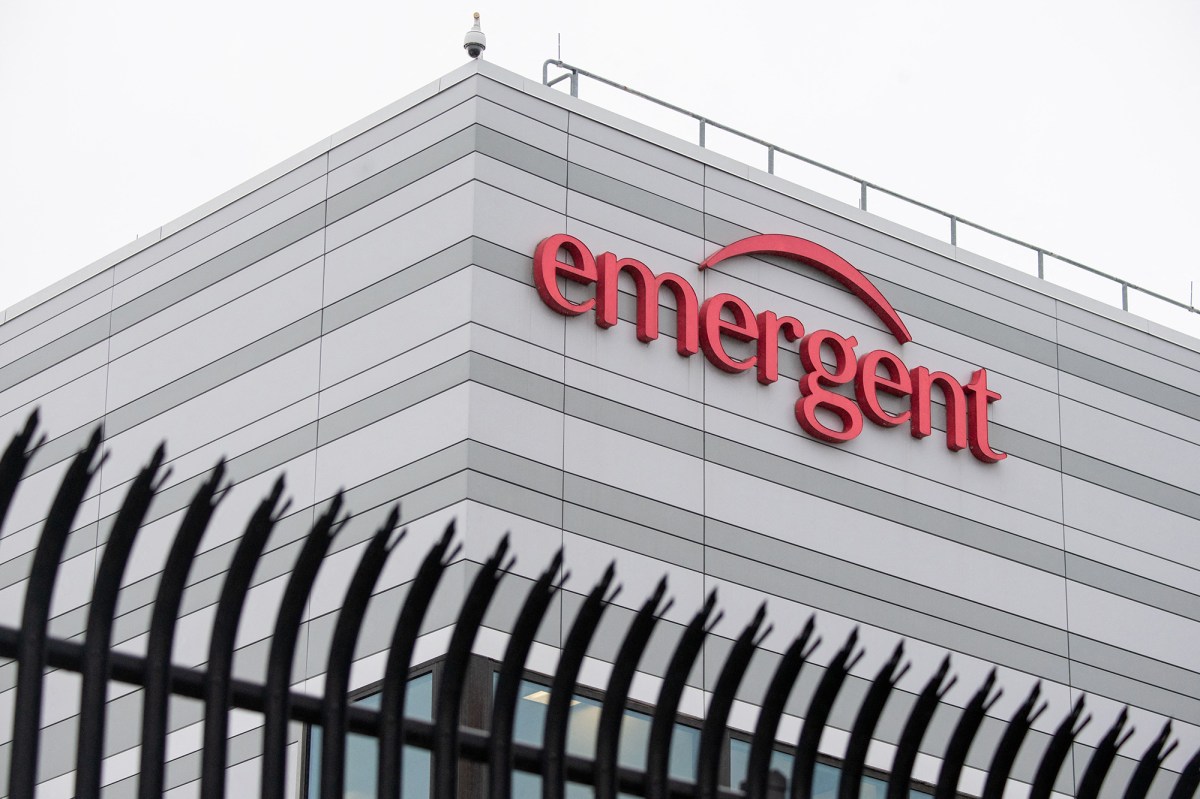 The CEO of the Baltimore lab that botched 15 million doses of the Johnson & Johnson vaccine last month sold more than $10 million worth of shares in his company before it disclosed the disastrous mistake.

Robert Kramer, chief executive of Emergent BioSolutions, sold the massive chunk of stock in January and February — when it was worth nearly twice what the $5.5 million it’s pegged at now following news of the bungle that resulted in millions of COVID-19 vaccines getting trashed, securities filings show.

When he devised a trading plan for selling the shares, 64-year-old Kramer — who had last sold shares in Emergent in 2016 — had already weathered problems at the facility last year in which other snafus resulted in smaller amounts of AstraZeneca’s and Johnson & Johnson COVID-19 vaccines being discarded.

The Baltimore-based lab, known as Bayview, manufactures vaccines on behalf of drug companies.

Citing a Securities and Exchange Commission rule on trading by company insiders, Emergent spokeswoman Nina DeLorenzo said in a statement that “all of Mr. Kramer’s sales were previously scheduled under 10b5-1 trading plans,” according to the Washington Post, which first reported on the stock sales.

But the company did not respond to questions about whether Kramer was aware of problems in Emergent’s production facilities.

“Mr. Kramer, our executive team, and our board of directors are held to the highest ethical standards and follow strict compliance with all laws and regulations governing financial transactions. Any insinuation of wrongdoing is without evidence or merit,” DeLorenzo said.

A spokesman for Emergent declined to elaborate on Monday.

Despite repeated problems at the facility, Kramer, who was named chief executive in April 2019, was awarded a 51-percent pay increase in 2020, bringing his total compensation to $5.6 million. On top of his $893,000 salary, Kramer received a $1.2 million bonus and $3.5 million in stock awards and options, according to a regulatory filing this month.

The last time Kramer sold his shares in the company in 2016, he and Emergent were sued by investors alleging that the company ran up its stock price by making “overly” positive statements about a government contract that would “significantly increase its deliveries” an Anthrax vaccine. Later it came out that the government had actually decreased its deliveries of the vaccine.

Kramer, then the chief financial officer of the company, netted $3.2 million by selling his shares in 2016, according to the report.

In the latest selloff, Kramer immediately sold off shares he obtained in January and February by exercising his stock options. In total, he gained about $7.6 million, securities filings show.

Last week, shareholders sued Emergent, Kramer and other executives in federal court in Maryland alleging that the company inflated its stock price by withholding the previous problems at its facility and touting its ability to make the vaccines.

Other law firms have said they are also investigating Emergent’s disclosures about the production problems, including a Food and Drug Administration inspector who in April 2020 found that the facility failed to follow testing procedures and adequately train its employees, according to the report.