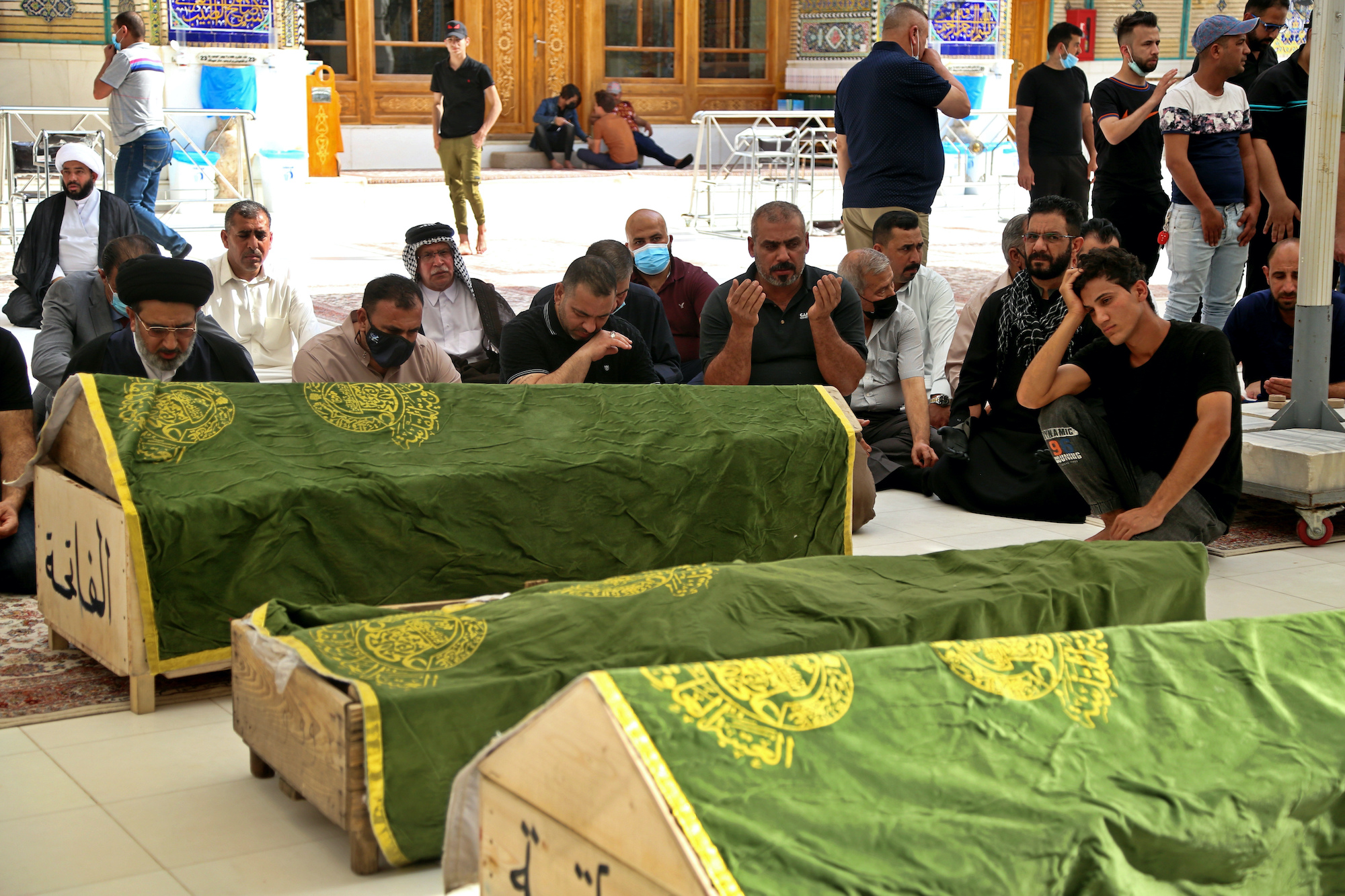 In March 2019, over 100 people died when a ferry capsized on the Tigris River near the northern city of Mosul. The boat overturned due to overcrowding and high water. A few months later, in September 2019, a fire ripped through Baghdad’s Shorja market, a major commercial area in the city, burning many shops to the ground.

Part of the problem is that laws and regulations governing public safety and health are old, said Yesar al-Maliki, an adviser to the Iraq Energy Institute.

“It has to do with the overall system. There are no detailed regulations and (standard operating procedures) on how to do basic things step by step, especially when handling risky equipment,” said Al-Maliki, who also worked in Iraq’s oil and gas industry.

“There needs to be specialists handling policy, regulation and implementation,” he said. “If there was a standard operating procedure on how to handle oxygen bottles, especially noticing wear and tear … This wouldn’t have happened.”

The prime minster convened the special cabinet session hours after the flames broke out. In addition to suspending the health minister, Hasan al-Tamimi, and Baghdad’s governor, the cabinet ordered an investigation of the health minister and key hospital officials responsible for overseeing safety measures.

The cabinet also fired the director-general of the Baghdad health department in the al-Rusafa area, where the hospital is located, and the hospital’s director of engineering and maintenance, according to a statement from the Health Ministry and the prime minister’s office.

“Negligence in such matters is not a mistake, but a crime for which all negligent parties must bear responsibility,” al-Kadhimi said Sunday after a meeting.

The United Nations envoy to Iraq, Jeannine Hennis-Plasschaert, expressed “shock and pain” over the fire in a statement and called for stronger protection measures in hospitals.

At the Vatican, Pope Francis, who concluded a historic trip to Iraq last month, remembered those who perished in the blaze. Addressing people gathered in St. Peter’s Square for his customary Sunday appearance, Francis mentioned the news of the dead. “Let’s pray for them,’’ he said.

Dr Lori’s Dumpster or no Dumpster