HomeSportsWhat comes next for Knicks will be fascinating
Sports

What comes next for Knicks will be fascinating 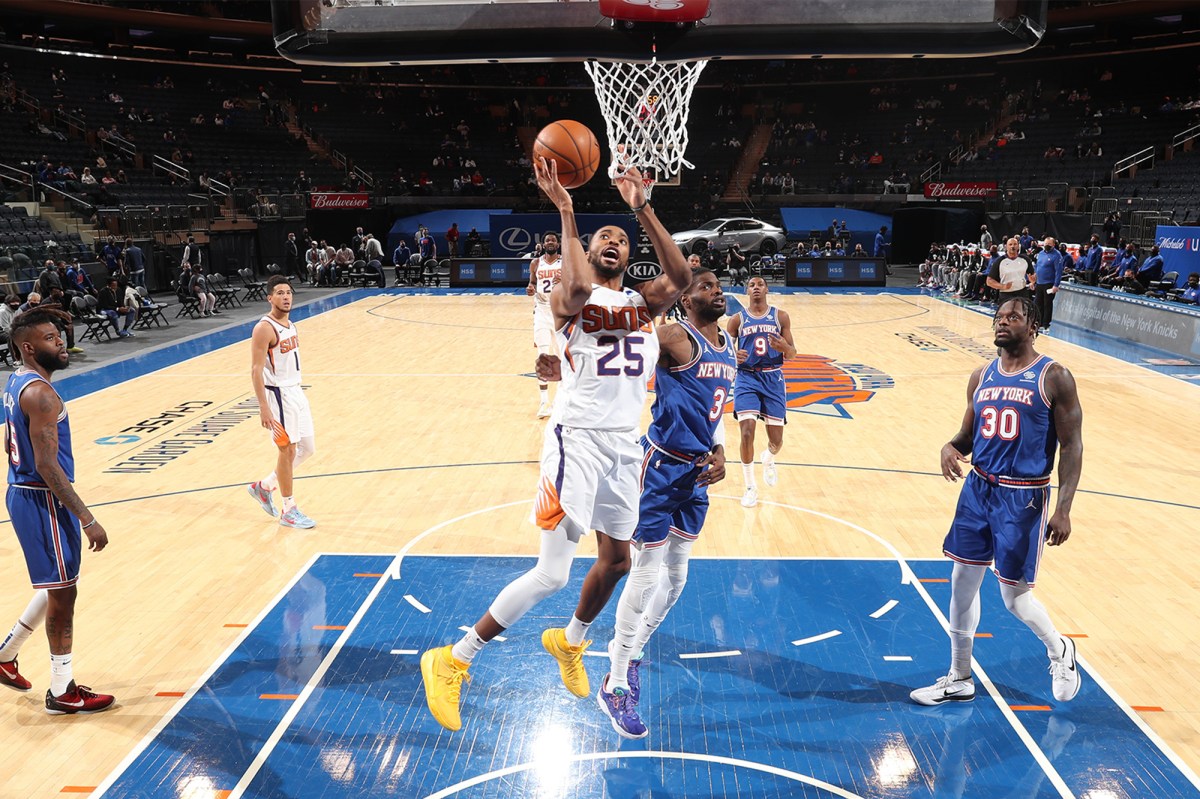 At the end, there were 2,000 voices pleading with the Knicks to finish this off, pleading with them to figure out a way to solve the Phoenix Suns and add a 10th straight win to the pile. The Knicks had built a couple of 15-point leads early but even then it all felt like fool’s gold, felt like this would be 48 minutes of struggle.

And here they were, careening toward the 48th minute.

Here they were, within four points with 3 ½ minutes to go. Derrick Rose had the ball and an idea to cut that lead in half, he was the only one of the Knicks’ front-line players who’d brought his A game to the Garden. The Knicks had just forced a shot-clock violation. There was a whiff of destiny in the air.

But Rose, to date the best acquisition of Leon Rose’s tenure running the Knicks, couldn’t convert the driving layup. A little air sagged from the balloon.

And then a couple of players who very well could have been Knicks shut the door on the night, on the game, on the winning streak. Mikal Bridges knocked down a 3, then made driving dunk. Then Chris Paul took over the rest of the way: a 21-foot stepback. An 18-foot prayer at the shot-clock buzzer. And a 25-foot 3.

Bridges and Paul shut the lights out at the Garden, kicked the plug out of the wall, the Suns walking away with a 118-110 victory that gave the Knicks not only a sense of what awaits them not only on the coming six-game Western trip — which will include a return date in Phoenix — but in whatever version of the postseason they can craft for themselves.

“They made all the right decisions at the end,” Derrick Rose said. “We were close but it wasn’t good enough.”

The fact that it was Bridges and Paul who scored the Suns’ last 12 points only added to the agita. The Knicks, under their prior regime, passed on Bridges out of Villanova in the 2018 draft, preferring Kevin Knox. Knox never left the bench Monday night. Bridges finished with 21 points. That choice haunts, and it will haunt for years to come.

Paul, of course, was represented by Leon Rose for many years and the Knicks courted him in the offseason. At the time it seemed something of a vanity play, adding a win-now point guard for a team supposedly sacrificing today for tomorrow. The season has played out differently than that. And Derrick Rose has done a wonderful job filling the same job Paul would have.

But it was Paul who delivered at the end Monday.

“You don’t have the type of record they have without being a high-quality team,” Knicks coach Tom Thibodeau said. “You won’t beat them playing well for 12 minutes.”

The Knicks led 30-15 after 8 ½ minutes. They built it back up to 44-29 two minutes into the second quarter. The Garden was loud and the Knicks were flying, and for a minute it really looked like the Suns — playing a back-to-back after getting hammered in Brooklyn Sunday afternoon — really might roll easily into victim No. 11.

But the Suns didn’t get that 43-18 record by winning a lottery. They have Paul. They have Devin Booker, who tortured the Knicks all game long (and not just because he was the kind of high-end Kentucky player the Knicks believed they were getting when they picked Knox over Bridges). Monty Williams, a good bet for Coach of the Year, has had them playing at a sublime level ever since they went 8-0 in last summer’s Florida bubble.

And so the streak ends before the homestand does, and for the first time in a few weeks we can re-examine the Knicks’ season-long ability to bounce back, a resilience that has served them well most of the year. They get the Bulls Wednesday, then a few days off before starting the trip with what should be a winnable game in Houston Sunday.

“We need to take a look at the film,” Thibodeau said, “and fix things.”

The streak? It was fun while it lasted. It turned Madison Square Garden into a festive place again, and made the city pay attention to the Knicks again. It was never going to last forever. It was always going to matter more what happened after the streak was done. And now we get to find out in a hurry what awaits on that side of the streak.