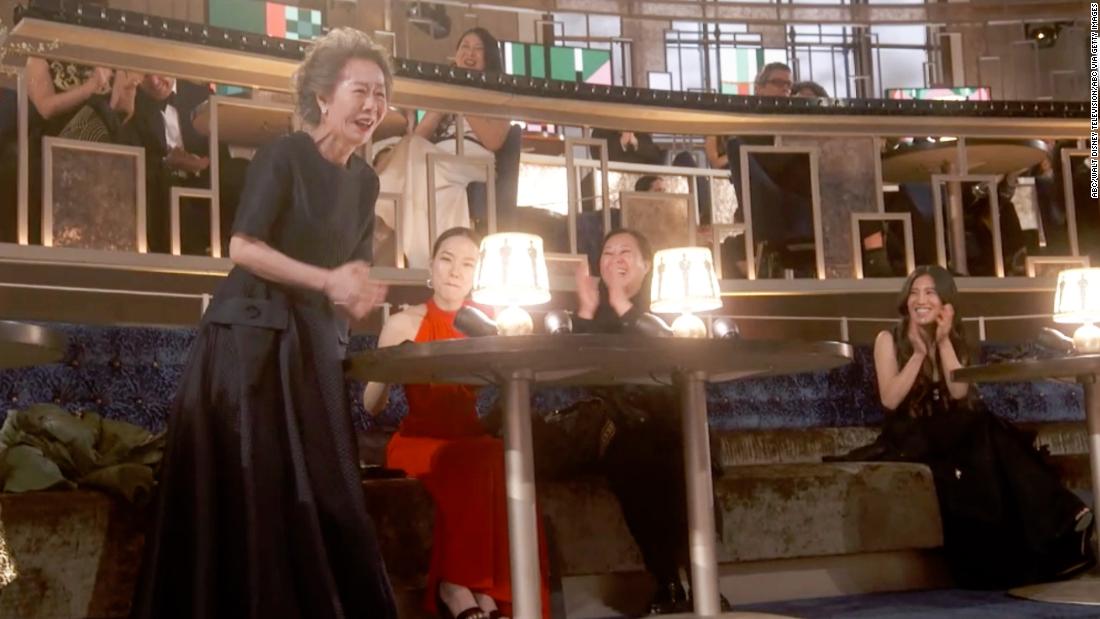 During her acceptance speech, Youn spoke about how she would watch the Oscars back home in South Korea, where she’s long been a film star, and that it was a surreal experience to be at the ceremony.

“Me, being here by myself, I cannot believe I’m here … let me pull myself together,” she said, before thanking the Academy.

“Minari” is about a family from South Korea who move to Arkansas to start a new life. It ends up being more challenging than expected, so their grandmother, played by Youn, comes to live with them.

The film, as well as Youn, have received critical acclaim throughout awards season, with Youn winning a Screen Actors Guild Award and a BAFTA before her Oscar win.

She explained how frequently her name has been mispronounced throughout her travels and said, “tonight you are all forgiven.”

Among her many charming moments on stage, Youn, who was presented the award by Brad Pitt, gushed a bit about their encounter.

“Mr. Brad Pitt, finally, nice to meet you!” she joked.

Ed Ward, rock critic for Rolling Stone and others, and historian for NPR’s ‘Fresh Air,’ dead at 72

Helmut Jahn, Chicago’s ‘star-chitect’ to the world, was the visionary behind United’s O’Hare terminal and Thompson Center

Kathy Ireland on launching a music label, facing rejection as an...